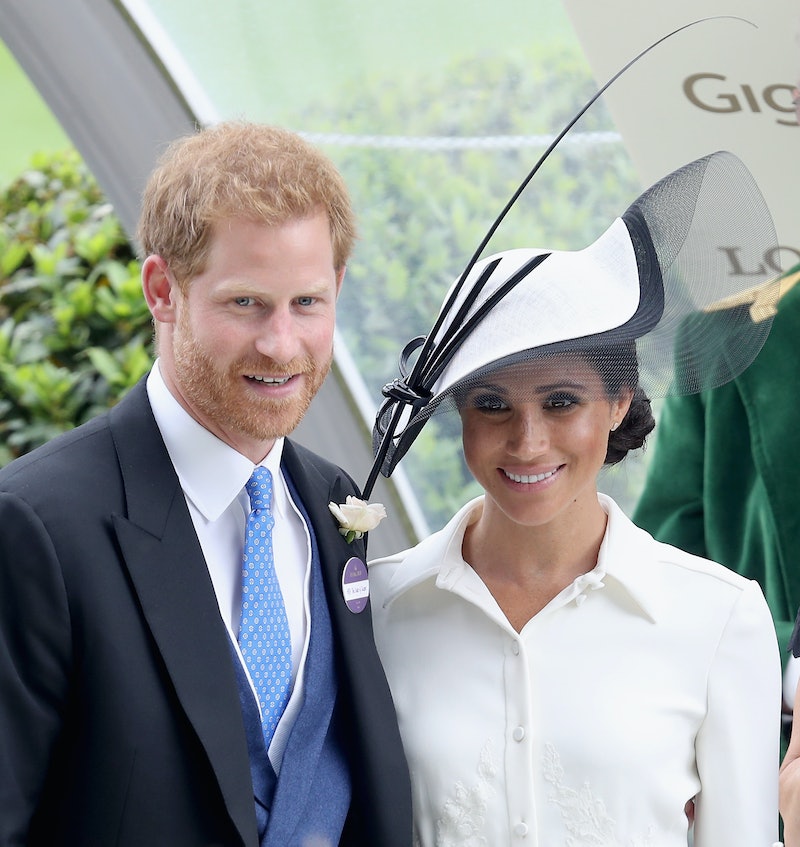 It's been two months since the royal wedding, and for those who love to follow the royals, it's time to find something new to obsess over. This is a roundup of TV shows and movies fans of the royal family should watch, especially if you need a new way to fill your time now that Prince Harry and Meghan Markle are wed. In the past couple of years, there have been several new films following the story of the royal family, from The Crown on Netflix to the Harry & Meghan: A Royal Romance Lifetime movie. The fascination with the monarchy goes back even further though, and even if it isn't specific to this period, there are plenty of movies and TV shows that should do the trick.

In May, Prince Harry and Meghan Markle made it official in an elaborate ceremony and reception at Windsor Castle. Much like Kate Middleton and Prince William's wedding before it, the wedding coverage is an exciting time for fans all around the world. It's no wonder that the period after can feel like a letdown, even if tracking Markle's latest outfits feels like a full-time job.

Luckily, there's plenty of royal material out there, whether it's fictional, autobiographical, or a documentary. This is the perfect time to marathon some royal movies and shows, so let's dive in.

In this classic Disney series, Mia Thermopolis discovers that she is the heir to the throne of the fictional city of Genovia. It holds up years later, and is perfect for anyone who needs more stories about an American swept up into the royal life. The movie also recently made its way to Netflix, so now's your chance to relive all its glory.

Netflix invested a lot in this series, which will follow the British monarchy from the crowning of Queen Elizabeth II to present day. Claire Foy was great at playing the queen's younger self, and Olivia Colman will take on the role in the upcoming season. The show will catch up with the present day soon, and fans likely can't wait to find out who will play Prince Harry & Meghan Markle.

The Crown might have the story of Queen Elizabeth II, but Victoria looks even further back into royal history. The show documents the monarch during Queen Victoria and Prince Albert's time, starting with her succession to the throne at age 18.

If you're fascinated by the love story between Queen Victoria and Prince Albert, The Young Victoria offers a deeper look at their relationship. The period piece starring Emily Blunt and Rupert Friend documents the story of the couple's infatuation and the extreme meddling from her family to gain influence over the throne.

In The Prince & Me, an American girl falls for and gets engaged to a prince far from the eyes of the media. She travels across the ocean to meet his family and become acquainted with the life of a royal — and wait, does this sound familiar? If you love the story of Prince Harry and Meghan Markle, this classic from 2004 is sure to be perfect for you.

There are many documentaries about Princess Diana, but her sons opened up about their relationship to their mother in Diana, Our Mother: Her Life and Legacy. This rare look at the family is the only time Prince Harry and Prince William reflected on Diana, who was an unmatched figure in the royal family.

This Oscar-winning movie follows King George VI, who struggled with a speech impediment when he ascended the throne. In 1939, he was forced to announce Britain's declaration of war with Nazi Germany over the wireless radio.

The Crown co-creator Peter Morgan made this feature-length film about Queen Elizabeth navigating the monarchy in the tumultuous years after Princess Diana's death. Helen Mirren won an Oscar for her titular role in the film, and the drama will be sure to interest fans of the Netflix show.

If you're looking for a period piece set in the United Kingdom, look no farther than the PBS series Downton Abbey. The show follows the fictional Crawley Family on their extravagant estate in the 1900s, and is worth watching for both the interpersonal drama and elaborate outfits and set pieces.

The Queen wasn't the first time Helen Mirren played a Queen Elizabeth, and she also appeared in the HBO mini-series Elizabeth I. The show follows over 45 years of the reign of the first Queen Elizabeth.

If you have the post-royal wedding blues and want more of Harry and Meghan's love story, there's a Lifetime movie about their relationship. The film follows their courtship from their meeting, which was set up through a mutual friend, through their royal engagement.

For Lifetime movie fans, Prince William and Kate Middleton have a movie of their own. It follows their courtship, from their time meeting as students to some of the trials of their relationship, through the royal wedding. It's so fun to watch these dramatizations of the royal romances, which are both pretty epic stories in their own right.

If you need more royal drama in your life, watch all four seasons of the Showtime series The Tudors. The show focuses on the Tudor Dynasty as a whole, but mostly follows King Henry VIII's forty year reign over England, and the women in his life, Catherine of Aragon and Anne Boleyn.

There are plenty of stories about Queen Elizabeth's royal years, but what about her youth? This movie is set on V-E Day in 1945, and teen princesses Elizabeth and Margaret spend a wild night out in London. If that doesn't sound exciting enough, this movie stars Bel Powley and Sarah Gadon, who are both up-and-coming talents.

If you are curious to learn more about the history of the U.K., Belle is set in 1783 and tells a fictional story about the England's Court of King's Bench, a real landmark decision that led to the Abolition of the Slave Trade Act in 1805. It's based on a real painting of Dido Elizabeth Belle, who was born in the West Indies before being entrusted into the care of Lord Mansfield in England.

Instead of telling the history of the monarchy, this story looks to the future. Following the funeral of Queen Elizabeth II, Charles, Prince of Wales ascends to the throne causing political drama.

This biographical drama starring Naomi Watts follows Princess Diana through her divorce with Charles, Prince of Wales, as she campaigns against landmines in Angola, and her reported affair with Hasnat Khan, the heart surgeon she was in love with during her final years.

If you can't get enough of Princess Diana, this television documentary will give even more insight into the royal. In 1991, Princess Diana sat down for a series of secret interviews about the abuse in her childhood, her rocky relationship with Prince Charles, and other important moments. It's one of the few documentaries that gives the story in Diana's own words, and the director Tom Jennings has said that he wanted to do the Princess of Wales justice.

19. Fergie & Andrew: Behind the Palace Doors

Of course, Princess Diana and Prince Charles relationship wasn't the only tumultuous romance in royal history. This television movie is based on real events, and follows the marriage of Prince Andrew and Sarah Ferguson from the beginning of their relationship through their separation.

The excitement of Prince Harry and Meghan Markle's wedding may be past, but there's still plenty to watch if you need more royals in your life. Over the years, there have been many documentaries and fictional stories about the monarchy created for film and television, and there's not many figures in history who haven't appeared on screen in some capacity or another. No matter what period of history you want, there's some royal film and television for you.