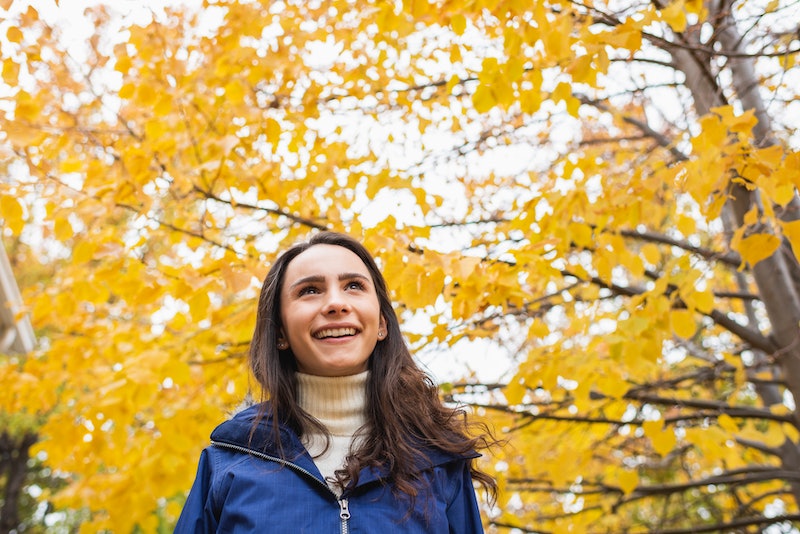 Since we learn so many negative things about periods from such a young age, being period-positive takes conscious effort. From hearing people act grossed out at the mention of menstruation to being told to cover up leaks, we get the sense that periods are embarrassing at best and outright shameful at worst. But the same way people spread these messages to us in subtle ways, equally small changes in our own behavior can lift the stigma on menstruation.

According to a survey by the tampon alternative FLEX, which helps make period sex less messy, 43 percent of women have been teased over their periods, while 58 percent have learned it's impolite to talk about menstruation. When we learn that it's bad to talk about something our bodies do, we may come to the conclusion that the thing itself is bad — and that our bodies are bad. And that needs to change.

The survey also found that 90 percent of women hide their tampons on the way to the bathroom. I was surprised to realize when I learned this that despite my own determination to normalize periods, I do this, too. Which doesn't make sense, if you think about it: We're OK with people seeing us go to the bathroom, which involves bodily functions itself, so why is menstruation the one bodily function we have to hide?

If you agree and want to end the embarrassment and anxiety many still feel around their periods, here are some ways to spread period positivity.

More like this
The Case For Following A Menstrual Cycle Workout Plan
By Emma McGowan and Carolyn Steber
25 Inspiring Quotes From Black Women To Celebrate Black History Month
By Kyli Rodriguez-Cayro and JR Thorpe
10 Primal Movement Exercises That'll Improve Your Mobility
By Carolyn Steber
Here’s What Health Means To People In 2023
By Isabella Biedenharn
Get Even More From Bustle — Sign Up For The Newsletter
From hair trends to relationship advice, our daily newsletter has everything you need to sound like a person who’s on TikTok, even if you aren’t.