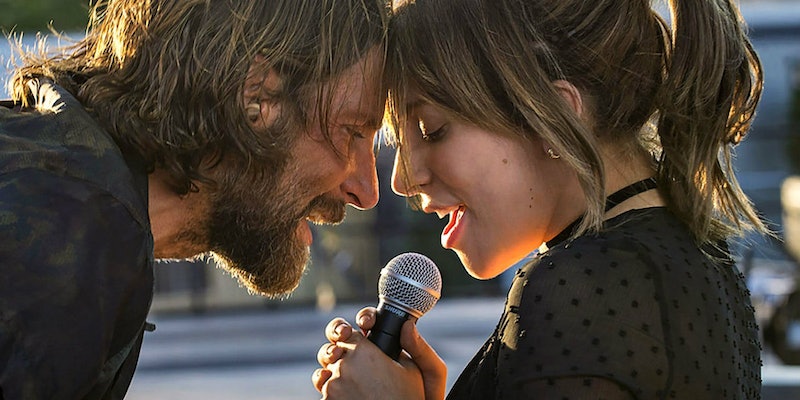 The fall season is right in front of us, and so are some of the best movies of the year. Since we need to pile on a few more layers as the seasons change, and have to trade our sandals in for flats, it's natural to want to get a little warmer by snuggling up to a special someone and catching a movie. Romance movies and rom-coms come out year-round, but there's something special about the fall that makes us want to relax a bit from summer traveling, BBQs, and trade in the big, loud blockbuster movies for something a little quieter, not to mention sweeter. Thankfully, there are a lot of romantic movies out this fall to satisfy that craving.

The upcoming months have plenty to offer, movie wise. There are a handful of true stories and biopics that are bound to win some trophies, plus some action-packed and heady science-fiction flicks to get you in the weird zone. As for romance, well, the fall has got that covered too. From Lady Gaga making her acting debut, to the creator of This Is Us making a movie (which I'm pretty sure is just a ploy to get us to cry in public), here are the fall romances and rom-coms to see with your sweetheart once the temperature drops.

Sure, August is technically still the summer, but chances are that we'll still be talking about Crazy Rich Asians and its all-Asian cast this fall. Constance Wu stars as an Asian-American woman who finds out that her boyfriend (Henry Golding) is basically Asian royalty, and Star Trek: Discovery's Michelle Yeoh co-stars as his mother out to break them apart.

2. Sierra Burgess Is A Loser (Sept 7 On Netflix)

There are many movie adaptations of Edmond Rostands 1897 play Cyrano de Bergerac, but this Netflix version flips the genders and sets the story in high school. The tale of hidden identity is perfect for a post-Catfish world and its message of self-acceptance seems well-suited for teenage romance.

This movie is from Dan Fogelman, the mastermind behind This Is Us, so be forewarned: someone's probably going to die, and it would behoove you to pack some tissues. The amazing ensemble cast includes Oscar Isaac, Olivia Wilde, Mandy Patinkin, Olivia Cooke, Laia Costa, Annette Bening, and Antonio Banderas.

This Netflix dramedy premiered back at the Sundance Film Festival and stars Paul Giamatti and Kathryn Hahn as a couple dealing with fertility issues. Tamara Jenkins (The Savages) returns to the director's chair for the first time in 10 years to bring audiences the tale of how a couple's love can survive through the toughest times.

This new 21st-Century take stars Lea Thompson as Marmee. One might think that a Civil War-set story doesn't lend itself to a modern adaptation, but the March sisters are universal in time. Little Women is mostly a coming of age tale, but the love stories most of the girls experience make for some swoony moments. As the girls navigate the transition between adolescence and adulthood, romance blossoms.

Lady Gaga makes her acting debut and Bradley Cooper makes his directing debut in this film about an aging musician looking for a spark and a newcomer with loads of talent. Who knows if Gaga can act or Cooper direct, but the soundtrack is probably going to be amazing.

Rupert Everett directs and stars in the tragic tale of writer Oscar Wilde. This LGBTQ romance drama details how his successful career was truncated by his imprisonment for being gay. And it looks like the film will utilize some of Wilde's actual writings. "I love him as I always did, with a sense of tragedy and ruin," he says in the trailer.

Jennifer Lopez returns to the big screen in this rom com from the same director that made 50 First Dates. J.Lo plays a 40-something woman whose career struggles lead to a case of mistaken identity and a posh new job. Everybody's fave TV boyfriend, Milo Ventimiglia, plays hers.

So grab your hankies and your sweetie, because fall 2018 is a good time to fall in love at the movies.

This article was originally published on July 31, 2018