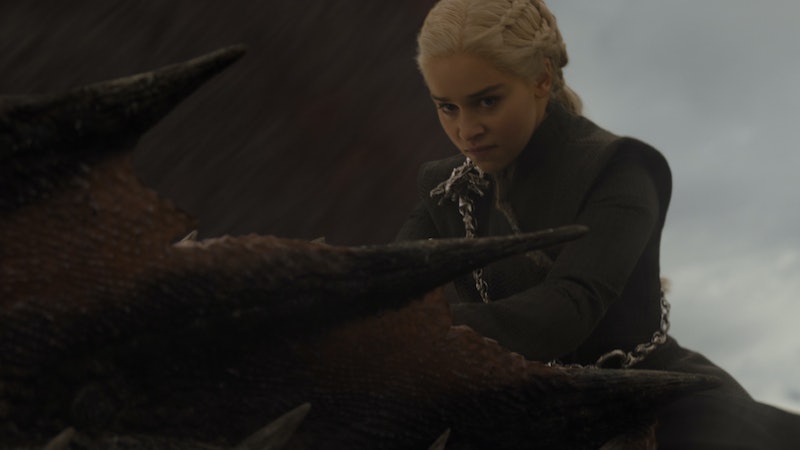 Daenerys Targaryen has long been the MVP of Game Of Thrones, and is the character who deserves the Iron Throne the most. But lest you forget, the HBO show can be utterly vicious when it comes to honorable leaders (RIP Ned Stark), so there's a very good chance that Daenerys will die in the final season of GOT. Sure, she could escape the fate that others pursuing the Iron Throne have met, but Game Of Thrones has dropped a few clues that Dany will die. So before GoT returns for its finale season, go back and review all the hints about Dany's fate in Season 8 the series has dropped thus far.

There are theories that Season 8 will kill another one of Daenerys' dragons. But their mother might also be in trouble — especially if a Season 8 rumor is to be believed. Potential spoilers ahead. Watchers on the Wall reported that a big scene was being filmed at the Dragonpit and all of the major players were there — except for Emilia Clarke. Of course, that doesn't definitely mean that Daenerys had died before that scene, but Khaleesi's death is certainly on people's minds. And that's in part thanks to these nine clues from Game Of Thrones itself.