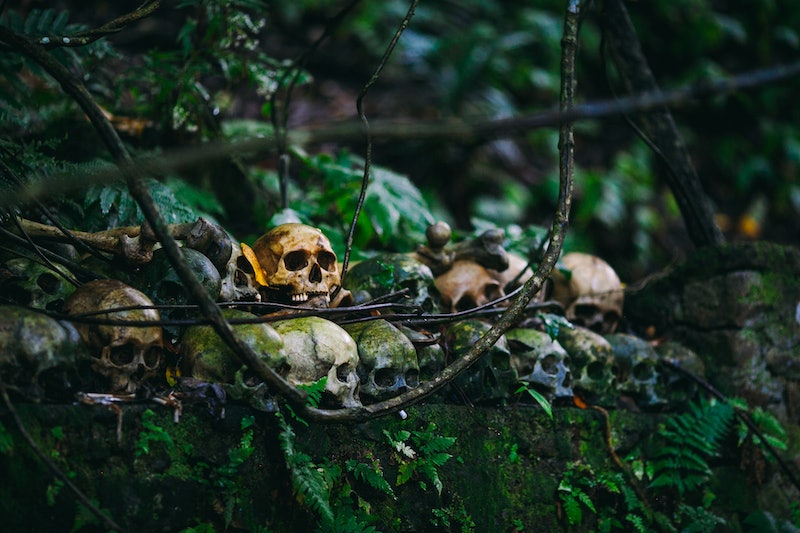 We all deal with death in different ways. Indeed, as them any myths about death in cultures from around the world demonstrate, there are as many ways to understand death as there are people in the world. What most of them have in common, though, is that they try to make sense of something that is inherently unknowable. Of course, myths are far from the only way humans attempt to comprehend death; some of us might do everything from reading about unusual ways people can die to purposefully experiencing a simulated death in the pursuit of that comprehension. There aren’t many wrong ways to go about it — but it’s interesting to me that this common thread, this need to make something we can’t fully understand at least partially knowable, runs through beliefs that are as wide and varied as it’s possible to be; it speaks to the universality of death, and as fractured as our world often seems these days, I’ll take whatever unity I can find.

Many cultures and belief systems have extremely specific “origin-of-death myths” — myths that attempt to explain how death came to be and why humans die (kind of like really morbid Just So stories). Equally prevalent are mythological beings and creatures associated with death, whether they actually cause death or merely warn of its approach. Even simple superstitions get passed down from generation to generation, with the meanings and origins of them sometimes obscured by time, but by no means lost.

This isn’t to say that every member of every culture subscribes to each and every one of the myths and stories these belief systems share, of course; that’s the beauty of it all: We’re all free to pick and choose the beliefs that make the most sense to us and discard those that don’t. All we have to do is be respectful of each other’s beliefs, even if we don’t believe them ourselves.

What do you believe?