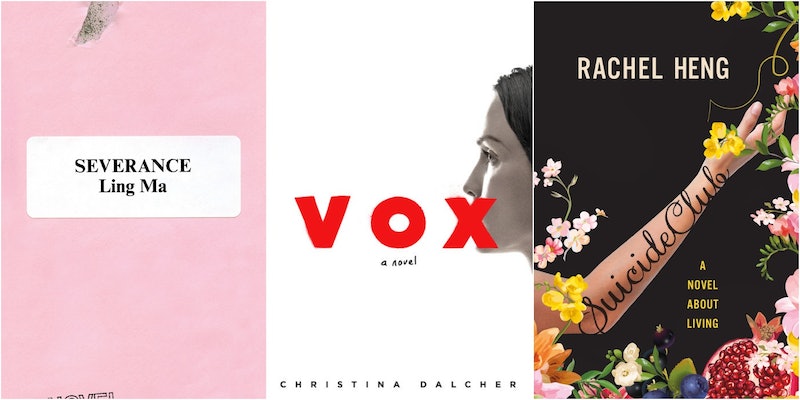 You don't have to look far in 2018 to find dystopian narratives in one form or another. If I'm being honest, all you really have to do is turn on the television and flip it to any news station to see a true story that feels like something out of an Orwellian nightmare. But if you're looking for something a bit more fictional, then fear not, because there are plenty of new dystopian novels you can read if you can't get enough of the reinvigorated genre.

For a great many number of people, 2018 has felt like a dystopian novel playing out in real life. The past year has been filled with terrifying true stories of sexual assault, child detention, natural disaster, domestic terrorism, police brutality, and so many other things that seem like they're ripped from the pages of a Margaret Atwood novel. Maybe that is why the genre appears to be more popular than ever, because it just feels so topical, to timely, so relatable.

In the past two years, dystopian literature has made something of a comeback. Following the election of Donald Trump, the sales of classic books like 1984 and Brave New World skyrocketed. More than one major network/streaming service decided it was time to tackle series and film adaptations of some of the most well-known dystopias, including Hulu's wildly popular The Handmaid's Tale and HBO's less well-received Fahrenheit 451. But it isn't just old stories being made new again. There are also plenty of authors writing modern dystopian stories that reflect the realities of today.

If you want a taste of what today's dystopian literature has to offer, check out these nine new novels about climate change, reproductive rights, the apocalypse, and more.