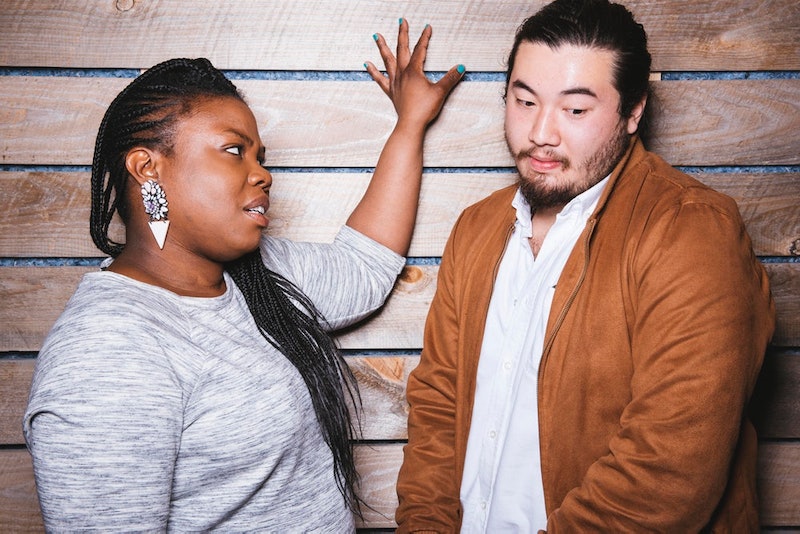 "The seven-year-itch is real," author and life coach Jaya Jaya Myra tells Bustle. "Just ask any of your married (or divorced) friends." Interestingly enough, the seven-year itch isn't typically due to any big relationship problems. "The tendency to separate at or around the seven-year mark has much more to do with little things not being right than one major big problem," she says. "Maybe seven years is the threshold for our psyche to deal with lots of those little irritations before we finally get fed up."

It does make sense. If you're going to make it to seven years, there probably hasn't been any major red flags. But the little things do add up. As licensed psychotherapist and IMAGO Relationship specialist, Josh Magro, LMHC tells Bustle, things like blame, criticism, contempt, a lack of boundaries, stonewalling, or attempting to change your partner are some of the worst pitfalls he sees. "While any one or two of these would not immediately spell 'death' for a relationship, they erode the foundation of the relationship and can worsen over time," he says.

So here are some signs that your relationship might not make it past seven years, according to experts, and what to do about it.