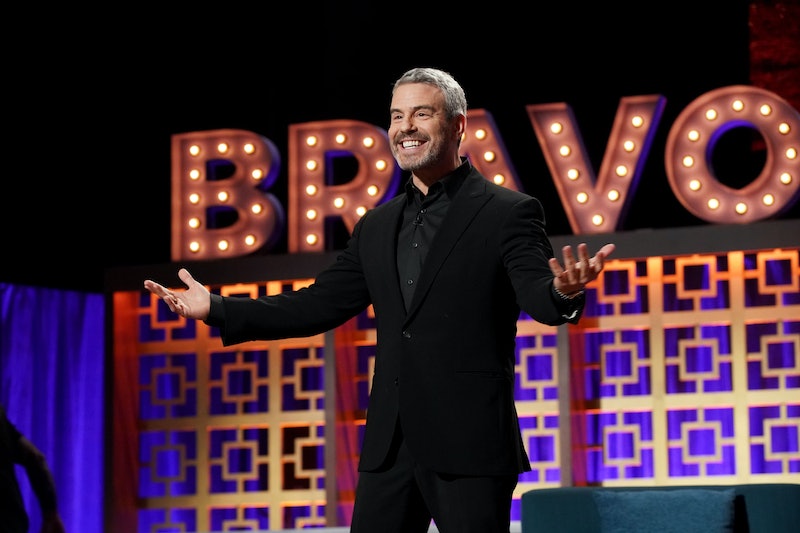 A piece of news that will make Bravo fans anything but salty: The Real Housewives of Salt Lake City will be the next in the franchise, executive producer Andy Cohen announced at a Saturday, Nov. 16 panel at BravoCon 2019 in New York City. "We've always tried to choose a city that has completely unique personalities and we also try to throw a little curveball now and then. Pick somewhere you weren’t expecting," Cohen told the audience, per People. "We are very excited to travel to Salt Lake City, Utah!"

Cohen noted during his Ask Andy BravoCon question and answer panel that although fans "didn't see it coming," he thinks they're "going to be really surprised and intrigued by" the new group of women. "In Utah, you have the majesty of the mountains, the Mormon religion, an exclusive community of people who have very successful businesses who live in their own universe. It is gorgeous," he added, also according to People.

Bravo elaborated in a press release the same day that The Real Housewives of Salt Lake City will takes viewers into "an undiscovered world that is about so much more than religion, although the Mormon church is undeniably engrained in the culture." Like its Housewives franchise counterparts, the new Bravo series will, naturally, feature luxury homes, shopping sprees, and multi-million-dollar businesses and brands, per the network.

A potential premiere date, along with the names of the RHOSLC cast members are forthcoming, but Bravo did give a few hints about the type of women who are joining their reality TV family. The network's press release described "Type-A power-brokers" who are "accustomed to rubbing elbows with A-listers and what party list you are on means everything." Among their mastered skills: running wildly successful enterprises by day and enjoying après ski at the finest resorts by night, all the while raising extraordinary and unconventional families. In Salt Lake City, notes Bravo, "perfection is not an aspiration, it's a mandate."

Just months ago, however, Cohen claimed Bravo wasn't looking to add a new city to the Housewives franchise, saying, "It seems like we're good right now," during a May "For Your Consideration" Emmys event. He also revealed that Greenwich, Connecticut, Chicago, San Francisco, and Houston were all among rejected Real Housewives cities that producers had selected casts for in the past, but "just didn't work," per Bravo's The Daily Dish.

Which qualities do make for a must-see TV Housewife? Cohen explained during the May panel that they start by finding women who are "aspirational" and "have their own identity," according to Bravo. Producers also look for a group of friends "who are on the society pages and belong to country clubs." After whittling down the pool to about 10 women, they find connections, create "a little diagram," and make their picks.

"You know, it's funny, they're the same kind of format, if you want to call it a 'format,' but they all feel completely different, like really different ecosystems in every city," he added. While it will surely piggyback on some tried and true Housewives tropes, Salt Lake City will surely have a personality all its own.