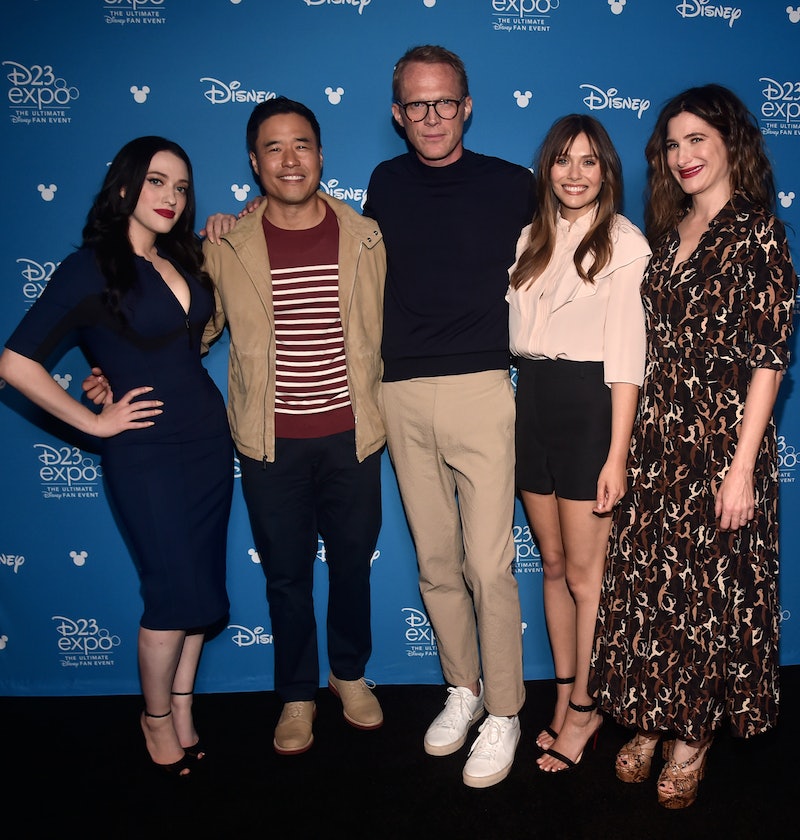 Get ready for so many inclusive marvels to behold. The Marvel Disney+ announcements from the 2019 D23 expo underscored perhaps some of the studio's most inclusive casts of superheroes to date. Among the new series that Marvel Studios president Kevin Feige highlighted during the Aug. 23 Disney+ First Look Showcase at D23 in Anaheim, California included: WandaVision, She-Hulk, Loki, Falcon and the Winter Soldier, Moon Knight, What If...?, and Ms. Marvel.

In WandaVision, Elizabeth Olsen will reprise her MCU role of Wanda (aka The Scarlet Witch) to explore her romance with Vision (played by Paul Bettany). Hers, of course, is just one of the many strong women who will be featured after Disney+ launches on November 12. Olsen gives the credit to Feige for that — and much more.

"I think Kevin's just always tried to be with the times. I think it's not just women ... I think it's people of color," Olsen told Variety on an Aug. 23 D23 red carpet. "Especially with all the announcements they just made at Comic-Con, all those casts are the most well-represented casts they've had yet. He knows what's going on, he wants to push everything forward. I think he's just a smart man with a good heart and a good moral compass with good values."

Here's a roundup of some of the most interesting Marvel Disney+ tidbits — including major casting announcements — from D23.