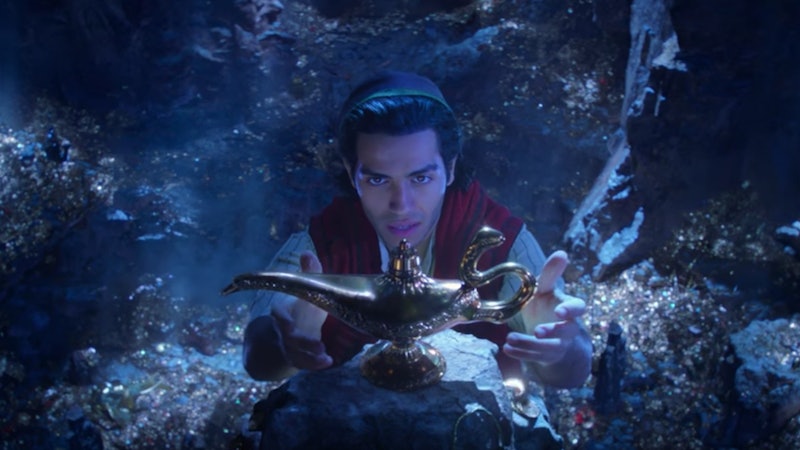 Now that Season 1 of The Mandalorian has come to an end, everyone needs something new to watch to fill the Baby Yoda-sized hole in their hearts. Luckily, with everything new that's coming to Disney+ in January 2020, there's guaranteed to be something worth streaming for any possible mood or event to help tide everyone over until the Mandolorian returns in the fall of 2020.

In addition to new movies and full seasons of classic Disney Channel sitcoms, January 2020 will also bring the Season 1 finale of High School Musical: The Musical: The Series as well as brand new episodes of The World According to Jeff Goldblum and Encore! For those more interested in indulging their more nostalgic side, Disney+ is adding full seasons of the animated shows that '90s kids grew up on, including The Proud Family and Muppet Babies.

However, when it comes to Disney's January 2020 streaming releases, the big stars of the show are the movies that will finally be available for fans to watch over and over again. Still have Princess Jasmine's song, "Speechless" stuck in your head? The live-action Aladdin reboot is hitting Disney+ this month, so that you can introduce everyone else to the magic of Agrabah. What about a heartwarming throwback starring Shia LaBeouf? You can rewatch Holes once more before heading to see his new movie, Honey Boy.

From nostalgic favorites to drama-filled finales, here's everything headed to Disney+ in January 2020.

Chilling Adventures of Sabrina fans who are looking for a good, old-fashioned "Habrina" fix can take comfort in the four seasons of the musical Disney Channel series Austin & Ally. Instead of facing off against dark magic, this time, Ross Lynch plays Austin, a charismatic singer learning to work with a songwriter who is his complete opposite.

Fresh from starring in Even Stevens, Shia LaBeouf plays Stanley Yelnats, a young boy whose long-standing family curse results in him getting sent to reform school for an infraction he didn't commit. While there, he and his campers are tasked with digging holes in the desert in order to learn their lesson — but they actually end up stumbling upon a mystery involving a forbidden love story and buried treasure.

This 2012 World War II epic from director George Lucas centers on the 13 black cadets who were chosen to become the Tuskeegee Airmen, a group of fighter pilots who fought oppression, self-doubt and institutional racism to play a major role in the U.S. Army. Red Tails also features Michael B. Jordan — A.K.A. Killmonger himself — in one of his first big film roles.

Hosted by Agent 13 herself, Emily VanCamp, Marvel, 75 Years: From Pulp to Pop chronicles the history of the legendary comics imprint, from the early days of Captain America and Spider-Man to its current domination of the superhero movie genre.

Before Penny, Oscar, Trudy, Bebe, CeCe and Suga Mama return for new episodes sometime in 2020, catch up on all of the original antics of The Proud Family, now that the first two seasons will be available to stream on Disney+. Besides, you know you've missed singing along to that theme song.

Want to go on a magic carpet ride? Disney+ has you covered with the live-action reboot of Aladdin, starring Mena Massoud, Naomi Scott and of course, Will Smith as the Genie. After all, the best way to combat the freezing cold temperatures of January is by curling up on the couch with a colorful Disney classic.

Here's the full list of everything heading to Disney+ in January 2020:

Out There with Jack Randall (Season 1)

The World According to Jeff Goldblum (Episode 109—“Coffee”)

Forky Asks a Question (“What Is Cheese?”)

The World According to Jeff Goldblum (Episode 110—“Cosmetics”)

Pick of the Litter (Episode 104—“Next Level Training”)

More like this
The 'Hocus Pocus' Sequel Finally Has A Release Date & It Makes Total Sense
By Shannon Barbour and Radhika Menon
All The Marvel Easter Eggs You May Have Missed In ‘Ms. Marvel’ So Far
By Kadin Burnett
Emma Thompson, Lashana Lynch, & Stephen Graham Lead Netflix’s 'Matilda'
By Sophie McEvoy
Here’s Everything Coming To & Leaving Netflix In July
By Grace Wehniainen
Get Even More From Bustle — Sign Up For The Newsletter