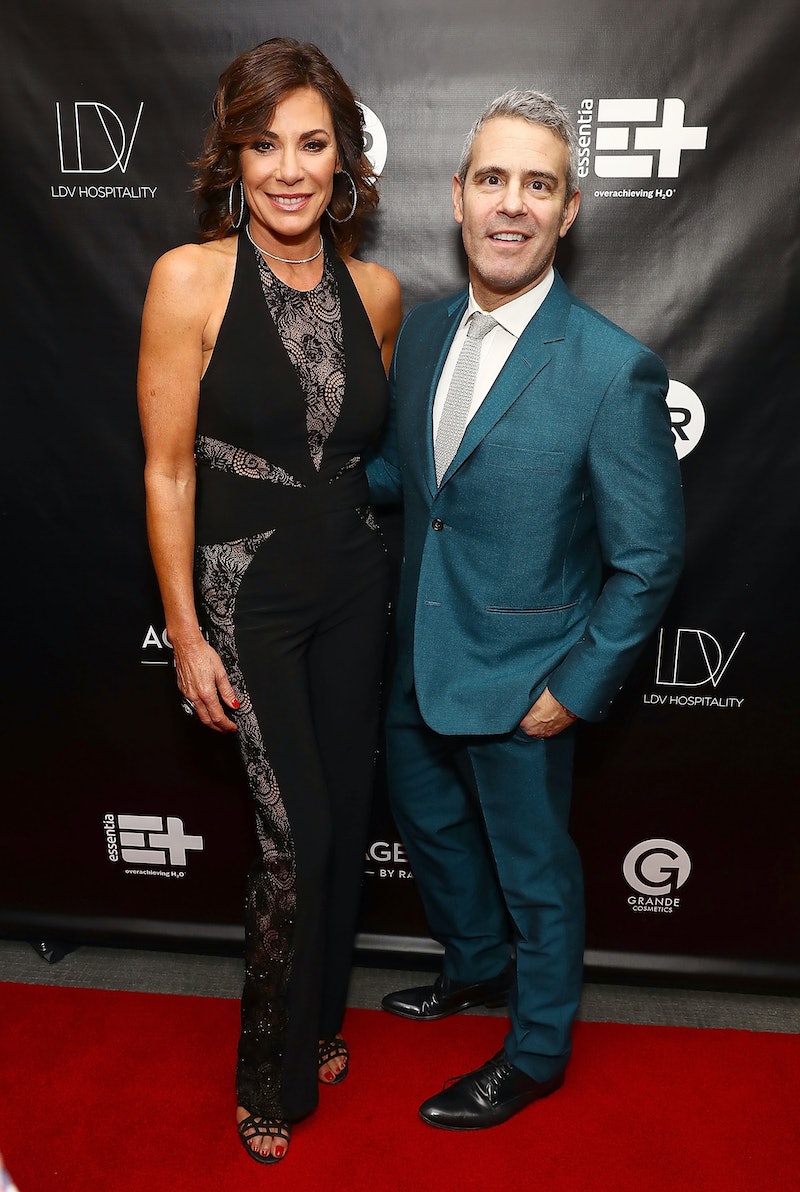 During Monday's SiriusXM's Radio Andy Live, Andy Cohen revealed Luann de Lesseps will be discussed at the reunion, despite her absence. The confirmation comes on the heels of People reporting Monday that not only has Luann checked back into rehab for the second time, but that she will miss Real Housewives of New York City Season 10 reunion. Per Andy, it's all for the best and he absolutely supports Luann.

"[Luann's] making the decision that is healthy for herself and you can do nothing but support that," Andy said. "She’s been through it. We send our love to Luann." He also admitted Luann returning to treatment and her struggles will not be ignored. He said, "We’ll talk about it. We will talk about it."

Reunion host Andy isn't one to gloss over any issues, despite how uncomfortable or unfortunate they may be, so it's no surprise that the Countess will be part of the reunion in the form of conversation. Her struggles have been a big part of this season, including her December 2017 arrest and her going to rehab for the first time. On Jan. 23, she tweeted she was home from rehab.

Fans have watched Luann navigate her life post-arrest with her choosing to enter a treatment facility and to stop drinking alcohol (she celebrated six months of sobriety in July), so it only seems appropriate for Andy and the other women to talk about everything at the reunion. It's unclear how much time will be dedicated to Luann and what she's dealt with in the past and presently.

Upon announcing her decision to reenter a treatment facility, a statement was given by her co-star, Bethenny Frankel. According to People, Bethenny was the only person given permission by Luann "to speak on her behalf." (Bustle also reached out to Luann's agent for further comment, but did not receive an immediate response.)

In her statement given to People, the Skinnygirl mogul said,

Bethenny's statement didn't stop there and she later added Luann is trying to work on herself, so she can get back to doing what she loves — cabaret.

Bravo also released a statement to People regarding the "Money Can't Buy You Class" singer's choice, which read: "Bravo supports Luann's decision to focus on her health. She is part of the Bravo family and we continue to stand by her as she copes with this challenging situation. At this time, we hope everyone will respect her privacy."

Bethenny also told People in her statement Luann's break stems from "recent additional family stress." She didn't elaborate, but it could be related to The Blast's July 12 report about the Countess being sued by her first ex-husband, Alexandre de Lesseps, and their two children, Victoria and Noel de Lesseps. In court documents obtained by The Blast, the trio filed a lawsuit against the Housewife claiming a Bridgehampton, New York home previously owned by the former couple was sold by Luann for $8 million, which she allegedly used to pay for a $3.1 million home nearby.

However, the court documents reportedly state she breached a stipulation of her divorce settlement by not using the money to create a trust "for the benefit of her two children." Apparently, the documents state if Luann were to sell the Bridgehampton home and bought a new one, Victoria and Noel would be given shared ownership. But, that reportedly didn't happen. (Bustle has reached out to Luann's agent for comment about the lawsuit, but didn't receive an immediate response.)

It certainly isn't an easy time for the Bravolebrity, but let's hope rehab helps her in the best way possible. It doesn't sound like the reunion would have been a good idea for Luann, so it's probably best she's skipping it this time.