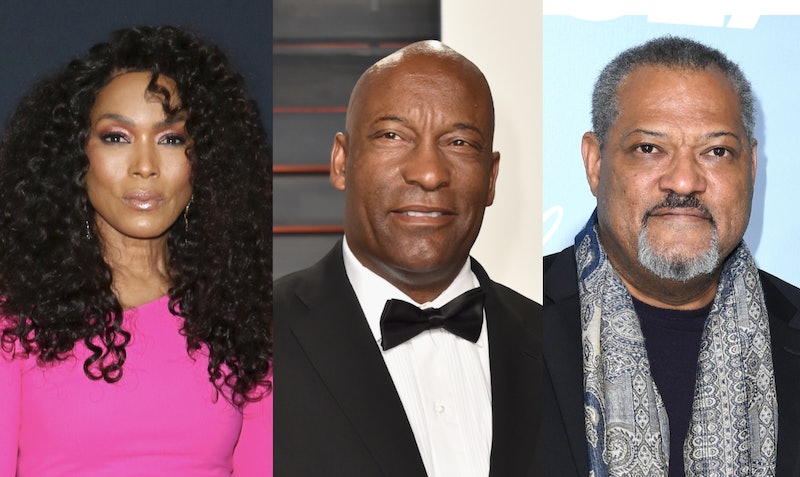 With his 1991 directorial debut, John Singleton made history. Boyz n the Hood earned Singleton an Oscar nomination for Best Director, making him the first Black person in that category, as well as the youngest at age 24. And in the almost 30 years following, only five other Black directors have been nominated in the same category. He may not have taken home the Academy Award in 1992, but Singleton's decades-long legacy is undeniable — he brought the stories of underrepresented communities to the big screen in films like Poetic Justice, Higher Learning, Rosewood, and so many more. In the wake of his death at age 51, Hollywood has been paying tribute to Singleton and celebrating what his legacy truly means.

In a statement on Monday to Bustle, Singleton's family confirmed the news of his passing:

Soon after, memorials spread across social media — highlighting his impact on the film industry, including kickstarting so many careers. As his family's statement said, "John loved nothing more than giving opportunities to new talent and his films came to be known for career -making roles with actors who the industry would come to embrace; talents such as Tupac Shakur, Regina King, Cuba Gooding Jr., Terrence Howard, Ice Cube, Tyrese and Taraji P. Henson."

Singleton's family also noted, "John was such a supernova in his youth that we forget that he was only beginning to fully assert his gifts as a director." His gift really was appreciated by so many; Bustle received statements from a handful of Hollywood talents, who reflected on what Singleton's impact meant to them.

Angela Bassett appeared in Singleton's Boyz n the Hood and shared what a memorable first impression he made:

“I met John as a recently graduated first-time writer/director embarking on his nascent film career. I will forever remember him fondly from our first meeting during the audition process. He exuded many things that day...awareness, openness and above all, enthusiasm! Over the years, he never lost or left any of that behind. He provided and possessed a clarity of vision that I appreciate from that day till this. He gave a voice and an opportunity to many. Count me in that grateful number.”

Courtney B. Vance earned an Emmy for his role in The People vs. OJ Simpson, and it was during that very project where Singleton helped him power through "challenging" scenes. Vance said,

“I had the tremendous opportunity to work with John Singleton as a director on The People vs O.J. Simpson, which became one of the defining moments in my career. One of those episodes directed by John titled 'The Race Card' opens with an emotional scene of Johnnie Cochran and his daughters being pulled over by an ill-intended police officer, as well as an epic courtroom scene between Cochran and Darden where the two men have the ultimate confrontation. As a black man, father, and actor, those were very challenging scenes for me, but they were also so very important to tell the full story of Mr. Cochran, the man and attorney. John understood that and worked with us to bring those scenes to life in the way only he could - unapologetically honest and true. John was truly one of a kind and his voice and presence will be deeply missed. But the spirit of his extensive body of work - and the trails he has blazed for generations of filmmakers - will live on. Thank God for that.”

Like Bassett, Laurence Fishburne also appeared in Boyz n the Hood and reflected on his connection to the director over the years:

"First I’d like to express my condolences to John’s family. His was a unique voice in the cinema. The cinema was more than just Movies to John. It was his language, his expression, his art. His passion for cinema was as boundless as his imagination. His talent as a writer and director was extremely rare. I loved him like a brother... I am heartbroken...

I shall miss you very much xox

Following the news of Singleton's passing, comedian and actor Ron Funches tweeted about how the director paved the way. Funches expanded on that in his statement:

"John Singleton allowed me to see myself on screen and told stories that resonated with me and weren’t just white stories told with black actors but black stories from a black perspective. He showed that black characters could be diverse and strong and flawed and that hard work and sticking to your vision pays off."

These are just a few of the many who were touched by Singleton's career. As seen in social media tributes from the likes of Janet Jackson, Regina King, Ava DuVernay, and Jordan Peele, his ripple effect was felt far and wide.

Editor's Note: This post will be updated as more tributes come in.