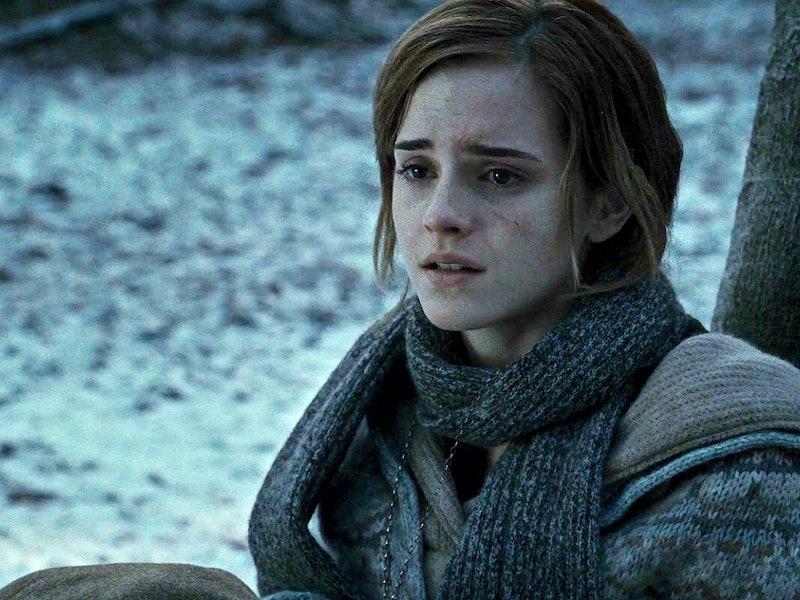 Every year, on the anniversary of the Battle of Hogwarts, J.K. Rowling takes to Twitter to apologize for yet another one of the heart-wrenching character deaths in Harry Potter and the Deathly Hallows. And while my response to that will always and forever be to hold up a boombox to her window and belt "too late to 'poligiiiiize, it's too laaaaate" at the top of my lungs, these annual apologies are a fitting testament to how, even to this day, the deaths of her fictional characters affected our little '90s baby psyches. Show me a Harry Potter fan who doesn't remember exactly where they were when they read the harrowing conclusion of the series and the exact number of people they terrified with their tears, and you'll show me a LIAR.

But as blatantly and plainly tragic as a lot of Harry Potter was, there are plenty of other things beyond the narrative we didn't give consideration to that could, quite frankly, break our little nerdy hearts all over again. And with that in mind, I challenge any Harry Potter fan to get through this post of sad facts, questions, and head canons about the series without openly weeping by the end. (Full disclosure: I have teared up at my desk several times over the course of writing this like the grown ass human adult that I am, so I've already failed.)

Anyway, this has been thoroughly depressing and EXCEPTIONALLY angsty, so if you had other plans today... might as well cancel 'em. If anybody needs me, I'll be under the covers, wondering what possessed me to write this in the first place and repeatedly sobbing "All was well" until it feels like it is again.