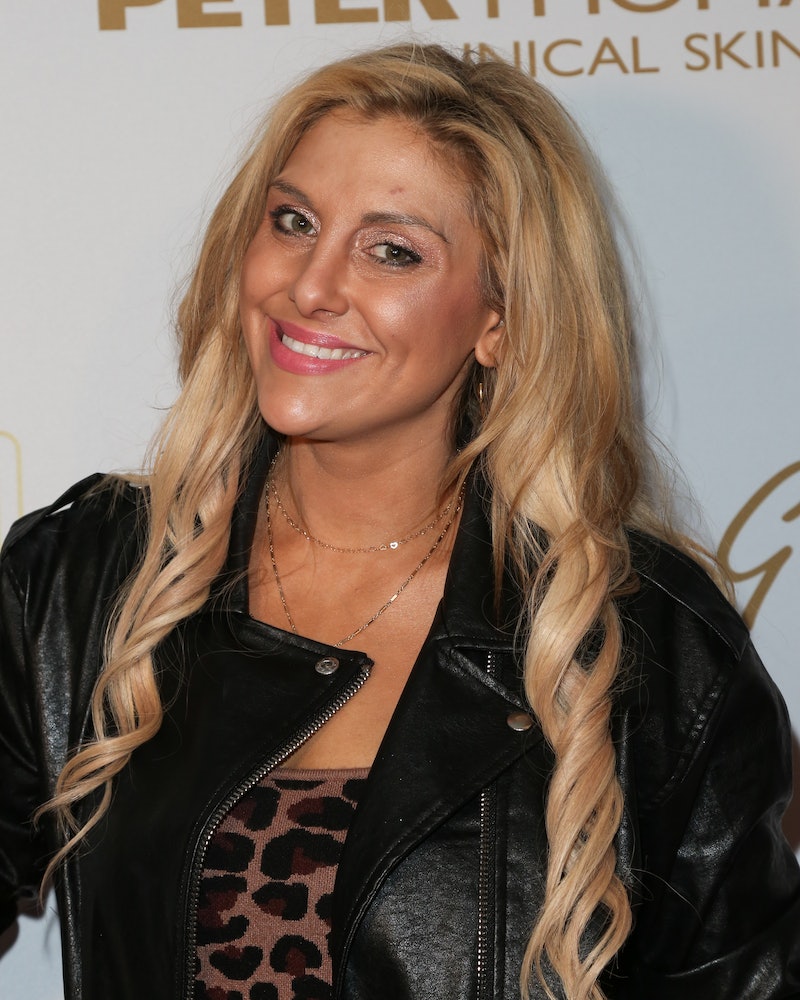 Real Housewives of Orange County fans know that Gina has always spoken truth about her divorce — even if it sounded funny when she said it. Following a sweet June 11 Instagram birthday message for her estranged husband, however, her social media followers are wondering if Gina from RHOC and Matt are back together.

Just what did the Long Island native say to raise these Bravo stans' eyebrows? In addition to a carousel of nine lovey pics — including wedding photos and multiple beach shots — from over the years, she wrote the following:

"Happy birthday to the man who has held my hand for the last 14 years despite the ups and downs. Thanks for being the best father to our kids, and the best friend a girl could ask for. Wouldn’t want to take on this crazy life with anyone else. Like you said, “I’m your person and you’re mine.” ❤️ Happy Birthday Matthew. 🎂"

Gina's social media followers immediately flooded the post's comment section with speculation that she and Matt must have reconciled. Others, including some of Gina's fellow Bravolebrities, added other shows of support. While RHOC castmates Kelly Dodd and Tamra Judge liked the IG post, the OG of the O.C., Vicki Gunvalson, added a comment that seemed to further fuel the rumors: "So sweet and I’m so happy for you." (Replied Gina, "️❤️ u Vic.") Meanwhile, RHOC alums Gretchen Rossi added that she loves how Gina and Matt "can get along so well still," while Lizzie Rovsek astutely observed that the pair looks "gorgeous together!!!"

Either way, hers wasn't exactly the kind of message someone usually writes to their ex. Then again, Gina and Matt have never really had a super conventional relationship either. As RHOC viewers saw on the Bravo reality show, Matt spent weekdays by himself at an apartment in Los Angeles close to his job, while Gina remained with their children, Nicholas, Sienna, and Luca in the O.C., where Matt would spend the weekends.

Adding to outsiders' confusion: Gina had never even been to Matt's L.A. apartment during their marriage. She never saw that as odd, however. "It's so far away! Everybody gives me crap about that, too," Gina told Bravo's Daily Dish last year. "It's a good almost two hours away. It's like a crash pad. It's like a crappy apartment... it's not like he's a bachelor in LA. And there's no reason to go there."

Following their divorce after seven years of marriage that Gina announced in April 2018, their living arrangement essentially didn't change. Matt still lived and worked in L.A. during the week and when he'd return to the family's Coto de Caza home on the weekends, Gina would stay in a "casita" on the same property.

“It’s working for us,” Gina admitted to Bravo's Home & Design in October. “It’s kind of annoying to have to kind of pack up and move here and move there, but I’d rather it be annoying for me than annoying for the kids. And Matt has to do it regardless because he works there and the kids are here, so it’s just kind of the new normal for us.”

In a separate interview with E! News the same month, Gina further defended her unusual relationship with her estranged husband:

"Matt knows 100 percent I have his back and we are in this together and we're a family and that's how we've always been. Although we don't have this romantic connection anymore, it doesn't mean you can't be family anymore. This idea that you're divorced and no longer family to me is so backwards and dated and old school and I refuse to subscribe to it and we're doing the best that we can to keep our family together. It just looks different now."

Have Gina and Matt since reconciled? Is this all just part of their new school approach to divorce? With a new season of RHOC on the horizon, fans will likely have to tune in to Bravo to find out the full story from Gina herself.