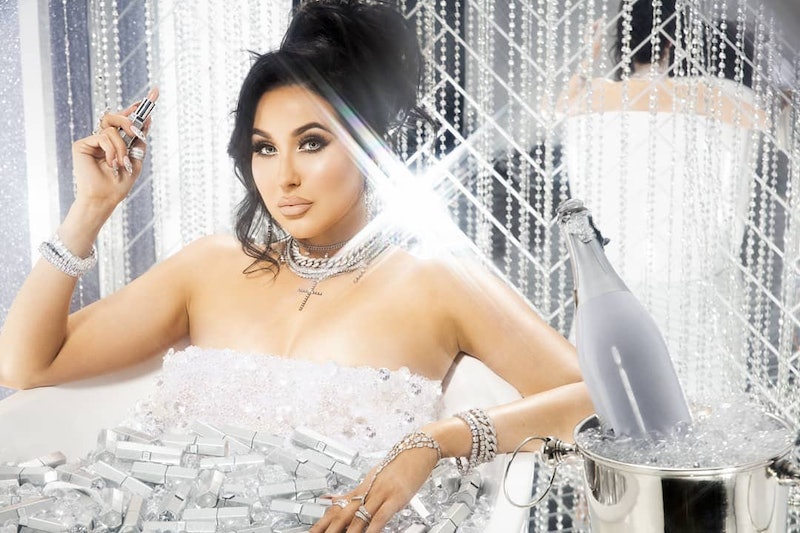 Apparently, everyone does need the perfect nude lip because Jaclyn Hill's So Rich lipsticks are nearly completely sold out. It has been under 24 hours since mega-popular YouTube beauty guru Jaclyn Hill launched her eponymous brand, and clearly, her 20 shades of nude lipsticks were a hit. What's left in the brand's first launch, though? Fans who didn't hop on the launch immediately will have to wait for more to come back around.

As of press time, the majority of Hill's lipsticks are sold out. Of the single lipstick bullets that retail for $18, there are only 8 out of twenty shades left. As for the four lip trios for $49 each, they're completely gone. If you wanted to own all 20 of Hill's nudes lip colors from her Power Nudes collection that retailed for $295, you'll be disappointed. The full bundle is also sold out.

Don't get despondent just yet, though. Hill made clear in her announcement video that her brand wouldn't be a "one hit wonder." According to a story posted to the brand's Instagram account, it hopes to have all of the lipsticks restocked by the end of June. While no specific date was given, that's only a month away. If you wanted that $295 bundle, started saving your pennies now because it's likely coming back in just a few weeks.

For fans of Hill, the news that her lipsticks are nearly totally sold out won't come as a surprise. Fans of the guru have been waiting several years for the release of her brand, and it's something the guru is totally willing to make fun of herself for.

The Jaclyn Hill Cosmetics owner has been teasing lipsticks for a few months now. In fact, back in January, a fan asked the YouTube star what the first product would be from the brand, and Hill responded with a lipstick emoji signaling what the first launch would be.

Now, Jaclyn Hill Cosmetics has officially launched, all of her most loyal fans finally had the chance to shop Hill's creations. Clearly, they took advantage of the opportunity.

Now, fans are no longer waiting for the brand. They are awaiting the brand's restock. However, Hill seems to be telling them that there's more than just restocks coming down the road. In her announcement video, she tells her fans that there is much more coming from her eponymous brand. In fact, she explains that she's wearing many of her lab samples on her face during the video. Technically, fans have already gotten a sneak peek at the next big launch from Jaclyn Hill Cosmetics. They just don't know what it is.

For now, though, Hill hasn't revealed what's coming next, but given fans' reactions to her lipsticks, whatever does come is almost sure to sell-out. Until then, Jaclyn Hill loyalists will just have to wait until the end of June for the restock of her So Rich lipstick collection. When the times comes, though, you may want to move fast. Clearly, these products won't be around forever.