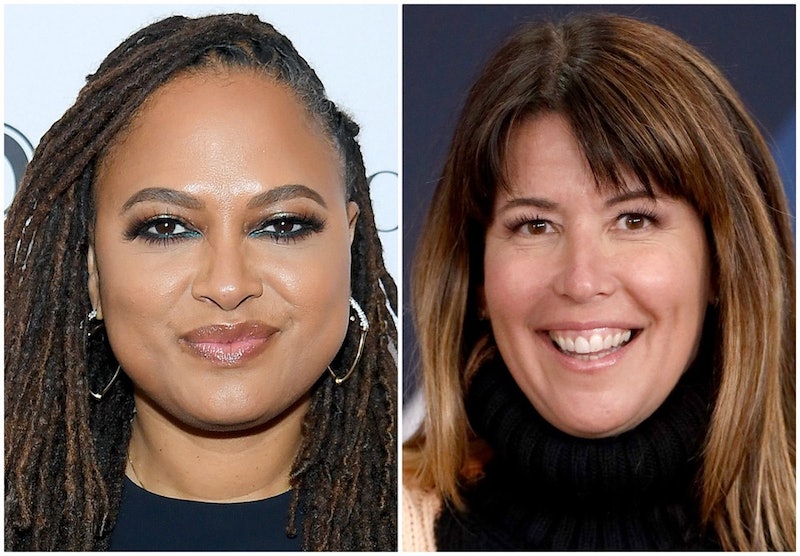 After the debut of the Baby Yoda figurine, Funko continues to give the people what they want: Ava DuVernay and Patty Jenkins Funko Pop dolls, the toy company’s first ever figurines of women directors. DuVernay and Jenkins will soon join a roster of male directors who have already been graced with Funko figurines, such as Taika Waititi, Guillermo del Toro, J.J. Abrams, and more. While a release date has yet to be announced for both female figurines, Funko offered a glimpse of the new additions on their official website earlier this week.

DuVernay’s Pop is donned in her signature glasses, jeans, sneakers, and a black ARRAY shirt; ARRAY is DuVernay’s film distribution company dedicated to the “amplification of images by people of color and women directors of all kinds,” as per its website. Funko’s description reads, “Celebrate the Oscar-nominated and Emmy-winning filmmaker who became the first black woman to have a film nominated for Best Picture at the Academy Awards with Selma, and... the top-grossing black woman director in American box office history with A Wrinkle in Time.”

As for Jenkins’ Pop, the figurine sports her signature ombre hair, a white jumpsuit, and an olive coat. “Celebrate Patty Jenkins, one of the highest-grossing female film directors of all time,” Funko’s description reads. “Her global and critical smash hit movie Wonder Woman quickly became part of the zeitgeist of 2017, and her follow up Wonder Woman 1984 is due to hit theaters in summer 2020.”

Funko’s new figurines comes amid some Golden Globes controversy after women directors were snubbed in nominations. More notably, DuVernay’s When They See Us, the Netflix drama that chronicled the narrative of the Central Park Five, had been shut out from the 2020 nominations announced on Monday, Dec. 9. The Globes’ Best Director category includes Todd Phillips (Joker), Bong Joon Ho (Parasite), Quentin Tarantino (Once Upon a Time in Hollywood), Martin Scorsese (The Irishman), and Sam Mendes (1917).

On Monday, DuVernay seemingly responded when she reshared a tweet that read, “I hope @ava is having an amazing morning. That’s it. That’s the tweet.” DuVernay wrote, “Thank you. I am! These things are a cherry on top. The sundae is yummy with or without it. And this one has been particularly delicious. Okay, now I want ice cream. Xo”

More like this
Twitter Is Identifying With Sally Field & Jane Fonda’s Friendship In New Viral Video
By Jake Viswanath
At 28, Rosie Perez Risked Her Career To Stop Playing Stereotypes
By Gabrielle Bondi
Here’s Everything Coming To & Leaving Netflix In February
By Jake Viswanath
Adam Ali Hopes 'Waterloo Road' Will “Subvert” Queer Misconceptions
By Sam Ramsden
Get Even More From Bustle — Sign Up For The Newsletter
From hair trends to relationship advice, our daily newsletter has everything you need to sound like a person who’s on TikTok, even if you aren’t.