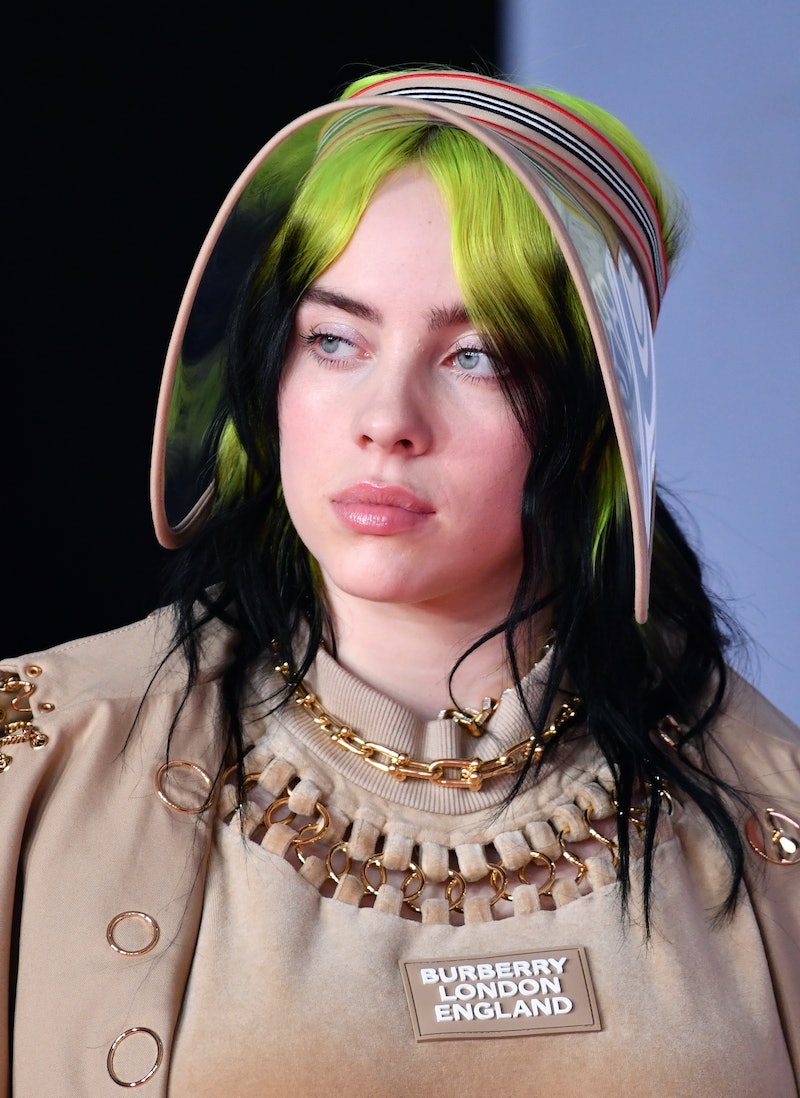 Billie Eilish has something to say to white people who refuse to understand what the Black Lives Matter movement is all about. In a passionate Instagram post shared on Saturday, May 30, Billie Eilish slammed "All Lives Matter" supporters, telling them to "shut the f*ck up" and listen to the black community. The singer's post came after four nights of anger and protests across the country in the wake of George Floyd's death.

Eilish began her post by explaining that she was "trying to take this week to figure out a way to address this delicately," and "think through what I say and how I say it," but that she had finally reached her breaking point and couldn't hold back any longer. "If I hear one more white person say ‘All Lives Matter’ one more f*cking time I’m gonna lose my f*cking mind," she wrote in all caps. "Will you shut the f*ck up?"

Eilish continued by breaking down why the phrase "All Lives Matter" is insulting to the black community, writing that she was trying "to explain this as if you were a child" in order to help people understand. "Society gives you privilege just for being white. You can be poor, you can be struggling, and still your skin color is giving you more privilege than you even realize. Nobody is saying that makes you better than anyone. It just lets you live your life without having to worry about surviving simply because of your skin color!"

Eilish also seemed to address President Trump's tweet calling the protestors in Minneapolis "thugs" and threatening violence against them by highlighting his very different reaction to protests from people protesting nationwide stay-at-home orders. "If all lives matter why are black people being killed for just being black?" the singer asked. "Why is it okay for white people to protest literally being asked to stay at home while carrying automatic weapons? Why is it okay for black people to be called THUGS for protesting the murder of innocent people? Do you know why???? White. F*cking. Privilege."

Eilish ended her post by pointing out that "the slogan of ‘Black Lives Matter’ does not mean other lives don’t," but that it's "calling attention to the fact that society clearly thinks black lives don’t f*cking matter! And they f*cking do!" Eilish has also shared resources to support the Black Lives Matter movement on her Instagram page, encouraging her followers to "speak up" against injustice.

Eilish is far from the only celebrity to publicly speak out about the reaction to protests about Floyd's death: Cardi B shared a video defending the protesting and looting in Minneapolis, while Taylor Swift called out Trump for "stoking the fires of white supremacy" with his tweets about the demonstrations. And on May 30, Beyoncé shared a video asking for "justice" for Floyd, in which she said, "No more senseless killings of human beings, no more seeing people of color as less than human, we can no longer look away."

More like this
Katy Perry Regrets Not Working With Billie Eilish On “Ocean Eyes”
By Alyssa Lapid
Man Meets Politics: ‘Boy Meets World’ Star Ben Savage Is Running For Congress
By Jake Viswanath
Austin Butler Recalls Lisa Marie Presley Showing Him Elvis’ Bedroom
By Jake Viswanath
Linda Ronstadt’s “Long Long Time” Plays A Pivotal Role In The Last Of Us
By Brad Witter
Get Even More From Bustle — Sign Up For The Newsletter
From hair trends to relationship advice, our daily newsletter has everything you need to sound like a person who’s on TikTok, even if you aren’t.