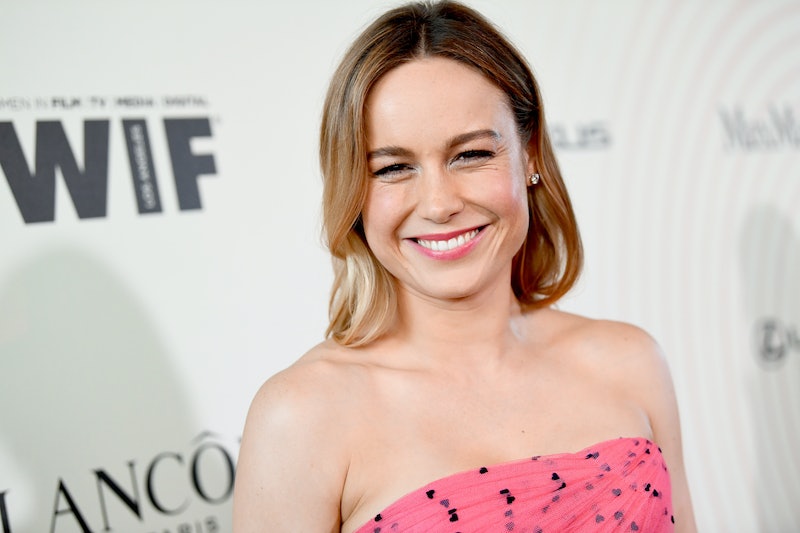 Not everyone would associate Marvel superheroes with "fallibility," but for actor Brie Larson, that seems to be the best part of her upcoming film Captain Marvel. The way she described it to Entertainment Weekly Brie Larson wanted to play Captain Marvel not because she was the Marvel Cinematic Universe's strongest hero, but for all the reasons she's immensely human — and part Kree as well. “You have this Kree part of her that’s unemotional, that is an amazing fighter and competitive,” Larson told the publication in a Sept. 5 interview. She added that it's just part of Carol Danvers' story.

As she described to EW:

She emphasized to the publication that the hero's flaws help drive Carol, rather than her superhuman strengths. Still, those aspects of hers — the imperfect ones — are what made her most interested in the role. Larson told EW that it took her some time to agree to do the film, and it was once she had a better understanding of Carol, and the filmmakers' vision for the role, that she got on board.

Since she had taken on several intense, emotional projects leading up to this film, Larson "was able to bring some of those same things that [she] brought to full dramatic roles into", Captain Marvel. It's something Larson told EW that she is "really proud of", as she feels "it will really set this film apart" from others in the MCU. “That is something that is really exciting to me about this film: We did not cut corners on that stuff,” the award-winning actress said. “Like, when it’s funny, it is funny, but also when there’s deep emotional things happening, it’s real."

Just one example: Instead of a film wherein she discovers her abilities, Captain Marvel begins when Carol already has them. As fans now know, she "joins the elite Kree military team Starforce," at the beginning of the movie, but heads back to Earth not long after, plagued by questions regarding "her past and identity". Those "moments of introspection," as described by EW, were what helped sell Larson on the character. In Larson's own words, “Just seeing a character who says how she feels and says what’s on her mind and doesn’t let people stand in her way is incredibly empowering."

But even those traits could be viewed as Carol's flaws. EW described the titular character of Captain Marvel as possessing a god's powers, but "anything but godlike" when it comes to her human characteristics. She's reportedly portrayed as "impulsive" and "at war with herself", as Carol learns to navigate — and integrate — both of her halves. Judging by her workout regimen, those halves are both pretty strong.

Per EW, months before Captain Marvel commenced filming, its star took up judo, boxing, and even some wrestling, incorporating them all into a strenuous workout routine. Larson should be in incredible shape on the big screen. She's also reportedly fallen in love with one of her new workouts so much — the art of judo — that she's half-considering trying to go to the Olympics for it in 2020. An Academy Award-winning actor, an activist, and potentially an Olympic athlete? Brie Larson really is a superhero.