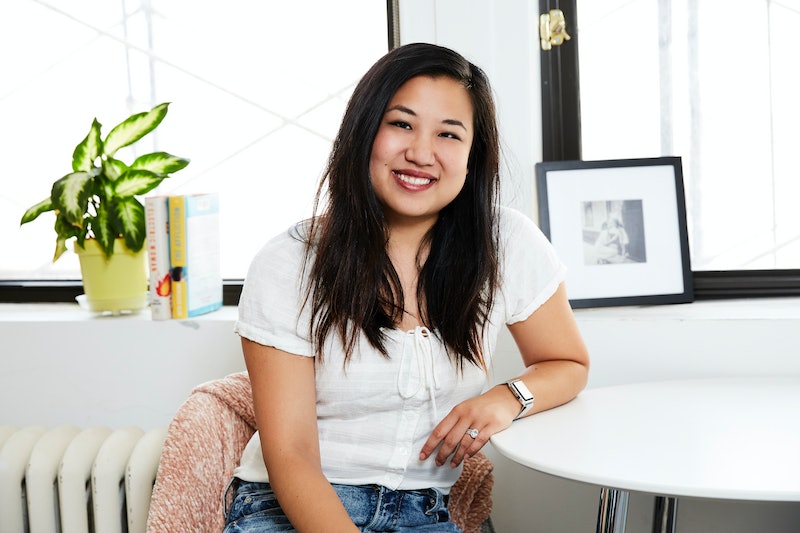 Change is one of those things that elicits wildly varied responses from us human people. Sometimes the change is exciting: a trip, a new relationship, a new living space. Sometimes it's painful, especially when it's the type of change imposed on us or those we love: a breakup you didn't initiate or see coming, a recurring illness, a change in policy or government that has a fundamental effect on the way life is lived. The kind of change — where it's out of our control, outside of our plan for ourselves — that really tests our spirit and character. And then there's a third type, the kind that's synonymous with taking control — the sort of change that was evident when we saw a record number of women run for office in the midterm elections, and then, as of Nov. 6, a record number elected to office. Oh, hell yes.

"You have to be your biggest advocate. No one's going to do it for you. It's a stunning realization."

So, basically, it's OK to have complicated feelings about change — to see the good, feel the bad, and acknowledge that sometimes they coexist, or are the impetus for each other. And that's why for Bustle’s November issue, Evolution, we wanted to honor change in all its forms, and all the different ways we feel about it.

There are few celebrities out there who have evolved more publicly than our cover star, Mandy Moore. In the late '90s and early aughts, Moore was ubiquitous, first through her music, and then in her early-acting-career roles in films like A Walk to Remember (which I have probably seen at least 10 times). And over the 15-plus years since, Mandy has continued to develop into the actor she is today, as one of the stars of NBC’s mega-hit This Is Us. In her interview with Bustle's SVP of Editorial Strategy Lindsay Mannering, she opens up about the "monumental shifts" she's encountered, and set in motion, throughout her personal and professional journey, and what she's learned along the way. Lessons like not believing that other people's choices or time should take precedence over your own, and that "you have to be your biggest advocate," as she puts it, adding, "No one's going to do it for you. It's a stunning realization.”

I am also one of those people who doesn’t believe in the idea of “regret” — every past decision that could be perceived as “wrong” provides information for use in the future, as long as you pay attention to the lesson embedded in it. And that’s probably why I love the new series we’re rolling out in this issue so much, called 28. In it, we ask women who are leaders in their fields or otherwise shaking things up creatively: What were things like for you at age 28? What were you thinking and doing at that age, and how did it lead to where you are now? In this inaugural edition, our Deputy Lifestyle Editor Kathryn Kattalia talks to Lindsey Roy, the CMO of Hallmark Greetings — and it’s a must-read.

I was also able to chat with my friend Laura Schocker, the editor-in-chief of Apartment Therapy, for the first full-article version of our Instagram Stories series Be My Guest. Laura also has a beautiful evolution story, one that involves her apartment of nearly a decade, her now-husband, John, and what it was like to combine their lives — through the lens of their decor. (Oh, and her apartment is obviously chock-full of very cool design and furniture inspo.)

Our fashion shoot in this issue is also dedicated to the concept of evolution in a way that I really love — the changing views around how much space a woman is “supposed” to occupy in the world. The idea of intentionally taking up space (all the space!) can sometimes feel revolutionary on its own — a revolution that, thanks to these (mostly) comfy pieces, we might all feel more comfortable participating in (*dons large parka indoors*).

I'm also thrilled to have Zerlina Maxwell writing in this issue. Zerlina, who is a leading voice on gender inequity and politics, unpacks what led us to this moment of a record number of women being elected to Congress — and what that means looking ahead. "Women are going to lead us into the future, and we aren’t going to wait for permission," she writes. "That is what the last year has been all about. Women stepping forward to tell their truth, and to run for office, and to win."