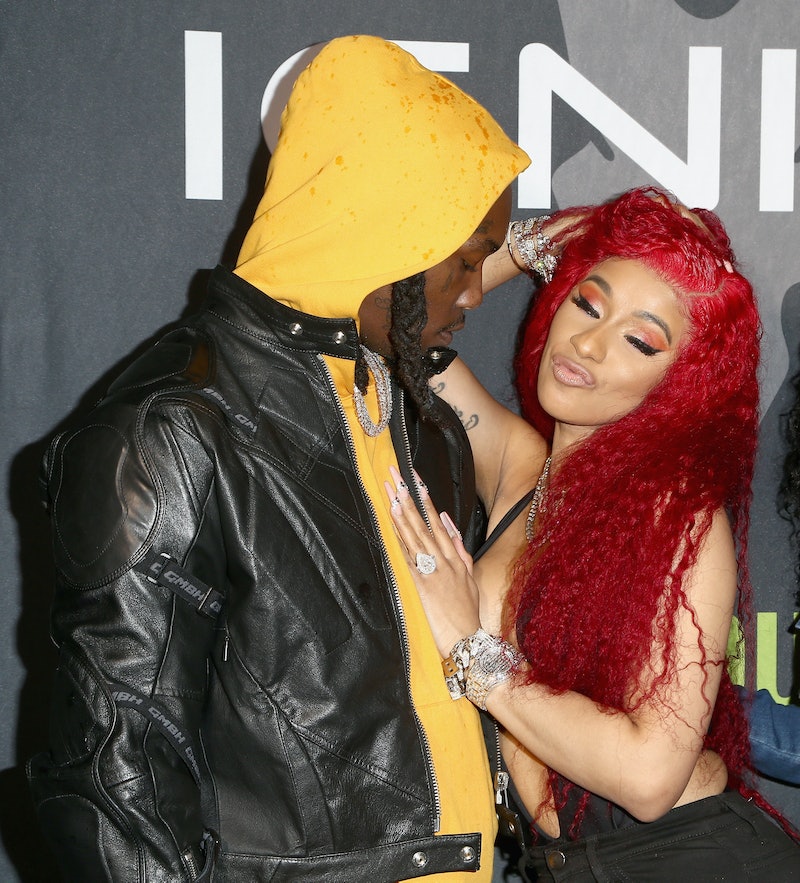 Every song Cardi B puts out becomes a major hit. She even won the Grammy Award for Best Rap Album. Conversely, her personal life has not been nearly as consistent. She and Offset split after a year of marriage in December. Still, they've been trying to work things out. And on Sunday, Cardi B posted the first family photo with Offset and their daughter Kulture on Instagram. According to the caption, the photo is from a vacation in Punta Cana when Kulture was three months old.

This family photo is a big deal for many reasons. First of all, it is a major indication that she and Offset are in a good place these days. It seems like they've been more "on" than "off" lately. After all, they did go to the Grammys together. He even hopped on stage when she won that award. Nevertheless, her fans are always looking for some relationship updates.

Second, Cardi B has actually been very private when it comes to sharing photos of her daughter. For the most part, the Invasion of Privacy rapper only posts photos of Kulture on her Instagram Story, which disappear after 24 hours. And when she does do that, her daughter's face is usually out of the frame — whether she's looking in the other direction, covered by a blanket, or even if there's an emoji superimposed over her face.

Interestingly enough, the first time that Cardi B shared a photo with Kulture's face front and center was right after she announced her split from Offset in December. In fact, it was that same exact day, Dec. 5, that little Kulture made her Instagram debut. Very intriguing timing with that post, huh?

Kulture's face has been missing from Cardi B's Instagram page ever since. On Feb. 11, Cardi B posted a video of Kulture with a giant heart eyes emoji front and center.

On Feb. 14, Cardi B shared a video of Offset playing with Kulture, but that same heart eyes emoji was hiding her face again.

The rapper doesn't always opt for the emojis to edit her daughter's face out of photos. On Jan. 27, Cardi B shared a photo holding her daughter on a private plane. The baby was swaddled in a blanket, shielding her face from the cameras.

The rapper shared a photo of her daughter rocking a diamond bracelet on Feb. 20, but her face was cropped out. Instead, the picture focused on the personalized bracelet around her baby wrist.

But on Feb. 21, Cardi B switched things up and treated her followers to an adorable video of Kulture smiling and bopping along to one of her dad's songs. And believe it or not, her face was fully visible.

However, it actually makes a lot of sense that Cardi B posted a video of Kulture rocking out to one of her dad's songs since his new album is actually called Father of 4. Offset even holds her on the album cover with his three other children.

For the most part, Kulture is living a pretty low-key life. Well, as low-key of a life that she can live with two famous parents who have a big following on social media. Nevertheless, it's still nice to see some family photos and videos, especially since Cardi B and Offset appear to be back together.