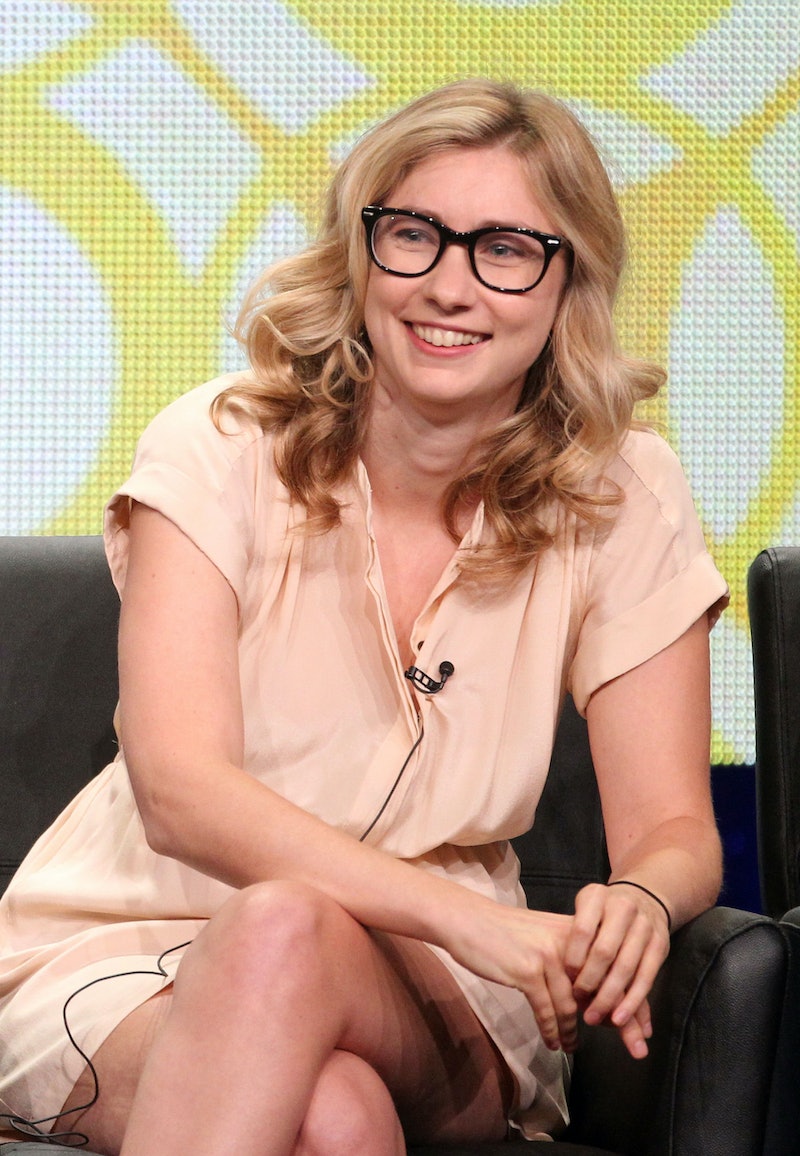 On Oct. 5, The New York Times published an exposé revealing decades of sexual harassment & assault allegations against Harvey Weinstein. (Weinstein's then-lawyer Lisa Bloom said, at the time, that her client "denies many of the accusations as patently false.") On Oct. 10, The New Yorker published an exposé of their own with claims from many of Weinstein's alleged victims, including some claims of rape. (His spokesperson Sallie Hofmeister told The New Yorker, "Any allegations of non-consensual sex are unequivocally denied by Mr. Weinstein.") Both pieces have sparked a conversation about Weinstein in the press and on social media, but they've also sparked a conversation about the pervasiveness of sexual assault in Hollywood as a whole. So much so, that celebs have started revealing their own sexual harassment experiences in Hollywood. Because of confessions of people like Liz Meriwether, whose essay about an unnamed sexual harasser hit The Cut on Tuesday and Terry Crews, who chronicled an alleged sexual assault at the hands of an unnamed "Hollywood Honcho," the message is clear that the allegations against Weinstein are no isolated incident in this industry. But on the other hand, these stories signal something positive too: they're examples of how far we've come in the way we view sexual harassment and assault. Or, more specifically, in the way we view those who come forward about it.

In Hollywood, it seems as though everyone has a story like this, but very few people have felt comfortable coming forward with that story until very, very recently. The allegations against Weinstein are decades old. In a similar situation, Bill Cosby accusers reported their claims for decades without receiving any of the attention that they have recently; and, once they were making headlines; many more accusers stepped forward with allegations of their own. (In 2014, Cosby's lawyers released a statement that read, "Over the last several weeks, decade-old, discredited allegations against Mr. Cosby have resurfaced. The fact that they are being repeated does not make them true." One court case against the comedian for an alleged assault resulted in a mistrial.)

There's simply very little to be gained by speaking out and many, many consequences for those that do, from being disbelieved to losing their reputations to having their careers destroyed. As Crews put it in his series of tweets about his own assault, "Who’s going 2 believe you? ( few) What r the repercussions?(many) Do u want 2 work again? (Yes) R you prepared 2b ostracized?(No)." And as Meriwether put it in her article for The Cut,

"This kind of thing doesn’t only happen to heroes. It happens to normal women — women who are cowards, ambitious jerks, talented artists, lonely girls, girls who put out, girls who don’t, girls who don’t like being called 'girls,' wonderful and complicated and still-forming creatures who are forced to make impossible choices that follow them forever."

But Crews' tweets and Meriwether's article, among the many women who've come out to accuse Weinstein, seem to signal major shift.

Angelina Jolie and Gwyneth Paltrow came forward on Oct. 10 about their own claims of experiences with Weinstein's allegedly inappropriate behavior. Celebrities like Rose McGowan and Amber Tamblyn have been have been outspoken about calling out men for their predatory sexual behavior. And that's crucial, because not only does it shine a light on behavior that was once considered the norm or something people had to grit their teeth and suffer through if they wanted to get ahead, but now we have proof that it encourages more people to come forward. Not only do women continue to speak out — including Heather Graham, who added her accusations to the pile in a Variety article on Wednesday — but people like Crews and Meriwether are facing their alleged harassers outside of the scandal at hand. If a fierce humanitarian and talented actor like Jolie can speak about these experiences, can survive them and speak out to help others, it can and seems to be necessary validation for some without her level of privilege.

But not only has the Weinstein scandal encouraged alleged victims to be vocal, they're also changing the way we talk about matters of sexual harassment and assault. Crews' tweets shines a light on the fact that it's not only women who suffer sexual assault and feel like they can't talk about it — men can be victims too. Meriwether's article validates survivors who feel like "cowards," as their detractors would call them for not speaking up until now. She validates the choice to say nothing, the choice to take a settlement, and even validates the shame that leads a survivor to blame themselves for the incident. Between the two of them, and the many other accusers who have come forward, powerful voices are being added to a discussion that can no longer be swept under the rug.

But this is only a start. The issue of sexual harassment and assault will obviously not be solved overnight or with one, two, 25, or even a thousand statements. And in industries and professions where potential victims have even less privilege, these celebrities' statements may not seem to change much. But the fact that people who claim to be victims have the platform to speak and be heard, to be listened to and believed, to be validated and commiserated with and supported, is progress.