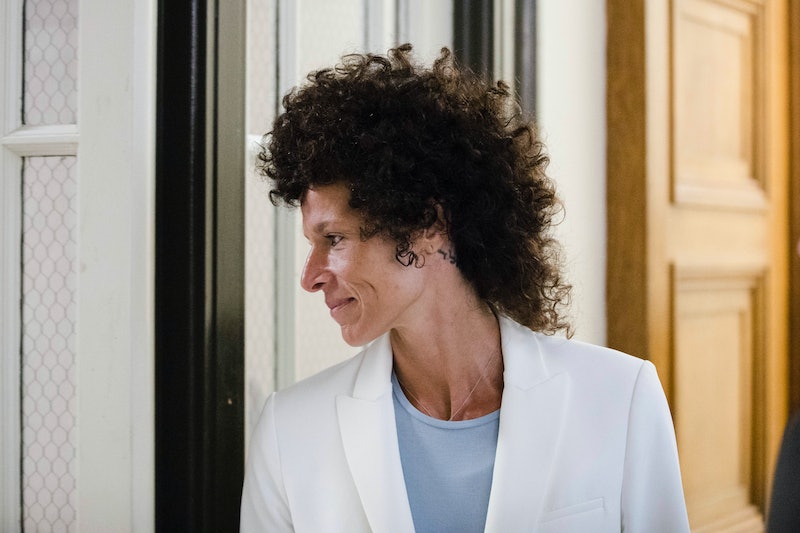 The results of the Bill Cosby sexual assault trial are in, and for anyone who was looking for a decisive answer one way or another, it was unsatisfying. After more than 50 hours of deliberation, the jury was still hung, leading the case to a mistrial. This mistrial result in the Cosby case, however, offers a perfect example of why women so rarely report sexual assault.

In all, at least 58 women have accused Cosby of sexual assault in incidents spanning several decades, and many of them also claimed that he drugged them. Cosby himself admitted that he acquired sedatives with plans to give them to women who he wanted to have sexual relations with. And yet this case — the only one managed to be brought to a criminal court thus far — ended in a mistrial because the jury was unable to come to a conclusion about whether Cosby was innocent or guilty.

Cosby's legal team seemed satisfied with the result, saying that it was an example of the justice system functioning as it should. "Juries are stuck when a prosecutor seeks to put someone in prison for things that are simply not presented in the courtroom," said Angela Agrusa, one of Cosby's attorneys. "The jury stuck to what they were asked to do, and that is to review the evidence before them, and there simply wasn't enough."

The evidence that the prosecution and the defense were both grappling with, of course, all came down to the question of consent. The prosecution said that Cosby had drugged and then sexually assaulted the plaintiff, former Canadian basketball player Andrea Constand. The defense, on the other hand, claimed that Constand's story contained numerous inconsistencies and that she was lying about the nature of their encounter. Cosby had been unfaithful to his wife, the defense allowed, but the sexual encounter between Cosby and Constand had been a consensual one.

The prosecution had plenty of evidence on their side, but it was almost entirely in the form of depositions and witness testimony. Constand told her story of the case; her mother spoke of her experience; another woman took to the stand to allege that Cosby had sexually assault her; a toxicologist testified that Cosby, by his own admission, had given Constand enough medication to make her drowsy, as she claimed.

The evidence wasn't forensic, however, and the legal system rests on the notion that in order to be convicted in a criminal case, a defendant must be proven guilty beyond any reasonable doubt. When it comes down to a "he said-she said" situation, as this case was in the end, then witness testimony from the prosecution simply wasn't enough to convict.

Perhaps the jury would have been convinced by something like a video of the encounter; a drug test that showed exactly what drugs Constand had in her system; or evidence of Cosby's bodily fluids on Constand's body. The latter two, however, can only be obtained if the alleged victim reports to the police immediately after the assault. Sexual assault survivors have many reasons not to report their assaults, and then some come to the decision to do so only after all forensic evidence is already gone. Constand, for example, made her claim about Cosby public a year after the alleged incident.

Where does that leave her, and the thousands of other alleged sexual assault victims whose assailants walk free? Fifty-seven other women claimed that Cosby had assaulted them in the same way that Constand was claiming (allegations he roundly denies), but the jury needed more than just words. The words of women claiming that Cosby assaulted them, either in the news media or in a court of law, don't prove beyond a reasonable doubt that Cosby did in fact assault them, particularly when he and his legal team are denying it.

The legal system is supposed to work for the defendants, so that they won't be convicted when they're not guilty of any crimes. That blueprint, however, simply doesn't allow for the intricacies that arise in sexual assault cases. It creates fear among sexual assault survivors that their cases won't be taken seriously or that they won't be able to turn up enough evidence, so fewer of them report their cases. Why go through the trouble of publicly reliving a traumatic experience, when it's so likely that it will end in the humiliation of a lost case?

To an outsider, the case might have looked pretty clear-cut. Almost 60 women claim that one man sexually assaulted all of them in the same way, but that one man denies those claims. When the women can only offer their words as evidence, though, it's not enough for the jury to convict. That was true in the Bill Cosby case, and it's true in many sexual assault trials.

It's no wonder, then, that so many sexual assault victims decide that the legal system won't help them in their long process of recovery.