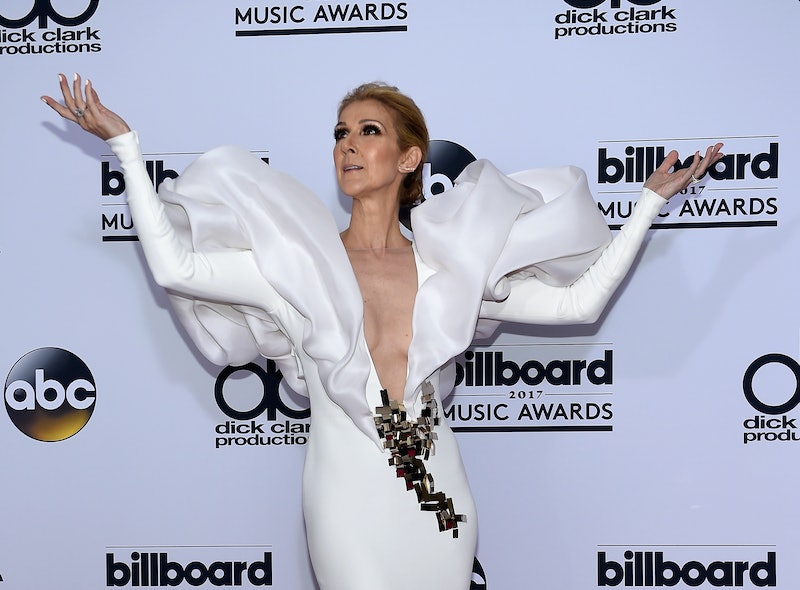 A new day has come and Céline Dion is taking life by the horns. In an interview with ELLE magazine published on May 1, Dion opened up about rediscovering herself now that she's older. The "My Heart Will Go On" singer is 51 to be exact, but it's clear that she sees age as nothing but a number. For the award-winning musician, who has become even more popular lately than ever before, she's choosing to live life for herself.

Just wait until you hear Dion's comments, because her words are truly inspiring for women of all ages. After saying to ELLE that she's "like a one-year-old", the Grammy winner powerfully stated,

"I’m not saying that I don’t care what people think of me, but I’ve reached a point in my life where I can let myself make my own decisions and choices. Now I am discovering myself more and more. I am a woman assuming her own destiny, full of energy and in love with life. It’s never too late to start. At 51, I have the sense that I am at my pinnacle!"

Whether it's about having children or being successful in a career, women are told far too often that there's an expiration date regarding their life and the dreams they have for themselves. It can be even more of a struggle for women in the entertainment industry as they get older, especially for women over the age of 40. Well, Dion is proof that you can live your best life no matter how old you are. She does it every day on Instagram (if you don't follow her, do it now) and in her music career. Dion's remained a success after all these years.

Furthermore, Dion has faced many tough obstacles in her life, including her husband, Rene Angelil, and brother, Daniel, dying only days apart from one another in 2016. And just look at her now. Dion is choosing to live a life that makes her happy, all while showing other women their worth. She told ELLE,

"Telling other women that they, too, have self-worth, that they are strong, is obviously really important. You cannot limit yourself. My life started over at 50; I feel happy, I feel beautiful. I thought, 'I must have done something right for this to be happening.'"

If all those quotes aren't inspiring enough, wait until you hear what the Courage artist told ELLE while discussing her beloved fashion. She said,

"I love fashion a lot, definitely. For me, fashion is art. It’s a way of expressing yourself. When I put something on, I play. I don’t take myself seriously. I kind of, like, borrow a character. But to be considered a fashion icon? I don’t know, I just do one day at a time, do the best I can, feel the way that I want to feel. That’s the most important thing."

That's Céline Dion, everyone. She will forever be an icon. Dion has shown that women can live their best lives no matter their age and they shouldn't let anyone tell them otherwise. Is it time to give her a standing ovation? It's probably safe to say that the cheers for Dion will continue for years to come — and for good reason.