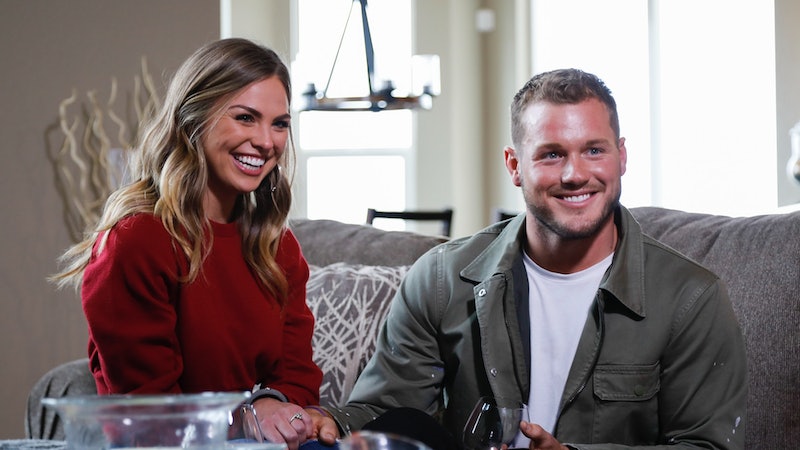 Even though Hannah Brown is handing out roses on The Bachelorette, her season has been anything but a bed of roses. Unfortunately, Hannah has received a lot of criticism throughout her journey. At the very least, she has some people stepping up on her behalf. Former Bachelor lead Colton Underwood defended Hannah in a July 9 interview with People.

Colton began, "I mean, listen, there’s no right or wrong in this." Then he pointed out a very interesting irony: "I got slammed for being a virgin, she gets slammed for whatever she’s doing, you know." The moral of the story is that the lead will be criticized no matter what. Hannah was been very open about her sexual experiences on her Bachelorette season, especially during that windmill conversation. Meanwhile, Colton was very transparent about his virginity. They are at two opposite ends of the spectrum, yet Colton sees where she's coming from and understands how she might be feeling.

He remarked, "People have their opinions. They’re entitled to them." However, Colton has full faith in Hannah as the Bachelorette. He told People, "I know Hannah. She’s not going to let it affect her. She’s standing up for herself and she’s an incredible person, so deserving of love."

In regard to the men on her season, Colton said, "She has a couple tough decisions to make and you know, who knows." Ultimately, Colton predicted, "I just know that she’s going to take care of herself and she’s been so authentic and so true to herself, and she’s going to continue to do that."

This wasn't the first time that Colton came to Hannah's defense. On June 26, Hannah posted about "the amount of hate [she] and the men have received on this journey." She also admitted, "It's upsetting to get messages from Christians saying I give Christians a bad name."

Ultimately, she thanked the people who have supported her, which prompted Colton to comment. He encouraged Hannah to "keep being you." He also wrote, "You're an amazing example to every Christian by being bold and conquering your fears, being honest, and standing up for yourself. Rooting for your happiness!"

Aside from commenting on Hannah's post, Colton responded to a "fan" who had some harsh criticism for the Bachelorette. Among other things, this viewer wrote to Colton, "Please explain just exactly how Hannah's actions would suggest being a Christian woman!? Did you mean being bold is having no standards for sexual behavior and nudity with men?!"

At one point, Colton told the Instagram commenter, "I'm here today trying to life someone up & encourage them... not question them more or discourage them."

Additionally, Colton supported Hannah in the wake of Jed Wyatt's ex-girlfriend's accusations against him. In a June interview with People, his ex Haley Stevens claimed that she and Jed were still dating when he went on the show, he only went to promote his music career, and that they planned to resume their relationship when he returned from filming. Meanwhile, Jed posted on Instagram that he can't address the situation yet, but asked for fans' patience in the meantime.

Jed is the one contestant that Hannah said she was falling in love with to his face, and it wasn't even in response to him. She was the one who brought this up. Clearly, she's into him, and it's been rough for fans who have been following the rumors while watching the show.

In a July 8 interview with Access, Colton discussed the Jed scandal. He remarked, "My thoughts are if he had a girlfriend and if those articles are true, which it seems like it, it’s messed up." Yes, it is, but Colton believes that Hannah will handle the situation well.

He told Access, "I think Hannah will handle it the way that is best for her and her relationship with him. I just pray that she makes the right decision and does what makes her happy." Same.

If Jed is who she ends up with, fans should still support Hannah, instead of hating on her during a difficult time in the public eye. Either way, at least she has support from Colton who knows what it feels like to be the lead in this franchise.

More like this
‘The Bachelorette’s Michelle Young & Nayte Olukoya Explained Their Breakup
By Stephanie Topacio Long
Taylor Armstrong Would “Definitely” Return To RHOBH After Her Season 3 Exit
By Brad Witter
Which RHODubai Housewife Has The Biggest Net Worth?
By Hugh McIntyre
Kim Kardashian Reveals The First Text She Sent To Pete Davidson
By Jake Viswanath
Get Even More From Bustle — Sign Up For The Newsletter