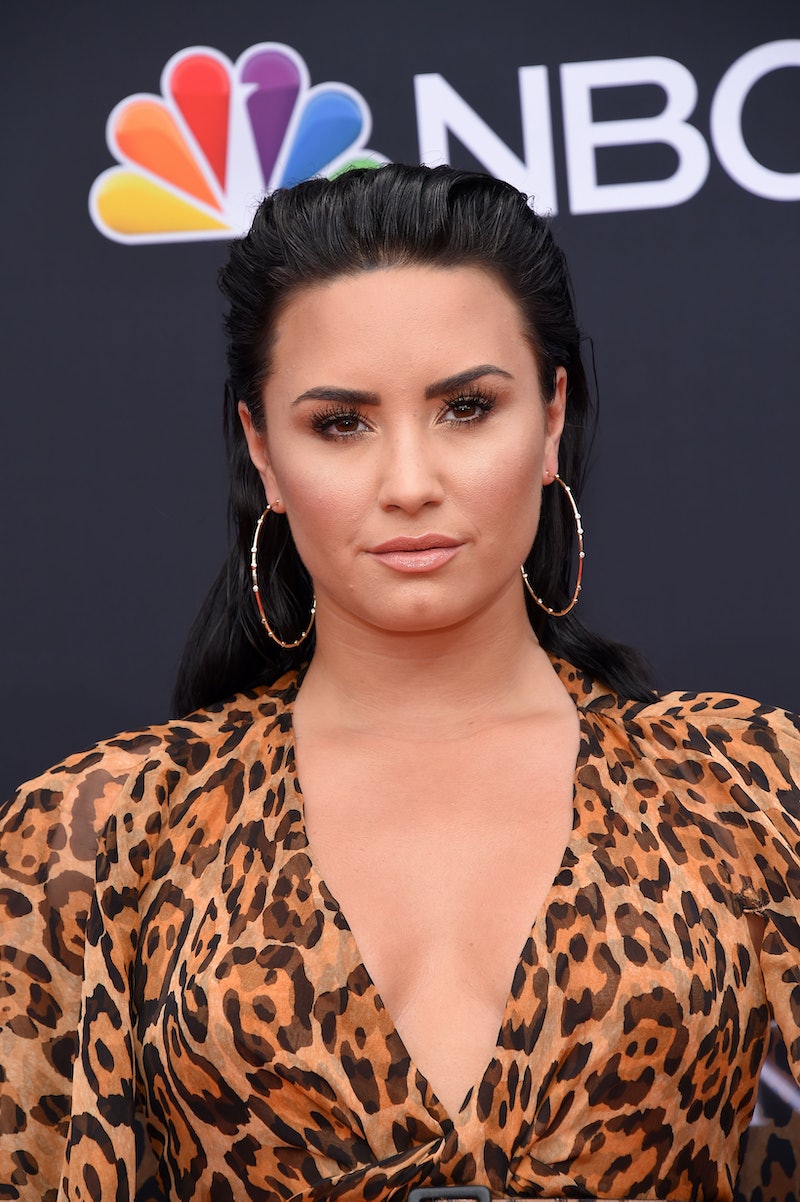 Just as quickly as their romance began, things between Demi Lovato and Bachelorette star Mike Johnson have ended. According to a new report from E! News, Lovato and Johnson's relationship "fizzled out" after they spent the last few weeks getting to know each other. Although they've kept their relationship pretty private, there have been signs pointing to a split for a while now — including Johnson asking out another celebrity on live TV.

According to a source, there was no falling out between Lovato and Johnson — their relationship just "ran its course" and the two are no longer hanging out or texting as frequently as they were before.

However, the Bachelor in Paradise alum reportedly saw the situation differently, and even though things are supposedly over, he may be hoping that it could work out for him down the road. "Mike hopes they can have a second chance again, but for now, he's fine with being friendly," the same source claimed.

Prior to the split report, there'd recently been reason to believe that maybe the two had moved on. During an appearance on Good Morning America earlier this month, Johnson asked Keke Palmer out on a date. Then, while chatting with the Breakfast Club last week, Johnson admitted he asked Palmer out to deflect from discussing his relationship with Lovato. Keeping things vague about where he and Lovato stood now, Johnson teased, "Who said it did work out, who said it didn't work out?" And then on Monday, he began promoting a partnership with Match.com, hinting at his single status by writing on Instagram, "Match felt for me so they wanted to help by getting me on their app!"

As for Lovato, she hasn't commented on the split — or the dating reports at all. She did, however, publicly share her crush on Johnson while Hannah Brown's Bachelorette season aired this summer, writing on Instagram Story, "Mike I accept your rose." From there, there was some mutual Instagram flirting. Just last month, Johnson told Ben Higgins and Ashley Iaconetti on their podcast that he'd gone on more than one date with the singer, who "kisses really well."

After spilling details about Lovato on that podcast, Johnson decided to be more private and admitted on Good Morning America, "I don’t like dating in public," so chances are he won't be discussing their split anytime soon.