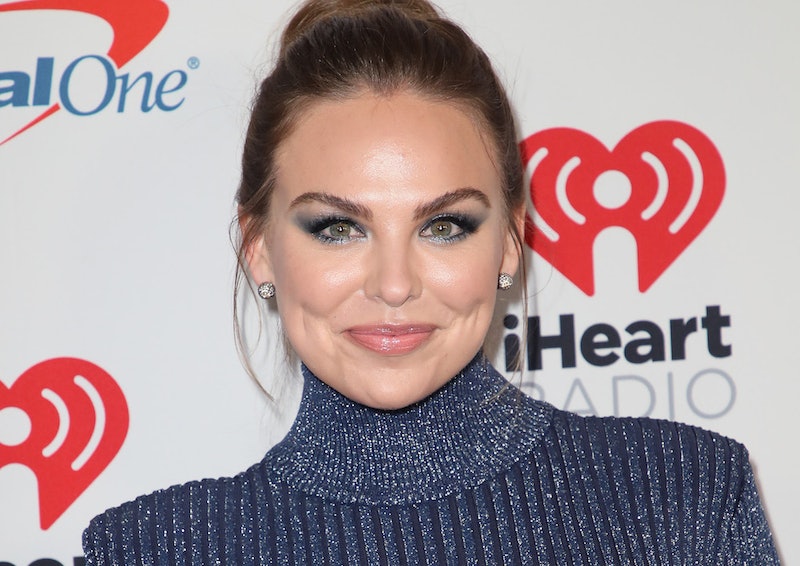 Attention, Bachelor Nation: Bachelorette alum Hannah Brown confirmed her single status amid Peter Weber romance rumors. The reality TV star went on Instagram Live on Monday night to field questions from her followers about all things from doctor’s visits to romance. When asked about her current romantic situation, Brown said to her followers, "Am I dating anyone? Nope.”

The confirmation comes after her surprise reunion with Peter on his current cycle of The Bachelor earlier this month. In the season premiere, Hannah returned to the mansion and declared that she still had feelings for the pilot. While Peter extended Hannah an invite to join the house this season, the saga of Hannah and Peter ultimately came to an end when Peter declared, “I can’t do this.”

Romance rumors between the two first began to swirl on the heels of their tearful reunion. In an interview with Entertainment Tonight after the premiere, Peter even revealed that he considered leaving the show just a few days into filming to be with Hannah. “I thought I was in a really good spot,” he told ET. “I would not have done this, I swear to God, if I thought I wasn't ready to move on [from Hannah]."

He continued, “I definitely considered [quitting the show] in that moment. I know that sounds absolutely crazy insane, but I told everyone from the beginning I was going to be raw, be myself and do what I had to do in that moment.”

The two first met on Hannah’s cycle of The Bachelorette in May 2019. While Hannah ultimately chose (and later broke up with) Jed Wyatt, Peter placed third in the cycle. The duo later reunited at the After the Final Rose special, where Hannah asked out runner-up Tyler Cameron. In an interview on the Bachelor Happy Hour podcast after his reunion with Hannah in the premiere, Peter revealed he felt “chemistry” between the two on the special before she ultimately asked out Tyler.

“I was prepared to, like, give it a shot,” he said, in part. “I was like, ‘Maybe, this isn’t over yet.’ I felt chemistry on stage to be completely honest.” When Hannah asked out Tyler, however, Peter said he was “done” and “over it.”

The conflicted feelings all came to a head when the two inevitably said their goodbyes on week two. (“This was not supposed to happen this way,” Hannah said in the episode.) Still, given the 2020 intentions and goals she set to find love this year, it appears as though Hannah is still hopeful about romance.

More like this
10 Photos Of The Wildest Limo Arrivals From 'The Bachelor' Premiere
By Brad Witter
Who Is Allison Williams Dating After Her Divorce? She’s Engaged With A Child
By Jake Viswanath
The Bachelor’s Christina Mandrell Comes From One Of Country Music’s Most Famous Families
By Brad Witter
'RHOP' Stars Robyn & Juan Reportedly Got Remarried & Filmed The Ceremony
By Brad Witter
Get Even More From Bustle — Sign Up For The Newsletter
From hair trends to relationship advice, our daily newsletter has everything you need to sound like a person who’s on TikTok, even if you aren’t.