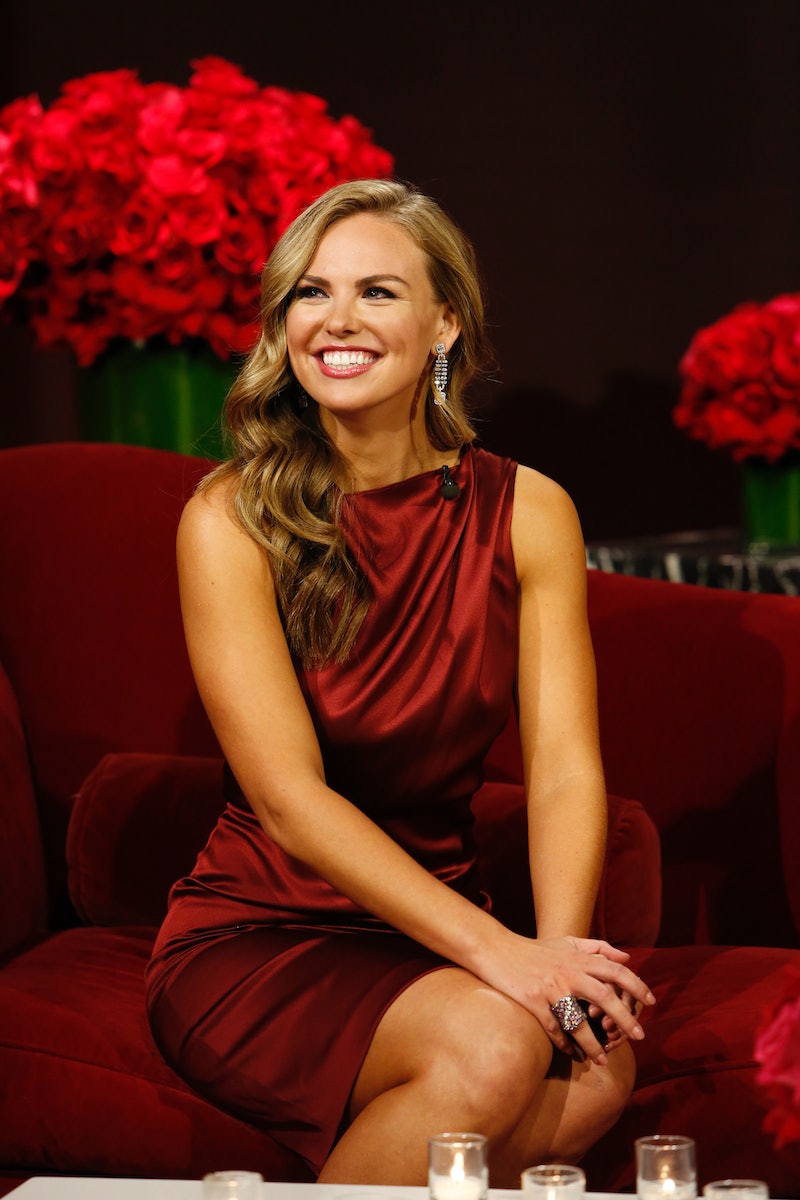 The tangled web of Bachelor nation continues to grow. Following the Season 24 finale on March 10, Hannah Brown reacted to Peter's Bachelor finale, sending her support to Hannah Ann — her ex's new ex. Seeing as her name was brought up by Hannah Ann during After the Final Rose, it's understandable why Brown decided to weigh in on the drama. And she's making it clear exactly where she stands.

Following the Bachelor finale, Brown tweeted, "Hannah is a great name and roll tide." This certainly seems to be the former Bachelorette star's way of saying she's team Hannah Ann. Peter's final episodes as the Bachelor saw him not only proposing to Hannah Ann (after Madison left), but also breaking off their engagement and then getting back together with Madison on live television.

During After the Final Rose, Hannah Ann called Peter out for his behavior, which apparently included him wanting to reach out to Brown "to find closure with her." (Peter came in third during Hannah's Bachelorette season.) It was something Hannah Ann said she felt was a red flag, but not nearly as shocking as when he revealed he still had feelings for Madison.

Hannah Ann declared, "So really, looking back on it, our engagement involved three women: me, you still being in love with Madison and proposing to me and you needing closure with Hannah Brown." She ended her noteworthy speech by stating, "If you want to be with a woman, you need to become a real man."

According to Cosmopolitan, Brown also liked an E! News Instagram featuring Hannah Ann's quote calling out Peter. She might not be saying it explicitly, but Brown definitely seems to have Hannah Ann's back.

Ever since Peter and Brown parted ways on The Bachelorette, the two have faced romance rumors (Brown clarified she was single in January) and Peter even admitted he considered leaving The Bachelor for his Bachelorette love. She also showed up during the beginning of Peter's season. So, Brown and Peter have remained connected, but given Peter's declaration of love for Madison and Brown's tweet, it seems like any romance between them is gone for good.