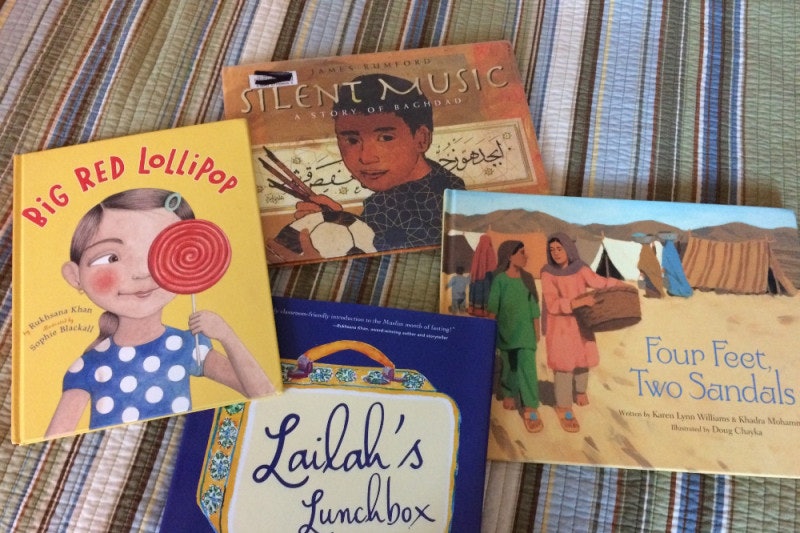 After realizing that many local schools enroll a large number of Muslim students, but don't have any books to reflect their experiences, the West Philadelphia Coalition Against Islamophobia (WPCAI) started a GoFundMe campaign to help get children's books with Muslim characters into the schools that need them most. The campaign is close to reaching its $5,000 goal, which will make sure that 15 West Philadelphia public schools get copies of more than one dozen kidlit titles featuring Muslim characters.

Children's literature is nowhere near as diverse as the kids who read it, and that's a terrible thing. Whether you're female, a person of color, LGBTQIA, or have a disability, seeing yourself represented positively in the media is vital to your self-image. That's why the Human Rights Campaign's Welcoming Schools initiative considers diverse books to be a vital element in creating an inclusive learning environment.

Started by WPCAI's Education Committee Head Melanie Bartlett, the “Kids Books That Fight Islamophobia” campaign wants to get positive portrayals of the Muslim community into as many schools as possible. Any funds in excess of $5,000 will be used to expand the campaign to reach more classrooms, with the goal of "donat[ing] to other local neighborhood, charter, and private schools and mosques so EVERY school in [West Philly] has these books."

Children need diverse books. New research shows that girls think they aren't as smart as boys by age six. The documentary Dark Girls features an eye-opening look at how our society equates beauty and intelligence with having light skin. Children's books featuring LGBTQIA characters are routinely challenged in schools and libraries. And children are almost never exposed to people with disabilities in their books, movies, and television shows, leading to misconceptions that run the gamut from insulting to dangerous. These could all be prevented by making our media and media collections more inclusive.

As of this writing, the “Kids Books That Fight Islamophobia” campaign has raised more than $4,400 of its $5,000. You can help get children's books with Muslim characters into schools by donating to WPCAI's GoFundMe campaign here.

More like this
The Viral 'Little Miss' Franchise Is Focusing On Mental Health Next
By Darshita Goyal
I've Read The Harry Potter Books 30+ Times & This Plot Hole Haunts Me
By Kelsey Stiegman
We’ve All Had Bad Sex. Nona Willis Aronowitz Is Talking About It.
By Sophia Benoit
Charlene White & MPs Lead Tributes For Bristol Bus Boycott Organiser Roy Hackett
By Sam Ramsden
Get Even More From Bustle — Sign Up For The Newsletter