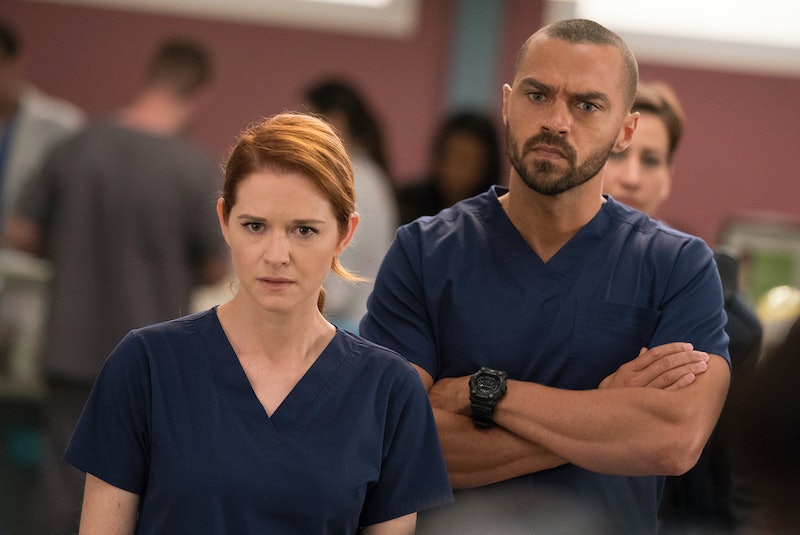 Mitch Haaseth/ABC
By Jefferson Grubbs
May 10, 2018

Thanks to the promos for the May 10 episode, "Cold As Ice," Grey's Anatomy viewers know to expect an emotional roller coaster… and that's exactly the problem. Fans have known for months about Sarah Drew's impending departure, and the way April's exit from Grey's Anatomy was revealed may have sucked all the fun (and the drama) out of the impending Season 14 finale. When your audience knows that a major character is leaving, how do you go about crafting a surprising and satisfying departure for that character?

Obviously, this isn't the first time that Grey's fans have had to say a painful goodbye to a fan-favorite. But usually those departures come in two forms: the shocking deaths and the long farewells. When a cast member abruptly decides to exit the series, they can be killed off in sudden and dramatic fashion: think George and the bus, Lexie and the plane, Derek and the truck. But when a cast member gives advance notice, the writers can have time to craft them a fitting (and non-fatal) send-off: think Cristina and her move to Switzerland, Callie and her move to New York, and now Arizona and her own impending move to join her ex in the Big Apple.

Strangely, with April, the writers seem to be trying to have it both ways. Fans have known that Drew (along with Jessica Capshaw) would be leaving the show since early March, which should have given them time to create a graceful exit for April. But promos for Episode 23 — the last before the finale — instead tease an out-of-nowhere tragedy that will strike the trauma surgeon and put her life in danger. But if they're going to the trouble of giving April a "shocking" death, why give it away in the teaser?

Compare the promo for the May 8 episode with the network's promo for the episode in which Derek Shepherd died. (Spoiler alert? Oh, who am I kidding, we're all Grey's fans here.) While the teaser does a good job of hyping expectations for the episode, promising an hour "America will never forget," never does it spoil the outcome by showing actual footage of Dr. McDreamy on a gurney, fighting for his life.

So what gives? Why ruin the surprise of April's fate in a 20-second preview? Well, maybe they haven't. It's possible that April will survive her brush with death and exit the series for some unrelated reason. But that would be misdirect in the extreme, and the show has laid no other groundwork for why April would suddenly quit Grey Sloan Memorial Hospital and leave Seattle — and her beloved daughter — behind.

If April is indeed dying, hopefully the writers have at least come up with some compelling twists and turns along the way. One fan might have solved the mystery of what the show is planning for its undoubtedly tear-jerking finale: it's already been revealed that the final episode of Season 14 will feature Alex and Jo's wedding — and given that April offered to plan the ceremony for the happy couple, Redditor Kimberly_bb believes that Alex and Jo will offer to turn the celebration of their love into a celebration of April's life in honor of their fallen colleague/wedding planner. (Yes, that would mean that April would have literally planned her own funeral.)

Of course, sometimes knowing the ending ahead of time can create a source of tension. Hitchcock famously opined that telling the audience a bomb is going to explode ahead of time gives them 15 minutes of suspense rather than 15 seconds of surprise. April's fate might not be surprising, but that doesn't mean her final episode won't be suspenseful, tragic, and incredibly emotional.