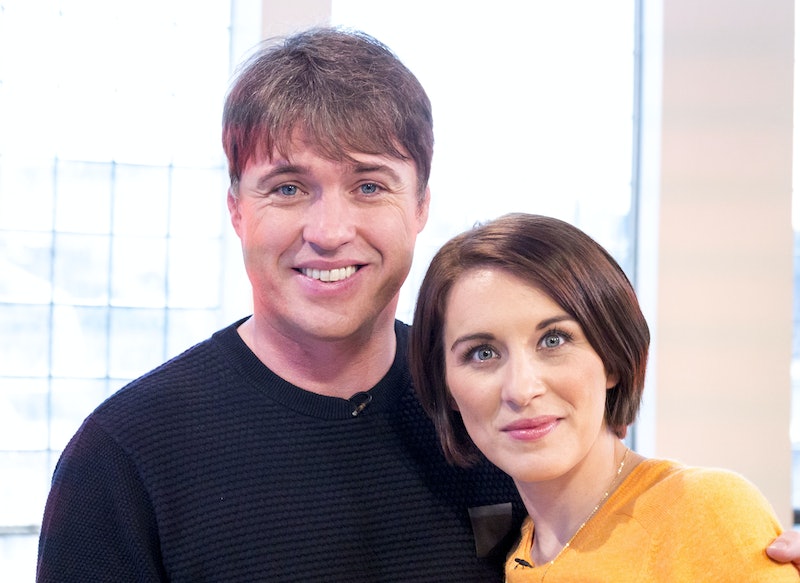 The BAFTA award-winning actor Vicky McClure is once again set to appear as Detective Sergeant Kate Fleming in the fifth series of Line of Duty. Outside of her work in the fictional AC-12, the actor is known for appearing on other TV shows such as Broadchurch and This is England, and is married to the Welsh actor, producer and director, Jonny Owen. But what else is there to know about the pair? And how did Vicky McClure and Jonny Owen meet?

Well, according to the Huffington Post UK, McClure and Owen first met on the set of their 2013 film, Svengali. McClure played the character of Shell in the film — the on-screen girlfriend of Owen's character, Dixie. The Line of Duty star hadn't met Owen prior to signing up for Svengali, which tells the story of an ambitious young Welshman, with dreams of entering the music industry.

Speaking to the Huffington Post UK about falling in love on-set, McClure said:

"It’s amazing that you find someone you love and then you’re with them on screen. We hit it off straight away, but we tried not to make a big deal out of it for the sake of the rest of the team, and they didn’t seem too bothered, either. I’m really chuffed when people tell me they thought we had chemistry on the screen, without them realising that we were actually together. It’s obviously plain to see."

In an interview with the Guardian, Owen described his fiancé as "a really warm person," and discussed the moment he told McClure that he loved her. He revealed: "On one of our days off we went walking on London's South Bank, but as we were going along she suggested we go to the pub. It was the middle of the day. I thought: 'She's a dream woman!' I told her: 'I'm falling in love with you.' It was quickly reciprocated." Owen also believes that the reason he and McClure "fit well" is because they're from "similar working-class backgrounds."

The Line of Duty star has also opened up about the intricacies of their relationship. Speaking to the Guardian, the 35-year-old said, "There's never anything unspoken between us. Being upfront with each other is really important to me and I feel totally safe with Jonny. I hope the future holds the rest of our lives together — I can't see my life without him in it."

Back in 2017 the pair announced their engagement after four years of dating, as the Daily Mail reported, McClure made the announcement on her Instagram account with a simple caption that read "YESSSSSSSSS!!!!." Owen popped the question during a romantic stroll through their hometown of Nottingham, and speaking to Nottinghamshire Live, McClure revealed, "We stayed at home for the first time together on Christmas Eve so had Christmas morning together. He popped the question over a cup of tea — we moved onto the bubbles by 8.30 am. What better place to share the news but Wollaton Park."