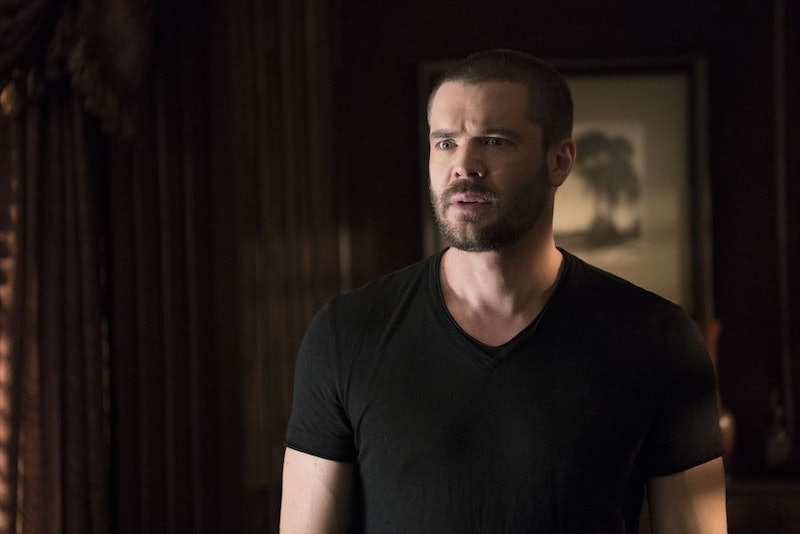 Laurel is in a psych ward and her father is taking custody of her child, so things are… not great there. But in reaching out to Dominick for help (Dominick warned Laurel about her father, so she reasons that he must care for her at least a little), Frank hears a voicemail on Dominick’s phone. It’s from Wes, who is calling himself Christophe. That’s his mother-given Christian name, the name he used when his mother was alive and someone hadn’t shot his alleged father with a sniper rifle while standing in front of him. Westophe tells Dominick that they all could be in “trouble” (the “they” being the Keating 5) and that he needs Dominick’s help. Dominick’s number is saved in Wes’ phone as “In Case Of Emergency.” What the what? Frank, of course, tries to question Dominick about Laurel and everything else, and when Dominick taunts him about Laurel, Frank snaps Dominick’s neck. That’s what Frank does. But unfortunately, it also cuts the connection of anyone finding out why Wes and Dominick were in touch. Why would Wes call Dominick if Dominick were going to kill him weeks later?

Get that pad of paper ready, folks. Dominick is Laurel’s father’s henchman. He’s known Laurel his whole life, and now he just kills people when Laurel’s dad asks him to. He’s in love with Laurel. Wes is Laurel’s dead boyfriend and the father of her newly born son. Loved her, died, Laurel’s not over it. Frank is Laurel’s henchman ex-boyfriend who Laurel dumped. He loves Laurel. What do all of these dudes have in common? Ding, ding — they’re all in love with the same woman. Wes’ addition to this equation is curious because it reeks of collusion. Was Wes perhaps working alongside Laurel’s father and Dominick to look out for Laurel?

Frank has always been a dangerous man. He’s impulsive, he kills people, and he is stupid and loyal enough to do basically whatever Annalise tells him. This is not good. Laurel’s father is a control freak, and in trying to exert control over his nearly estranged daughter’s life and relationship, maybe Mr. Castillo used Wes as a way to occupy Laurel and make sure that she wouldn’t get back together with Frank. I’m sure that he didn’t expect Wes would get his daughter pregnant.

As for their being “in trouble,” well, that’s something else entirely. Surely we’ll find out more as the situation progresses, but something had to have gone awry if Dominick was the one who ultimately killed Wes. Maybe Mr. Castillo knew that Wes impregnated his daughter and wanted revenge? It would have been extremely early, but he’s a scary and powerful man. Dominick was also in love with Laurel, so it could have just been a case of jealousy.

But now, Dominick is dead, Laurel’s father has custody of her baby, and Laurel’s been thrown into a psychiatric hold. Things just got very real for everyone involved, and there’s a possibility that Laurel won’t get her baby back. Of course, when everyone else realizes Dominick is dead, well, maybe we’ll get some larger answers as to why Wes is connected to Laurel’s family on How To Get Away With Murder (writer, 23 episodes: Erika Harrison). Whatever it is, Laurel won’t be happy about it.