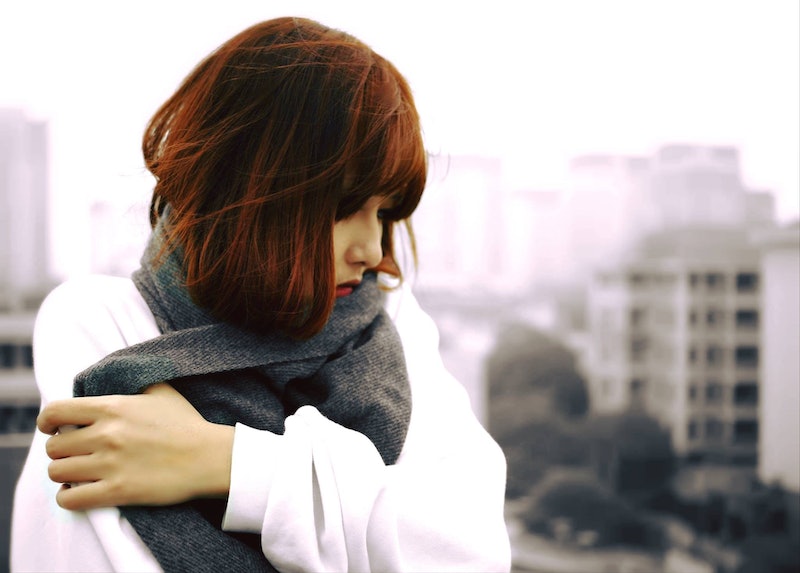 After my last breakup, I spent a full two weeks in bed. I ate in bed, worked in bed — on days when I had to work — cried in bed, and thanks to a neighbor who hooked up my TV and cable in my bedroom, watched TV in bed. I was devastated. I was also quite certain that I would never, ever get over the heartbreak I was feeling. Sixteen months later, if I'm having an off-day, I still cry.

According to a new study, we all spend an average of 18 months of our lives getting over a breakup. These 18 months are based on three major breakups and the six months, on average, it takes to recoup from them. (I guess that means I'm not exactly on track.) The study by OnePoll, a market research company and Yelp Eat24 found that the epic sadness that comes with a breakup can be so debilitating that everything in your life is just thrown out of sync. Up is down, left is right, and why, yes, I will drown my sorrows in that large pepperoni pizza while wiping the tears from my face. Everyone copes differently, everyone uses different methods to move on, and everyone needs a different amount of time before they can start getting their life in order.

The study surveyed 2,000 people across the States to see how long it took for people to do certain things after a breakup, for example, like crying or deleting their ex's number from their phone. What it found, on average, is that it can take several weeks to do these things.

This is how longs it takes to...