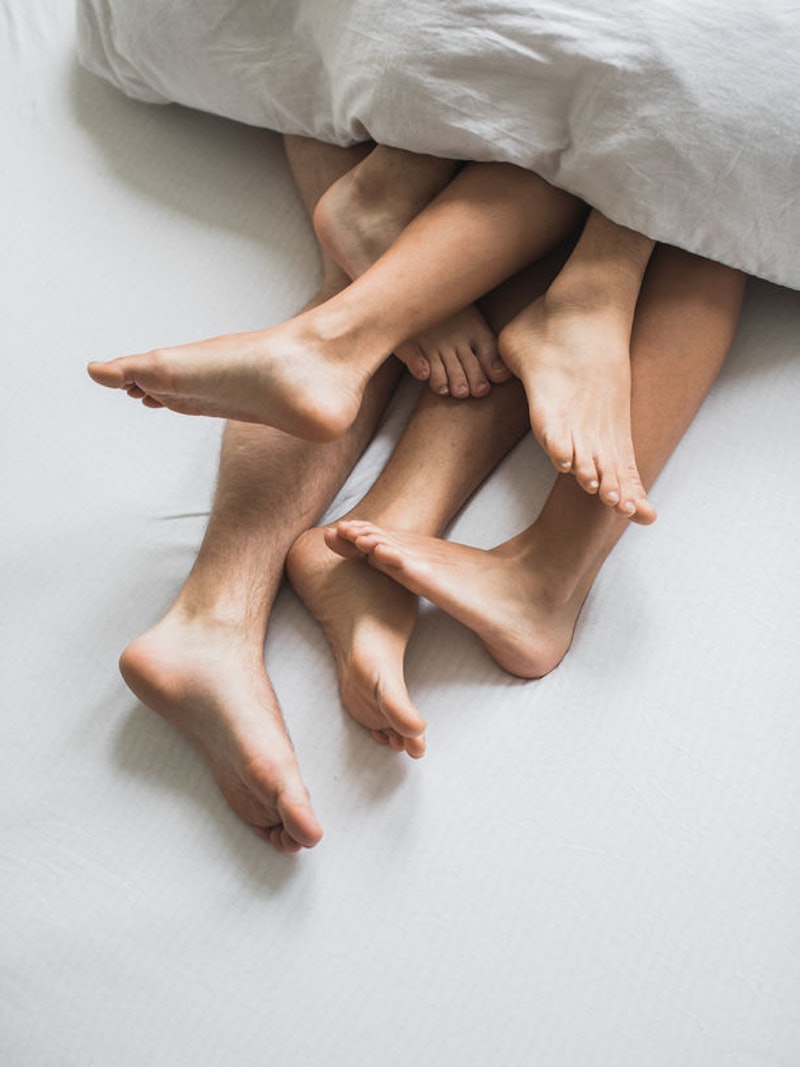 According to a recent survey of 2,000 people around the UK, gone is the prudish image of Brits being all "no sex please, we're British." The study, which was undertaken by healthcare company euroClinix found out that people in the UK are feeling a lot freer than you might expect. One area they looked at was polyamory. So how many Brits are polyamorous, I hear you ask? Well, it turns out nearly one fifth, according to the study.

First things first, far from the outdated stereotypical images of keys in bowls at swingers parties, polyamory is defined in the Oxford English dictionary as:

"The fact of having simultaneous close emotional relationships with two or more other individuals, viewed as an alternative to monogamy, esp. in regards to matters of sexual fidelity; the custom or practice of engaging in multiple sexual relationships with the knowledge of and consent of all partners involved."

So basically, what it's about is having multiple, consensual relationships that everyone is cool with, and open about. It isn't that surprising, considering that 2010s have been a time of rapid change. Especially with regards to sexuality, and the fact that people feel open to live their life in the way that makes them happy, and less and less bound by traditional views of relationship norms.

According to the study, Northern Ireland is home to the largest number of people in polyamorous relationships across all regions that were surveyed, while the East of the UK had the fewest.

Honestly though, guys, can you blame people for looking at alternative options for long term relationships, and eschewing the altar? The statistics don't really lie. According to an ONS survey from 2012, 42 percent of UK marriages end in divorce.

TBH the emotional — and let's be real, financial — pressure of dating multiple people means that polyamory is not for me. But a lot of people who want long term relationships in their life might feel that the intensity of having just one partner doesn't suit them. Polyamory is just as valid and important a sexuality as any other. And it's crucial to respect people's preferences. If you've dated recently you'll know that many people reveal themselves as polyamorous or "poly" in their bios, and are very open about their desire to have multiple relationships. I think their openness is important, empowering, and wonderful.

One thing to remember with polyamory is that, just because your partner wants to try it, doesn't mean you have to. Polyamory isn't for everyone and that is absolutely fine. Just as nobody should be pressured into a traditional monogamous relationship, nobody should feel made to feel old-fashioned for not seeking out more contemporary versions of relationships. People have the very beautiful ability to say no if they want to. Communication on this matter is key, as it is in all parts of any relationship.

On the flip side, if you and your partner are considering branching into polyamory or already happily in a poly relationship? Looks like a fifth of the UK is totally with you there, so you are definitely not alone. And remember guys, whether polyamorous or monogamous, the most important relationship is the one you have with yourself. Wishing safe and happy sex/relationship lives to you all.