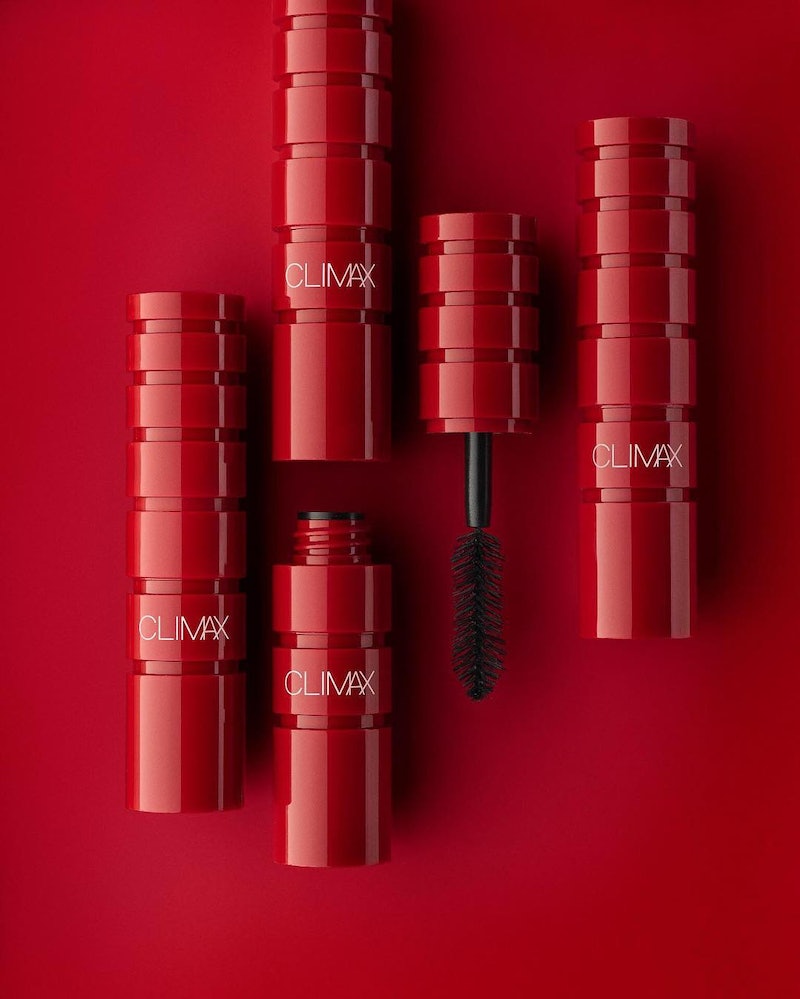 If you're a lover of YouTube beauty tutorials and definitely have a list of favorite gurus that you trust, then there's a high likelihood you've already heard of the new product taking over the social platform. NARS Climax Mascara is blowing up on social media, and YouTube beauty gurus can't seem to get enough. In fact, even those who have favorites they've been using for some time are cheating with Climax.

When it comes to the world of mascara, a case can be made that there's already a monstrously popular product that people are addicted to, and in a fun twist, it's got just as suggestive a name as the new NARS mascara. Too Faced's Better Than Sex is a favorite of gurus like Jackie Aina and ThaTaylaa. Plus, it's the best selling prestige mascara at retailers and has been Pinterest's most popular mascara. It's a powerhouse.

Now, though, NARS Climax mascara is on the market, and while gurus haven't abandoned their love of Too Faced's famous product, they have endorsed NARS' latest lash enhancing formula.

Major faces like Aina and the ThaTaylaa along with other gurus like LusterLux, Tati Westbrook, and Ellarie have all had success using the product. Basically, Climax mascara could just be your next must-have.

If you're looking to shop the new NARS Climax mascara, there are a few places to snag it. Currently, it's available at Sephora, the NARS website, and Ulta. Basically wherever you shop, you can snag it. While it won't be as affordable as your favorite drugstore mascara, it's no more expensive than other comparable, high end brands. NARS Climax retails for $24. In fact, it's the exact same price as Too Faced's Better Than Sex.

At this point, you're probably wondering what's so special about the mascara given the plethora of options on the market. From drugstore favorites like L'Oreal's Lash Paradise to fellow high-end faves like Better Than Sex, there's a lot of options. Climax, however, has stood out for a few reasons according to gurus.

In her latest Raves and Rejects video, guru ThaTaylaa (whose real name is just Taylor), has been a huge fan of Better Than Sex for years. For her, it's how well Climax and her favorite pair together. Taylor admits to loving huge, voluminous lashes, and that's what Climax gives her.

For guru LustreLux aka Katy, it's Climax's ability to give her incredibly voluminous lashes on both her top and bottom. While she still has L'Oreal's Lash Paradise and a waterproof Better Than Sex mascara, Climax has now joined the ranks of mascaras she keeps in her vanity.

If you've been on the hunt for a new mascara, NARS Climax mascara may just be your new go-to. With tons of beauty gurus chatting about how great the new products from the brand is and a price point that's similar to other high-end brands, it's totally worth a try. Plus, according to the brand's Instagram, it even comes in mini sizes now if you just want to test it out.

Whether mascaras are always calling your name or you're just looking to try something new, NARS Climax definitely seems worth a shot.