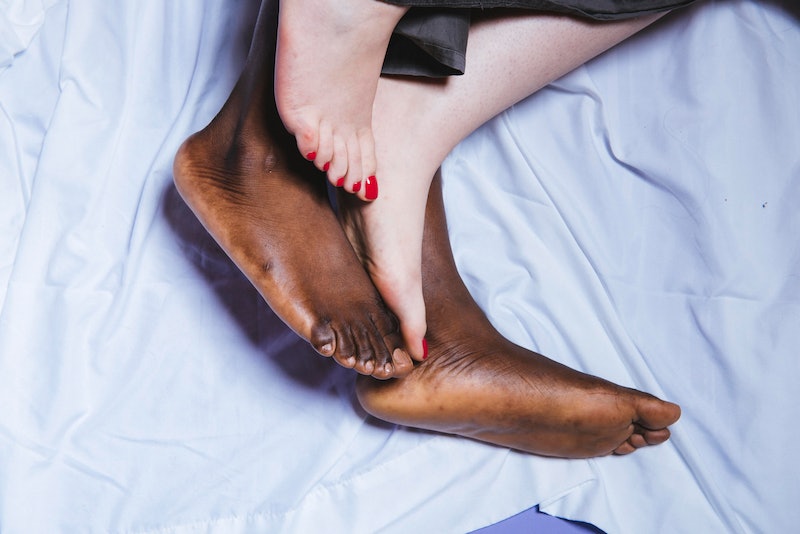 Do you remember the last time you washed your sheets? Was it two weeks ago? A month? Maybe some time in late September? Either way, there's a chance you're probably not washing your sheets enough. And, if those sheets are seeing more than just you sleeping, as in you're having sex in them, then you may want to consider upping how often you wash those sheets.

According to a recent survey of 1,000 people by Mattress Advisor, the average person changes their sheets every 24.4 days. For those of you who aren't the mathematician that I am, that's more than three weeks, meaning we're getting into almost a whole damn month between sheet washing. As someone who's a germaphobe and has OCD tendencies, these numbers make my skin crawl. When you figure that humans shed 30,000 to 40,000 skin cells every hour and the amount of time we spend in our bed, either alone or with a partner, or multiple partners, just think of all that, well, mess. Then toss in sweating, bodily fluids, maybe some stinky feet — are you picturing what I'm picturing? Because what I'm picturing is a petri dish of a bacteria party with no end in sight! At least not until those sheets are washed.