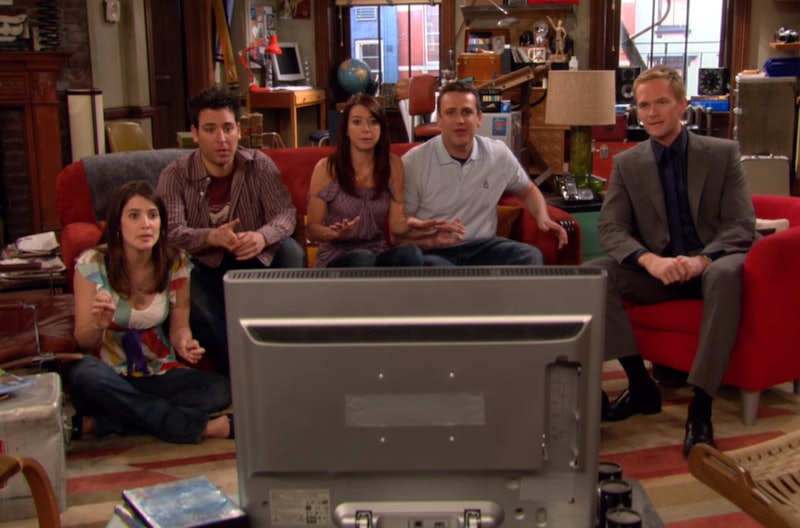 If you're looking for the perfect excuse to stay out of the heat this summer, Hulu's got your back. In a press release on Wednesday, Hulu announced a deal with 20th Century Fox that will bring basically all of your favorite shows to the streaming site. Everything from How I Met Your Mother to The Mary Tyler Moore Show will be just a click away. All total, the deal will add an additional 3,000 episodes of television to Hulu's already expansive library — and that's more than enough programming to keep you busy until sweater weather returns.

With so many shows and new seasons being added to the library over the new few weeks, you may feel overwhelmed with choices. Instead of finding yourself trapped endlessly searching through the entire 20th Century Fox back catalog, head straight to these no-fail favorites. Hey, even if you've seen every episode of Glee already, there's no such thing as a bad time for a marathon.

At some point, you are definitely going to want to browse through all of Hulu's latest offerings, but for now, these are the 11 shows you need to watch immediately. Go ahead and draw the shades an crank up the AC, because it's time to celebrate the arrival of your favorite shows on Hulu.

Every season of Ryan Murphy's high school musical masterpiece is now streaming. Head back to William McKinley High for all the Sue Sylvester wit, Rachel Berry anthems, and Kurt Hummel perfection your life has been missing since the series came to an end.

2. How I Met Your Mother

Just because you're still fuming over the finale doesn't mean you can't enjoy all of the comedy goodness How I Met Your Mother has to offer. Remember, the Slap Bet? The high fives? Robin Sparkles? It's so time for another hangout session at MacLaren's.

Were you heartbroken when Netflix removed Bob's Burgers from their library? Then prepare to make like Tina and raise your glasses to Hulu, because the entire series (so far) is now available to stream whenever you need a Belcher family pick me up.

Because there's no such thing as too much Matt Bomer.

Yes, the show just ended. That's why now is the perfect time to watch all 12 seasons all over again for maximum Booth and Brennan happiness.

Futurama will always be one of TV's funniest shows, and having access to the full library of episodes is going to make it so much easier to hang out with Bender and Fry whenever you want to.

Before she was Jessica Jones, Krysten Ritter starred in this gone way too soon comedy about friends who delighted in their bad behavior. The best part may have been James Van Der Beek playing a hilariously exaggerated version of himself.

This USA show blended the gorgeous scenery of Southern California with the fun and drama of watching a group of government agents try to all live in the same house together. There are cases of the week too, but seriously, nothing's better than the house antics.

A true classic, M*A*S*H paved the way for future comedies like The Office, Cheers, and Parks and Recreation.

TV doesn't get more iconic than this early feminist workplace comedy. It should be essential viewing for everyone.

With so much excellent TV just a click away, Hulu should be your official destination for all your marathon needs this summer.