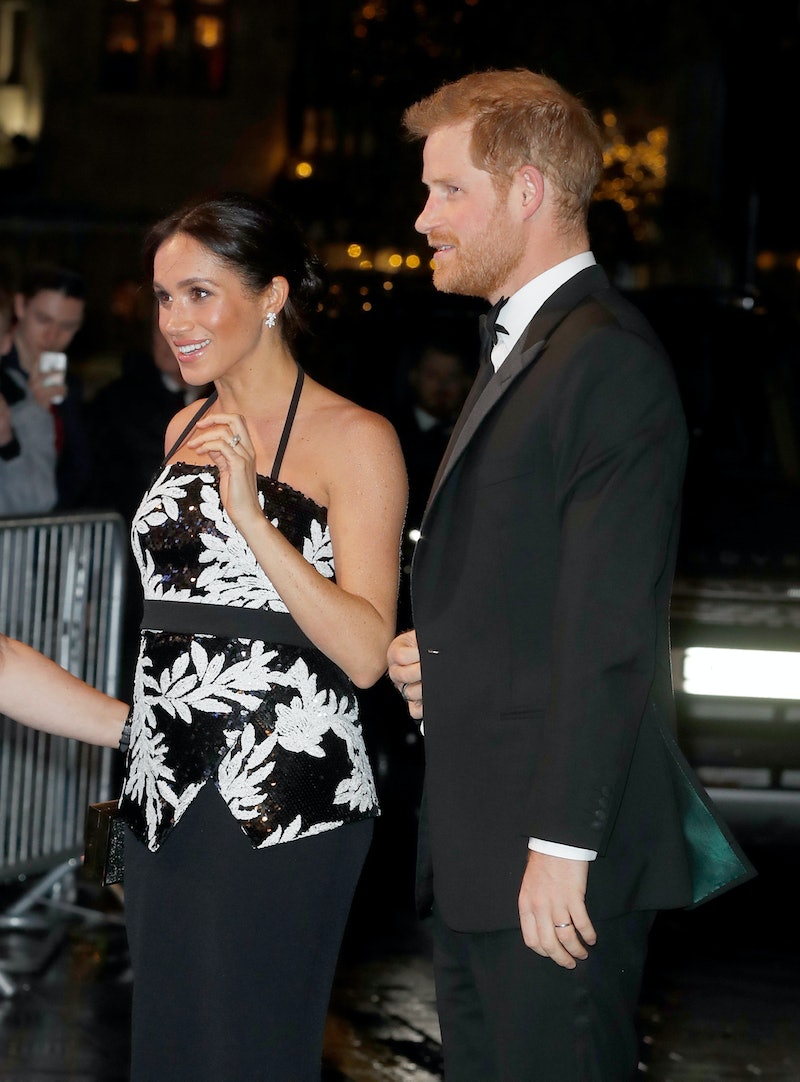 Ah, nothing like the sweet smell of a (mostly baseless, and in this case, definitely self-serving) royal baby name theory in the morning. By now no doubt you have seen enough potential names for Prince Harry and Meghan Markle's baby floating around the internet to fill a stadium full of adorable heirs, from the guesses of the general public, to Prince Charles' suggestion of "Kylie" or "Shane," to Prince Harry's own joke that the baby be named Harriet (after him, of course). Well, I'm adding one more baby name into the fray by positing that Meghan and Harry are going to name their baby Emma, based on mostly nonsense speculation and one tiny shred of a fact.

The shred of a fact that we have is this: On Dec. 16, the royal family shared their gingerbread cookie recipe with the general public. In that post, the royal chefs reveal a ton of useful baking tips that almost filled the space in my heart left cold and empty where The Tig used to be, and also images of the cookies they were decorating. One of those images features a cookie with a name on it, and only one cookie. The name? Emma.

Curious, isn't it, that in a family full of royal children, they'd decorate a cookie with a name that none of those children have? Unless...

Here's the part where I do a ton of backtracking and confess that this is perhaps the most narcissistic rumor I've ever tried to spread, because I myself am named Emma (well in advance of the Friends baby, so before it was cool). Also, Meghan and Harry have not revealed the sex of their unborn child, if they even know it themselves (although Prince Harry remarked that he's hoping for a girl). To top it all off, the royal family is so discrete that it's highly doubtful that they'd just reveal the name of a future royal baby on a cookie.

The last bit of evidence that does seem to foil my hopes and dreams was dug up by fellow lifestyle editor Tanya Ghahremani, who looked into the royal family's staff and found that the head of digital engagement's name is, in fact, Emma — so in all likelihood, someone made her the adorable cookie featured with the recipe, which she hopefully got to enjoy after they snapped the shots.

That being said, as a fan of all royal babies, cookies, and the name Emma, I'm committed to spreading this rumor in hopes that even if it's not true, this will be the moment in which Prince Harry and Meghan Markle take it into serious consideration.

But Future Royal Baby, if you are named Emma, welcome! Emmas are great! Our name means "whole" or "universal"! Jane Austen wrote a book about us! We have Emmas Watson, Stone, and Thompson, so our brand as cool people is already pretty secure!

But if you're not named Emma, that's chill, too. I'm still going to buy all your commemorative plates.