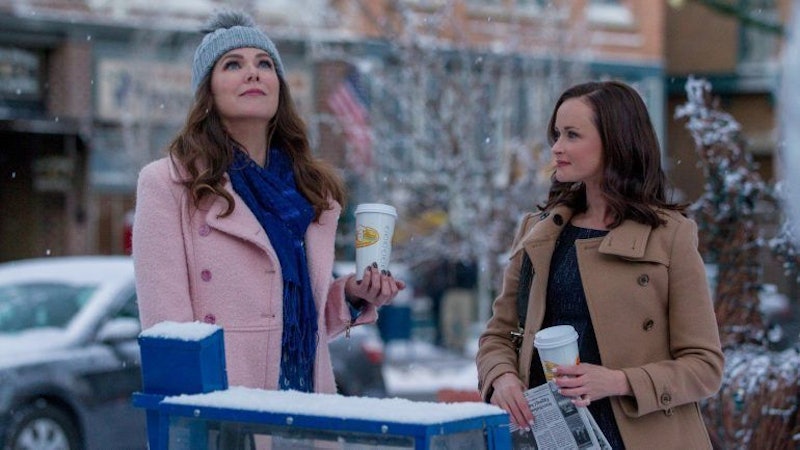 The image of a snow-covered Christmas has appealed to folks who celebrate the holiday for ages — but how likely is really that we’ll have at least an inch of snow on the ground come Dec. 25? Well, if you’ve been wondering, “Will there be a white Christmas in 2017?”, I have something that might help you figure it out: A map from the National Centers for Environmental Information (NCEI) that predicts the chances of each of the contiguous 48 states having snow on Christmas Day. To be fair, the map isn’t brand new; it was first published online on Dec. 12, 2016. However, it’s recently been updated for the 2017 holiday season, so let’s take a look, shall we?

Based on what’s called the Climate Normals — the daily and monthly Normals of temperature, precipitation, snowfall, heating and cooling degree days, frost/freeze dates, and growing degree days calculated from observations made at nearly 10,000 NOAA weather stations — from 1981 through 2010, the map color-codes the contiguous 48 states based on the historical probability that each area will see snow on Christmas. The dark gray sections indicate areas of the country where the probability of seeing a white Christmas is under 10 percent; meanwhile, the white ones (of course — how else would you color code areas expecting snow on Christmas?) indicate areas with a probability of 90 percent or higher. Here’s the static version of the map:

And if you click on over here, you can check out an interactive version that lets you click on different locations to see what their exact probability of having at least an inch of snow on the ground on Christmas will be.

Me? Unless hell literally freezes over, I will not be having a white Christmas; I’ll be in Southern California, where, honestly, we’ll be lucky if we don’t have an oh-god-everything-is-on-fire Christmas. (We’re probably going to have an oh-god-everything-is-on-fire Christmas.) I was somewhat interested to discover, however, that the Boston area — where I grew up, and where we did have a decent number of white Christmases when I was a kid — actually doesn’t have a huge probability of snow on the holiday:

New York — where I spent about a decade of my adult life —doesn’t, either, but that’s probably to be expected:

And DC, where I currently live, is almost certainly going tohave a snow-less Christmas:

So: Where do you need to be in order to boost your chances of experiencing snow on Christmas? According to the NCEI, you’ll want to book a ticket for Idaho, Minnesota, Maine, Upstate New York, the areas of Pennsylvania and West Virginia that are in the Allegheny Mountains, or the Rocky and Sierra Nevada Mountains. Aspen, Colo. is one of the areas that has a 100 percent historical probability of seeing a white Christmas.

However, it’s worth noting that the map isn’t fool-proof ora sure thing. As the NCEI notes, “The actual conditions this year may vary widely from these probabilities because the weather patterns present will determine if there is snow on the ground or if snow will fall on Christmas day.” If you’re super invested in the idea of having a white Christmas, you’ll basically just want to stay glued to the weather forecasts for your area in the week or so leading up to the holiday.

For what it’s worth, white Christmases have actually become pretty rare (hi there, climate change and global warming) — something which was apparent even nearly 15 years ago: A 2003 study found that over the previous several decades, there had been a marked decline in the number of Christmases with snow on the ground. The coldest Christmas in history occurred back in 1983, when a Lake Effect blizzard swept across Ohio and Pennsylvania and resulted in snow drifts of 10 to 15 feet in height. Temperatures stayed at or below zero degrees Fahrenheit for a whopping 60 hours — about two and a half days — in some areas.

It's true that we have still had some pretty gnarly Christmas storms in recent decades; who else remembers the epic nightmare of trying to get home after spending the holidays elsewhere in 2010? Show of hands, please — I’m willing to bet a lot of you were in the same boat that I was at the time. It was, as they say, a horror show.

In any event, though, it’s not likely that we’ll suffer the same issue this year — although there are still plenty of other bad weather scenarios that might rear their ugly little heads. Thank goodness for small blessings, I guess? Or… something.

In the meantime, I will expressly not be dreaming of a white Christmas.