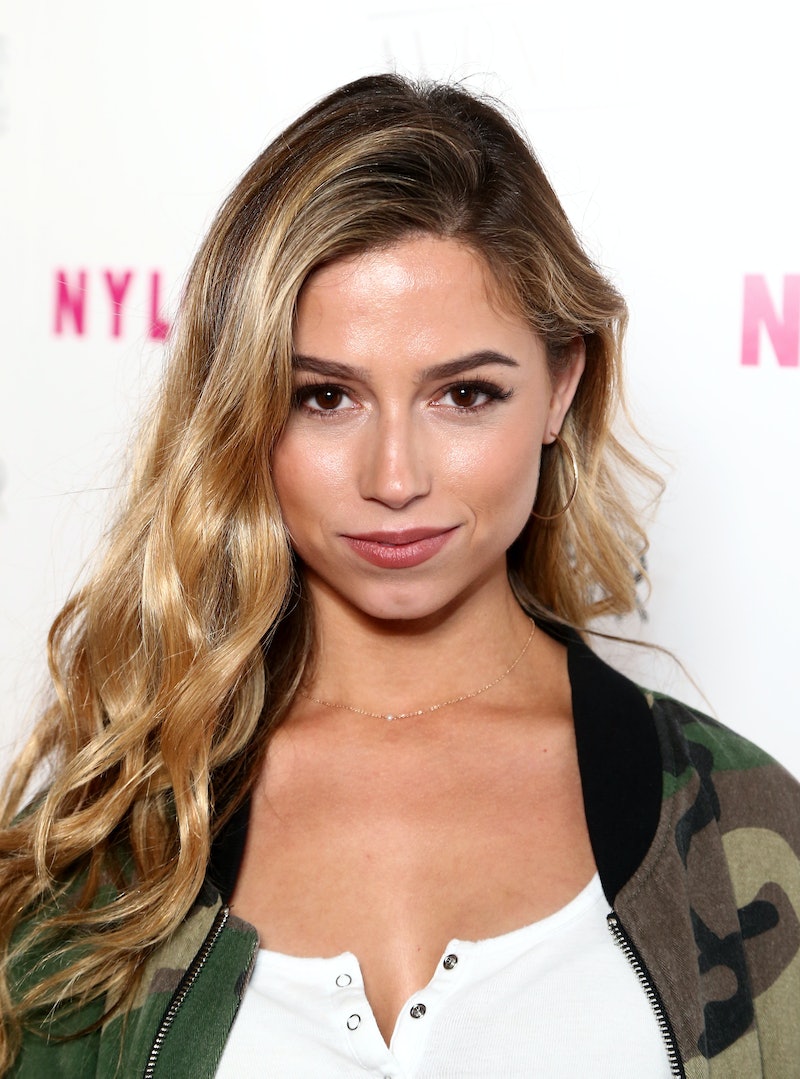 Since Kristina Schulman first appeared on Nick Viall's season of The Bachelor, we've seen her continue to look for love on Bachelor in Paradise Season 4. After getting to know her on both shows (and finding out everything she overcame in her childhood while growing up in Russia), fans have been rooting for her for a long time when it comes to her love life. So what's going on with her these days? Is Kristina dating anyone in 2019? If she is, it looks like she's working pretty hard to keep it under wraps.

After Nick sent Kristina home right before hometown dates on The Bachelor, she headed to Bachelor In Paradise that summer. Unfortunately, things didn't exactly work out for her there — she ended up in a very awkward love triangle with Dean Unglert and Danielle Lombard that did not have a happy ending for anyone involved.

And according to Kristina's Instagram, it looks like she's still single these days. Most of her photos are just of her or her and her friends — it doesn't seem like she's romantically involved with anyone. And if she is dating someone, it's obviously not something she's comfortable sharing with her 701K followers quite yet.

Actually, the only men who have made appearances on Kristina's Instagram in the last several months are Luke Bryan and Jon Bon Jovi, and it's probably safe to assume that she's not dating either of them, considering that they've both been happily married for many years.

In fact, she seems to be focusing on a different love in her life: traveling all over the world... and sharing photos that are probably giving all of her followers major FOMO. Every week, it seems like Kristina's at a different exotic beach, and it truly seems like she's enjoying herself. Who has time for dating when there's a plane to catch? It would be hard to turn down a view like this:

At the end of 2018, there were rumors that Kristina was dating Blake Horstmann from Becca Kufrin's season of The Bachelorette after they were spotted at a baseball game in Denver, Colorado together, but if there was anything between them, it seems to have fizzled by now. While on Ben Higgins and Ashley Iaconetti's Almost Famous podcast last October, Blake did confirm that he and Kristina were "chatting," whatever that means. But a serious relationship between them never materialized, and it seems like that fling is dead in the water now that Blake will be on BiP this season.

Obviously, it wasn't meant to be, and that's OK. Kristina is obviously a total catch, and whoever she ends up with someday will be so lucky to have her. But until then, it seems like she's loving the single life. What matters most is that she's happy, and it certainly appears like she is. Good for Kristina for just doing her; the rest of us will just have to live vicariously through her travels as she shares them on Instagram.

More like this
This 'Bachelor' Contestant Got Back With Her Bachelor Nation Boyfriend After Going Home
By Grace Wehniainen
Rachel Responded To 'Bachelor' Fan Theories About Her TikTok With Clayton
By Grace Wehniainen
Kaitlyn Bristowe Said Chris Harrison Ignored Her After Her 'Bachelorette' Hosting Gig
By Grace Wehniainen
Zach Addressed His "Boring Bachelor Energy" After His Group Date With Latto
By Grace Wehniainen
Get Even More From Bustle — Sign Up For The Newsletter
From hair trends to relationship advice, our daily newsletter has everything you need to sound like a person who’s on TikTok, even if you aren’t.