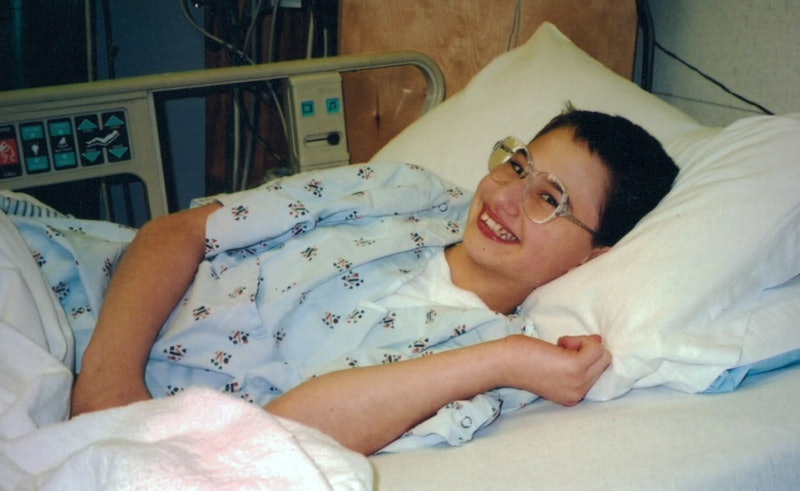 The case of Gypsy Rose Blanchard and her mom Dee Dee is a chilling story of a daughter who allegedly orchestrated her mom's killing after years of abuse. For Investigation Discovery's Gypsy's Revenge, Blanchard will give an interview from prison, but she is also allegedly a victim of Munchausen syndrome by proxy. As People reported, Blanchard is serving 10 years in prison after pleading guilty to second-degree murder for the stabbing of her mother Dee Dee. But Blanchard's motive was because Dee Dee had allegedly perpetrated Munchausen by proxy, a rare form child abuse against her. This form of medical abuse is controversial and while child abuse is illegal, Blanchard's case shows the difficulties in proving it.

Even before Gypsy's Revenge airs on Nov. 6, most people will know of the murder of Dee Dee. Michelle Dean reported on the case for a 2016 BuzzFeed article and the story was the topic of the HBO documentary Mommy Dead and Dearest. Although Dee Dee is dead and cannot be diagnosed, both the prosecution and defense in the trial of Blanchard appeared to agree that Dee Dee suffered from Munchausen by proxy. The U.S. National Library of Medicine's website MedLine Plus defines the syndrome as "a mental illness and a form of child abuse. The caretaker of a child, most often a mother, either makes up fake symptoms or causes real symptoms to make it look like the child is sick."

As Mommy Dead and Dearest highlighted, Dee Dee claimed that her daughter suffered from leukemia, epilepsy, and muscular dystrophy, among other conditions. She said that Gypsy couldn't walk, so the child was forced to use a wheelchair even though she did have mobility in her legs. Gypsy also used an unnecessary feeding tube and was forced to take medications for her alleged diagnoses. All of these conditions seemed to be fabricated by Dee Dee and in February 2018, Springfield News-Leader reported that Gypsy stepmother said that she is "thriving" and has a "clean bill of health."

Gypsy confessed to having her boyfriend at the time, Nicholas Godejohn, murder her mom in June 2015 and that's why she is serving time in jail now. Even though murder is rarely justified, some viewers may see that as unfair punishment for a young woman who was allegedly abused most of her life. But the laws surrounding — and the diagnosis of — Munchausen are not always clear.

The Advisor, the publication from the American Professional Society on the Abuse of Children, published a special issue on the topic of Munchausen by proxy in its March 2018 edition. In it, guidelines were provided for professionals who treat children. When it comes to reporting medical abuse, it says, "Most states require providers to report to [Child Protective Services] CPS or police if they suspect or have reasonable cause to believe a child is a victim of abuse or neglect, and if they are reporting suspected abuse in good faith. If a mandated reporter writes in the chart, suspected Munchausen by proxy, that reporter is charting that this is a case of suspected child abuse or neglect."

The U.S. government's Child Welfare Information Gateway notes that nearly all U.S. states and territories define child abuse through physical abuse, neglect, sexual abuse, and emotional abuse. When it comes to reporting suspected abuse, professionals who are considered "mandatory reporters," like doctors, teachers, among others, have a legal responsibility to report it to the authorities, but the circumstances vary from state to state.

While the journal Age and Ageing noted that Munchausen by proxy can also be perpetrated on the elderly, the International Journal of Child Abuse and Neglect reviewed 796 cases of Munchausen in 2017 and found that 95.6 percent of abusers are the victims' mother. So, it is most commonly a form of child abuse perpetrated by mothers. Yet, as Psychology Today outlined, Munchausen by proxy is not very well understood, so that can complicate court proceedings. Sentencing is on a case-by-case basis and some mothers could be wrongfully accused.

Psychologist Loren Pankratz has notably taken issue with the way this mental illness is prosecuted. Pankratz told the Medhill Justice Project that he believes the criminal justice system is rarely appropriate for medical child abuse and noted that out of the 75 cases he has investigated, only five deserved to go to the courts. A pending bill in the state of New York seems to address the idea that parents may be wrongfully accused of Munchausen by proxy. It states "a child shall not be taken into protective custody based on parent's Munchausen syndrome by proxy without a family court hearing thereon."

Some people have served jail time in the U.S. for Munchausen by proxy. One notable case is Kathy Bush, who was found guilty of aggravated child abuse and fraud in 1999 regarding the treatment of her daughter Jennifer. Jennifer had undergone more than 40 surgeries by the age of 8 and their story had even garnered the attention of the Clintons. As Florida's Sun-Sentinel reported, Bush served three years in prison and has since reunited with her daughter. The now adult Jennifer now claims that she wasn't a victim of Munchausen or child abuse, according to a 2015 People report.

The difficulties of diagnosing Munchausen by proxy may have led to wrongfully-accused parents. But, as Gypsy's story shows, it can also lead to children being abused in plain sight. New Directions in Child Abuse and Neglect Research noted how it can take far too long for children to receive the help they need in genuine cases of parents making up their children's symptoms for their own psychological gratification. "Making a determination of medical child abuse in these cases is fraught with complications and frequently cannot occur until the child has suffered significant harm or endured unnecessary tests, procedures, and even surgeries," the book states.

While the legal standing of Munchausen by proxy may not cut and dry, murder is far more so. So Gypsy will continue to serve her time in prison for the murder of her mother. But this true crime story shows the complicated nature of this rare and complex form of child abuse.

More like this
What Is 'Pretty Wild' Star Tess Taylor Up To Now?
By Morgan Leigh Davies
Where Is Armie Hammer’s Ex-Wife Elizabeth Chambers Now After 'House Of Hammer'?
By Grace Wehniainen and Radhika Menon
Jeffrey Dahmer’s Arresting Officer John Balcerzak Got His Job Back After Being Fired
By Grace Wehniainen
Gabby Petito’s Family Responded To The New Lifetime Movie About Her Final Days
By Grace Wehniainen
Get Even More From Bustle — Sign Up For The Newsletter