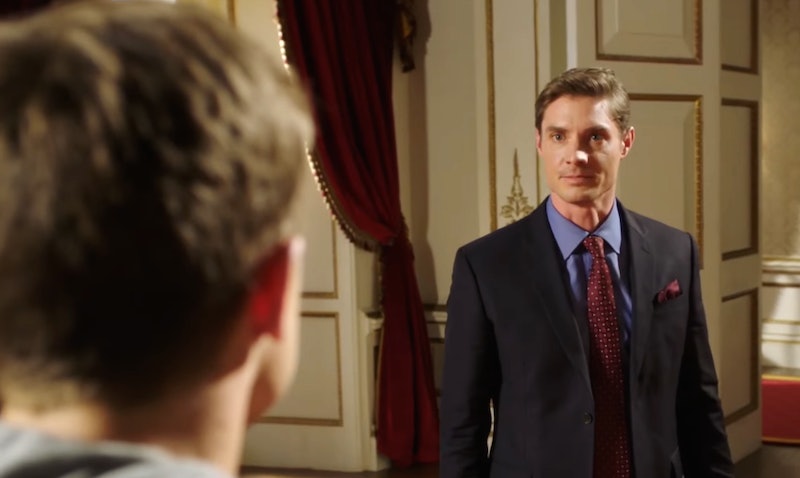 While Wilhelmina deserves more screen time on The Royals, perhaps becoming Robert's queen isn't the right way to go about it. That's because the king was revealed to be a sadistic mastermind during the Season 3 finale, so it won't be good if Robert marries Wilhelmina on The Royals. For his list of potential brides, Robert removed Kathryn and added Willow to the top and since Willow appeared on the balcony with the new king and a tiara, could that mean that Wilhelmina will become queen in Season 4? Although Wilhelmina might be thrilled at this turn of events, fans of The Royals know that it won't end well for her.

Wilhelmina was introduced in Season 2 and sparks flew between her and Prince Liam. She was responsible for the #KingLiam video becoming viral and was later hired by Helena to work for the palace. That meant that even when Liam did not reciprocate Willow's romantic feelings in Season 3, she was still around. And as she felt underappreciated by Liam, it must have been refreshing to have his older brother Robert realize what an asset she was. So, when Robert named her as his number one choice to be his wife, why wouldn't she consider it?

As the Season 3 finale proved, everyone but Liam has been conned by Robert, so I don't think Willow knows what she would be getting into by accepting Robert's offer to date him. Yet, since she is such a levelheaded character, I would appreciate it if she were a bit skeptical about Robert's intentions. (Unless she wants to become his Lady Macbeth or something.) That's because there's no way that Robert has chosen Willow purely out of interest. That's not a dig at Willow by any means, I just mean that the Season 3 finale revealed how truly sinister Robert can be. He knew the entire time he was home that Liam and Kathryn had slept together and he broke up Jasper and Eleanor, so his intentions with Willow are far from pure.

Showrunner Mark Schwahn also pretty much confirmed that Robert's plan for Willow comes from a dark place during the Royal Hangover on Facebook Live after the season finale. Schwahn alluded to the fact that Robert marrying Wilhelmina would be an act of revenge against Liam because of Liam being with Kathryn. So, if you're a fan of Willow, you should not be a fan of her dating — and potentially marrying! — Robert.

Of course, Loyals will have to wait until Season 4 to see if Robert makes Willow his queen. And while Queen Wilhelmina certainly has a nice ring to it, I want her to remain on the side of her friend Liam. Because even if he doesn't have romantic feelings for her, Liam will always be more deserving of Willow's trust than Robert.