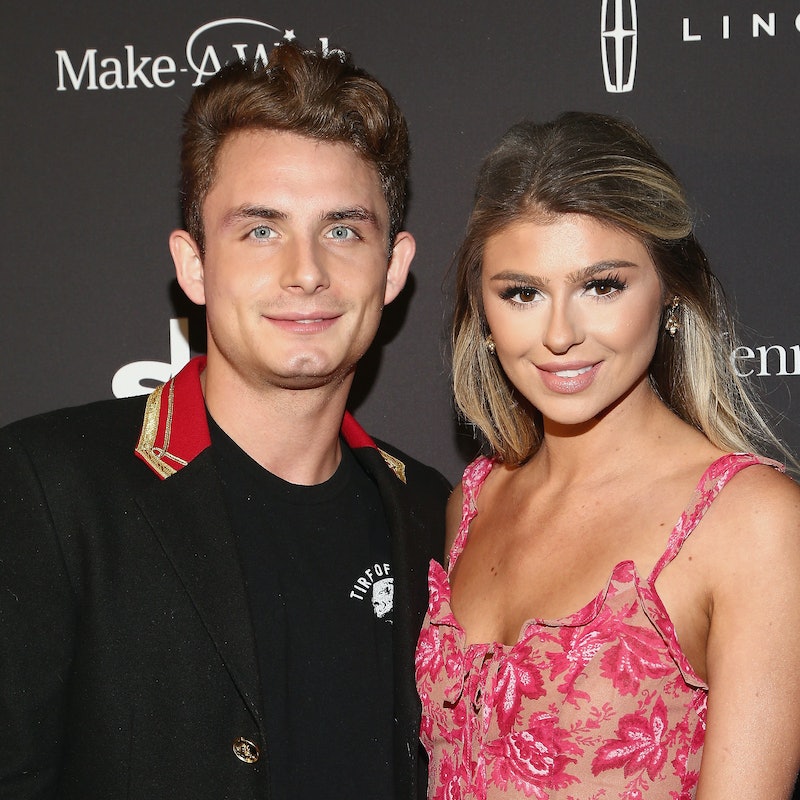 Another season on Vanderpump Rules, another cheating scandal. Most recently, SUR's resident DJ James Kennedy is rumored to have been unfaithful to his longterm girlfriend, Raquel Leviss — and despite all of the gossip, the former pageant queen appears to be sticking by her man. Of course, this shouldn't be surprising to fans of the hit Bravo show, as this James and Raquel's relationship timeline on Vanderpump Rules is filled with drama.

Though James originally kept his romance with Raquel quiet, the former pageant queen soon made her debut on Vanderpump Rules and became a major part of the SURvers' lives. The couple have always appeared to be incredibly loved-up, posting plenty of adorable PDA-filled photos on Instagram and supporting each other in their career pursuits, but that doesn't mean that their relationship has been smooth sailing. As with all VPR relationships, James and Raquel has weathered plenty of drama, gossip and fights — the most infamous, of course, being the "Pasta Incident" — in their quest to prove that love conquers all.

The SURvers' latest accusation of infidelity against James seems like it's the most serious storm the couple has weathered yet, but based on their drama-filled past, it's definitely not the only time James and Raquel have appeared to be on the rocks. Let's take a walk down memory lane with everyone's favorite British DJ, shall we?