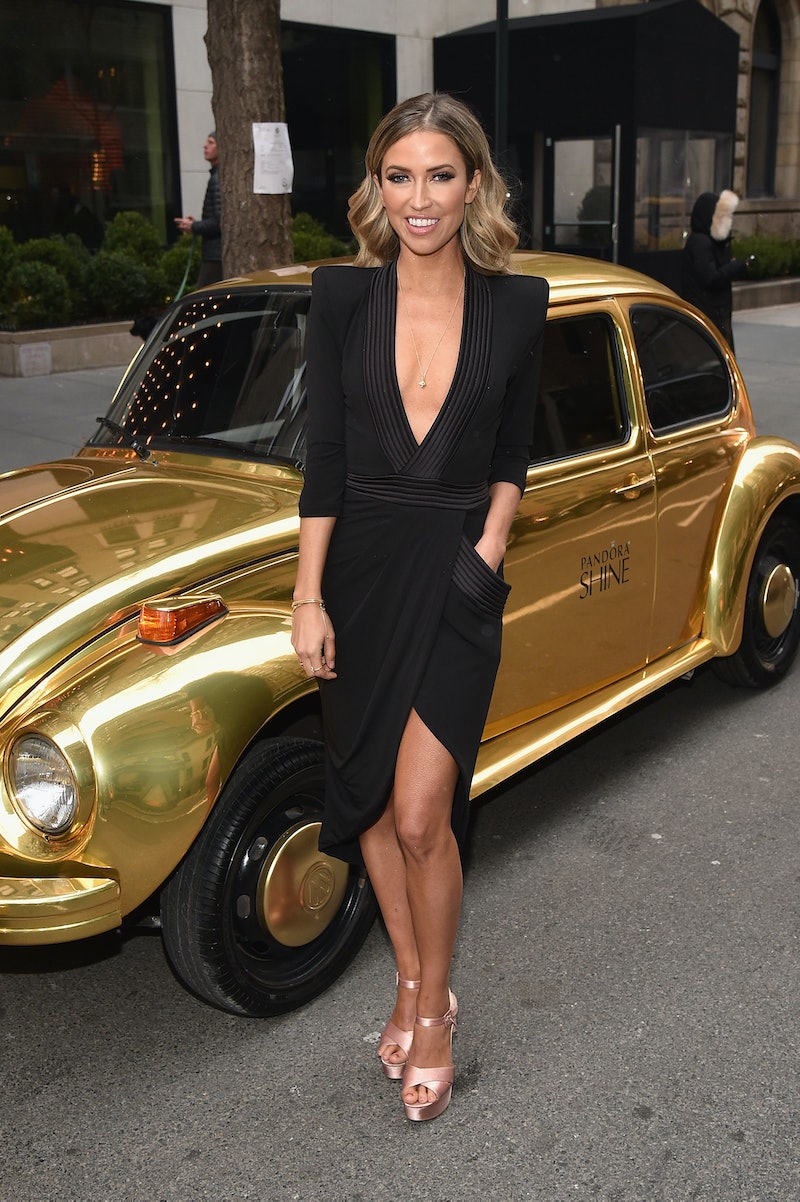 As a potentially new Bachelor Nation couple emerges, new insights about a past pairing come to light. It's the Bachelor circle of life, to be honest. A day before part 2 of Colton's Bachelor finale, former Bachelorette Kaitlyn Bristowe opened up about her split from Shawn Booth. News of the couple's split came in November 2018, after they met and got engaged on Season 11 of The Bachelorette in 2015. As is customary for breakups within the franchise, each referred to the situation on social media with thank you's for fan support. But Bristowe talked more more in-depth about what led to the ending of her relationship on the podcast Raw Beauty Talks, Monday.

It seems that both Kaitlyn and Shawn have moved on, as Kaitlyn began dating Jason Tartick, a finalist on Becca Kufrin's season of The Bachelorette in January. Meanwhile, talk of Shawn being the next Bachelor has ramped up this week. But sidestepping her thoughts on that matter, Kaitlyn used a recent episode of the podcast Raw Beauty Talks, released March 11, to express her feelings about the final days of her engagement. Her comments about breakups, fear of starting over, and social media pressure are relatable even for those of us who've never been in a high-profile reality TV couple.

Kaitlyn revealed that the breakup actually happened awhile before the official announcement in November, but both were dreading letting the world know.

"We were kind of struggling for the last little while … I just wasn’t feeling loved for over the last year," Bristowe said, per Us Weekly. "It really just started weighing on me. I just felt very alone in the relationship and I felt like I had a best friend but I didn’t feel like I had a partner. We just started growing apart."

The former Bachelorette, who hosts her own podcast, Off the Vine with Kaitlyn Bristowe, also cited not wanting to end the friendship with her fiancé and relationship she had built with his Golden Retriever, Tucker as reasons for delaying the split. But she said during the interview that ultimately a summer 2018 trip to Canada led her to believe that her and Shawn weren't "on the same page." No matter how much she felt she was losing, Kaitlyn continued that she "knew she would be OK" because "this was the right decision." Who hasn't had to walk away from something or someone in order to make the best choice for yourself? (Cassie may or may not have some thoughts on this, too.)

This isn't Kaitlyn's first time getting honest about heartbreak or sharing her own vulnerabilities. On the Nov. 20 episode of her podcast she opened up about the emotional split for the first time, choosing to find the positivity in her pain. "I know that there are so many bright days ahead, and in a weird way, as much I was dreading releasing that statement and accepting it was the end, it has let me close the door on that thought of forever and start envisioning my new future ahead, which I am excited about," she said.

Shawn took to another Bachelor Nation outlet, Ben Higgins and Ashley Iaconetti's Almost Famous podcast to break his silence. "I do care about her, so I am happy that she doesn't have to, I guess, deal with, maybe, all the pain and the heartbreak because it seems like she's moved on and she's happy," Shawn said, referencing Kaitlyn's relationship with Jason.

As both continue to move in different directions, any person whose ever struggled through a split can relate to the rawness that accompanies them. Kaitlyn's latest comments are a constant reminder to stay true to yourself whether single or in a relationship.