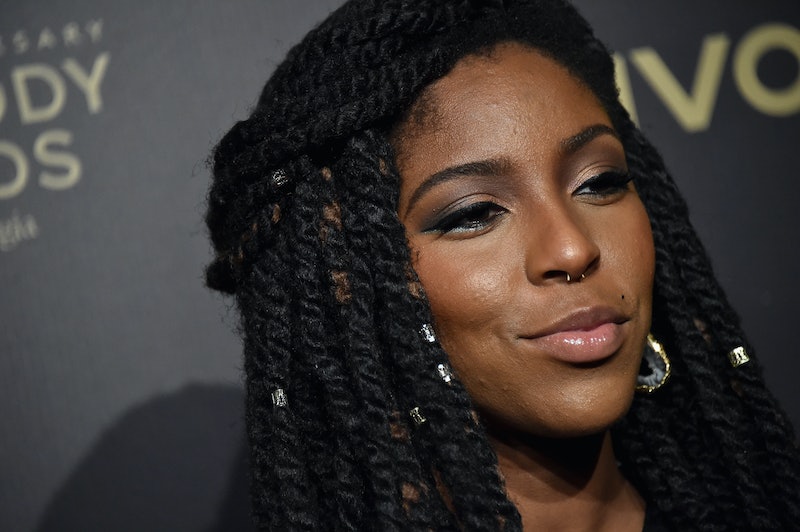 There's something about knowing that a negative experience isn't something that happens to you and only you. Feeling that sense of community with other people can making dealing with anxiety or other negative feelings so much easier. So it might be a comfort to know that some of film and television's most successful women have many of the same fears and hopes you do when it comes to asking for what they want, and trying to bridge the pay gap. Sunday, at Geena Davis and BFF's talk during the Sundance film festival, actor & writer Jessica Williams, showrunner and director Jill Soloway, and actor Michaela Watkins spoke about the many issues that women face in the film industry. But it was the way in which they spoke about asking for equal pay and standing up for themselves in professional situations that truly moved me. Their words could be plucked from conversations I've had with my friends about their professional lives. And that just might help the rest of us feel more secure in our next big asks.

"I still feel like I'm fighting every day," said Soloway, who's at Sundance promoting her second Amazon series, I Love Dick. "Sometimes ... I pretend be a really obnoxious, awful, successful dude to be able to ask for what I feel like I deserve ... I kinda like let my stomach hang out and then just be like, I deserve so much money ... I'm just trying to be obnoxious and demanding and ask for everything I want and act like I'm as special as any obnoxious man and then so much more special because I'm a mom."

And at a time when Emmy Rossum has to fight for the same money as he co-star, William H. Macy, on Showtime's Shameless and Natalie Portman is alleging that she made a third of what her co-star, Ashton Kutcher, made for their 2011 rom-com, No Strings Attached, it makes sense that women in the industry have to try out-of-the-box techniques to get what they deserve. But for some women, including Williams, the battle isn't so much learning to ask, but knowing that you're worth the ask.

"I'm always trying to remind myself of what my worth should be," she said. "I have this internalized [thoughts like] 'You should be happy to be here. You should be glad that you have a seat at the table.' And so I think I'm still trying to figure that out, to be honest ... I'm so focused on this idea that there's scarcity, especially with roles for women and roles for black women. I feel like there aren't a lot of opportunities necessarily of things that would tickle my fancy. So I think trying to remind myself that I'm worth asking for [what I want]."

It's a sentiment that Watkins echoes. She said she no longer feels like "I have to be the good girl every single time when it's like, wait a second, you're a studio, I have a dog, which one of us can afford to like give up on their end a little?" However, she knows that deep down, many women — including herself — need a reminder that they deserve more to get to that point.

"You're not going to ask for anything if you don't feel like you're worth it," said the actor. "And I, like I said, I still come from that place of like, 'I'm lucky to have what I have' and I am. But at the same time, we have to start to get over it and look in the mirror and say nice things to ourselves."

Now, armed with the knowledge that even women who are kicking ass and taking names in Hollywood struggle with the same fears and doubts as the rest of us, I'm hoping it will make it just a little easier for us to stand up and ask for what we want — and what we deserve.