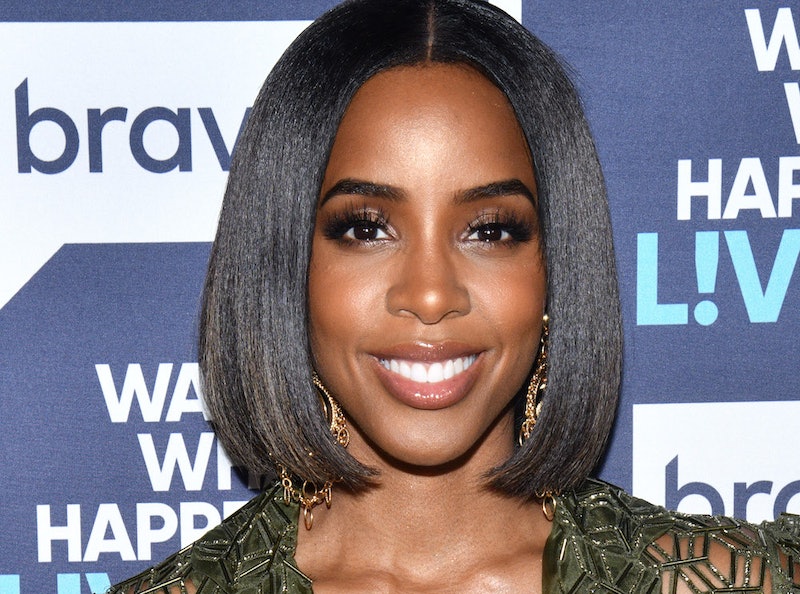 Throw those pagers out the window: Kelly Rowland's least favorite Destiny’s Child song is an iconic one. In an episode of Watch What Happens Live With Andy Cohen on Nov. 24, Rowland reflected on her time with the now defunct girl group and revealed that there’s one particular song that, um, bugged her. “It’s like this one part on the bridge where I’m like, ‘Ugh,'" she said.

When Cohen pressed on her favorite and least favorite tunes by the group, Rowland listed any song from Destiny Fulfilled, the group’s fifth and final album released in 2004, as a favorite. On the other hand, “Bug-a-Boo” is her least favorite. One of the group’s earlier hits, 1999’s “Bug-a-Boo” hails from Destiny Child’s second studio album The Writing’s on the Wall. At the time, the group consisted of original members Rowland, Beyoncé, LaTavia Roberson, and LeToya Luckett. Roberson and Luckett were replaced with Michelle Williams and Farrah Franklin in early 2000. When Franklin left the group five months in, Rowland, Beyoncé, and Williams became the core trio of Destiny’s Child most prominently known today.

As for Rowland’s favorite album, Destiny Fulfilled gave fans hit tracks such as “Soldier,” “Lose My Breath,” and “Cater 2 U.” The group split in 2005, but reunited to fevered frenzy in 2013 at Beyoncé’s Super Bowl halftime show and again in 2018 at Beyoncé’s Coachella performance.

During her WWHL interview, Rowland suggested an all-out Destiny’s Child reunion isn't in the cards right now. “We haven’t talked about it,” she said. “We talk about everything else but that right now.” Still, Rowland hinted that it’s something that shouldn't be entirely ruled out. “I like the surprise of it, you know what I mean? Y’all know everything," she added. "Can we just hold a surprise for something?”

The possibility of a reunion isn’t the only thing Cohen grilled Rowland about. Yes, Rowland was asked once again about that infamous Excel scene from Nelly’s “Dilemma” music video. In the 2002 video, Rowland plays Nelly's love interest who sends him a text message via Excel spreadsheet. When Cohen asked about the Excel sheet, an exasperated Rowland hilariously replied, “Oh, my God! I am so tired of this question! You’re supposed to be the person to ask me a different question! This is not the right question.”

More like this
Drake’s Surprise Performance With The Backstreet Boys Was Fans’ Fire
By Stephanie Topacio Long
S Club 7’s Jon Lee Continues To Reach For The Stars
By Rachel Mantock
Adele Says It Would Be “Wonderful” To Have Kids With Boyfriend Rich Paul
By Jake Viswanath
Rihanna Is America's Youngest Self-Made Woman Billionaire, According To 'Forbes'
By Hugh McIntyre
Get Even More From Bustle — Sign Up For The Newsletter