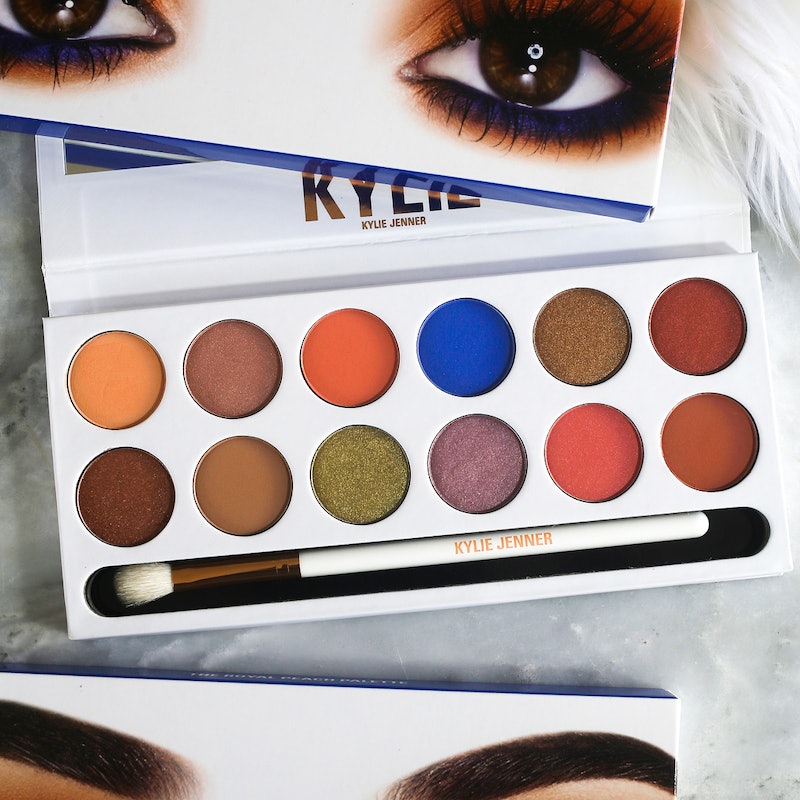 Kylie Cosmetics is off to one heck of a start in 2018. Not only did the brand just launch a brand new palette called Blue Honey, but it also launched four new lippies to go along with it. Now, the brand is giving fans more of what they want. Kylie Cosmetics 40 percent off sale is happening right now, and it's honestly too good to miss. However, if you don't move fast, you may just blink, and it'll be gone.

According to the Kylie Cosmetics Instagram account, Kylie Jenner's eponymous brand is giving fans a whopping 40 percent some of its best selling products. While it's not the whole site, it's still an exciting discount for those who have missed out on some of the brand's more well-known goods.

The caveat about the sale, however, is that it's only for 24 hours. According to the announcement the sale began Jan. 30 at 11 a.m. ET/8 a.m. PT and will will end Jan. 31 at 11 a.m. ET/8 a.m. PT. If you want to snag something, it's definitely time to get your wallet out because if these items don't sell out given their discounted prices, the time for the massive percentage off is super quick.

As for what's on sale, you won't be purchasing any of Jenner's classic liquid lipstick kits or her new classic bullet lippies. It seems that this sale revolves around eye and face products. Including are the Royal Peach palette, the Naughty palette from the Holiday Collection, the Take Me On Vacation palette from last summer, the KoKo Kollection Face palette, and the Kylie Cosmetics holiday collection makeup bag.

Obviously, at 40 percent off, the price reduction for these Kylie Cosmetics items is next level. For example, if you wanted to purchase the Royal Peach Palette but couldn't bear to spend the $47 retail cost, it has now been reduced down to a cool $27.

As for one of most recent launches, the popular Naughty palette is also up for grabs for a low price. With an original retail value of $44, it's been dropped down to $26.40. Talk about a steal, right?

As for why Jenner has chosen to have the sale, there's been no reason given. There's no holiday around the corner except Valentine's Day, but there is a chance that this is a sign of things to come. Despite Kylie Cosmetics being e-retail, they're still just like any other business. Could they be clearing out stock for something new?

Jenner has previously released Valentine's Day collections, and why should this year be any different? While rumors of a potential pregnancy are still swirling and an alleged due date must be coming, Jenner is still a business woman with a team of people, and women can do more than one thing at a time. It's highly unlikely that she wouldn't be releasing a new collection given the sale's suspect timing.

If you want to purchase any of the items in the 40 percent off sale, head to Jenner's site now. While these products aren't new releases and thus are less likely to sell out completely, the discount for customers only lasts for 24 hours, and time is a'ticking.