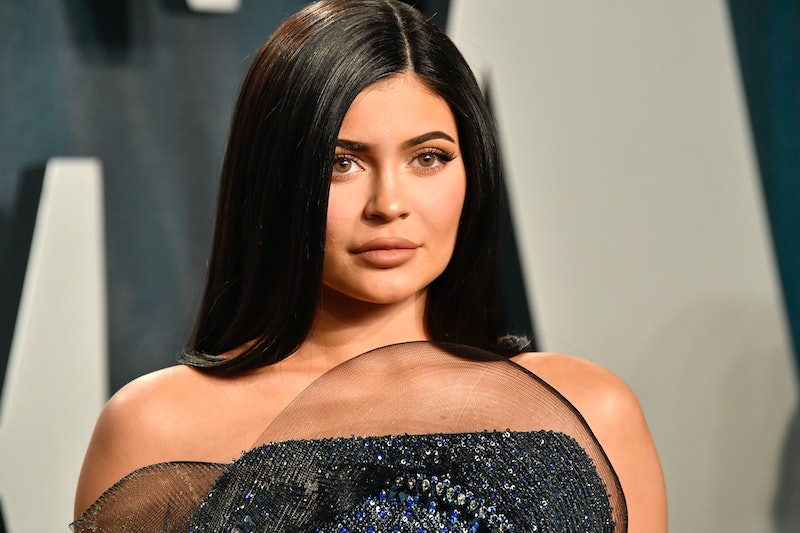 Kylie Jenner's hair is an ever moving target. From her matching bob moments with sister Kim Kardashian West to the former days when she switched her hair color on what felt like the daily, the Kylie Cosmetics founder's hair is never stagnant. Now, Kylie Jenner's hair is the shortest it's ever been thanks to a chop from hairstylist Jesus Guerrero.

Late Thursday evening, Jenner uploaded a short video to her Instagram stories showcasing her newly short locks. The style, which was still wet and in the process of being style when she uploaded, fell just below her ears and roughly an inch or two above her shoulders. While the star has donned pixie cut wigs to twin with her mother Kris Jenner and a that famous signature bob that she shared with sister Kim, the new 'do marks the shortest her natural hair as ever been.

Jenner noted the dramatic difference in her video. As she runs her fingers through the much shorter look, a caption at the bottom of the slide reads, "@jesushair said he was giving me a trim and cut off all of my hair."

Even without styling and loosely hanging around her face in wet strands, Jenner's short hair looks great.

Fans, however, probably shouldn't expect the look to stick around for long. While Jenner is no longer dabbling in bright green or teal wigs, she still loves to experiment.

Most recently, the Keeping Up With The Kardashians star has been wearing her hair in a long, blown out style that hit at the midpoint of her back a la her look at an Oscars afterparty. Just over a month ago, she donned a bright yellow bob for Instagram after wearing the same hue in strands that reached her butt.

While Kylie Jenner may have her shortest hair cut ever, don't be surprised if she's rocking waist length hair again in a few hours.