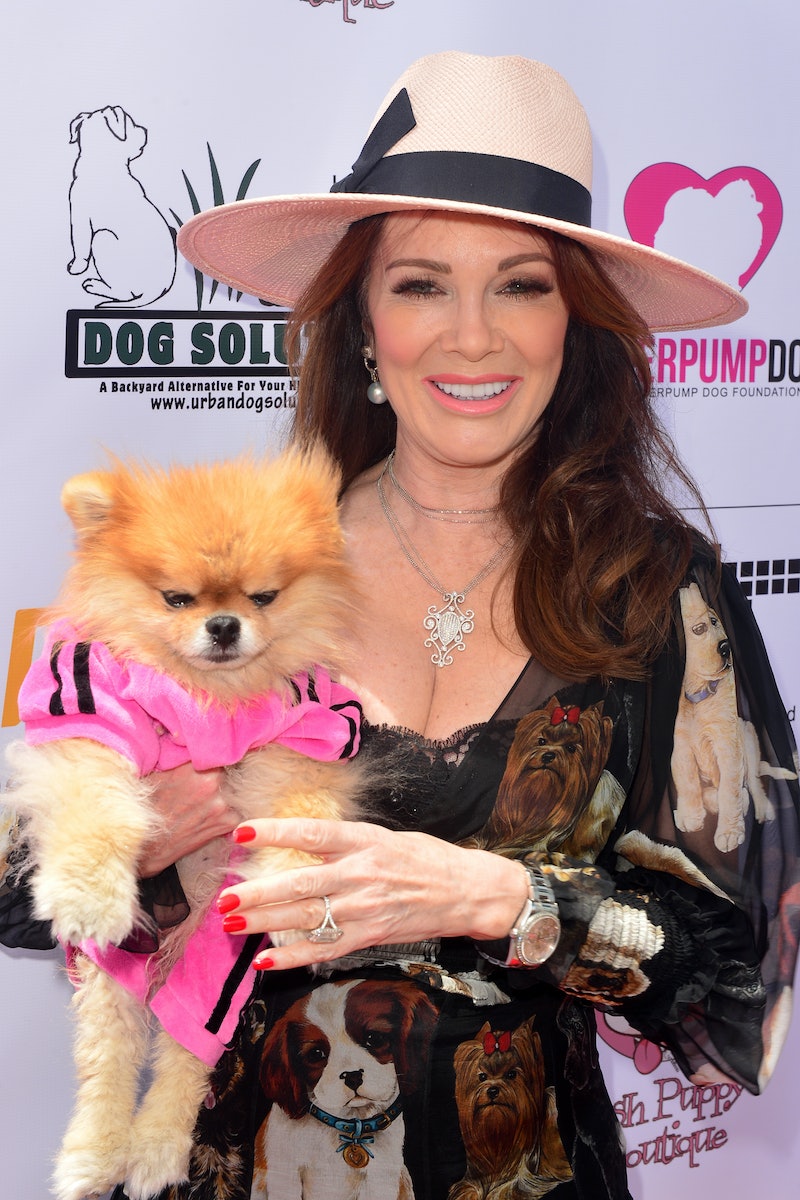 As if her recent exit after a long tenure with the Real Housewives of Beverly Hills and skipping of the Season 9 reunion weren't enough, Lisa Vanderpump's latest comments about her emotional year signal the start of a new chapter. In addition to her public uncoupling with the Bravo reality series she starred on for nearly a decade, LVP recently reflected on the other difficult losses that have plagued her year.

On July 18, Entertainment Tonight caught up with the restaurant owner at a Project Angel Food event in Los Angeles where she discussed how the losses of her brother in April and mother in June impacted her current outlook:

"I've had a lot of negativity in my life over the last year and I really am trying to focus on the good that people can do and bring to the world. Losing my brother to suicide was very very difficult, my only sibling. I really floundered with that and sometimes, you just can't deal. Especially being a restaurateur, you're out in the public eye, and being on television, it was very difficult. Then, I just lost my mother a couple weeks ago. The funeral was last week, so I just came back from England. But that's life, and we all have to deal with loss in our life. It's about moving forward and remembering the good times."

Naturally, conversation soon turned to Vanderpump's much-discussed departure from RHOBH. She told the outlet that during her challenging year, which included opening restaurants Tom Tom and Vegas's Vanderpump Cocktail Garden, she didn't get the support she needed. "It just became very difficult and I just said, 'Oh, OK. That's enough,'" Vanderpump revealed, adding that she didn't "regret it at all" when she stepped away from RHOBH. "What I regret is the fact that my exit wasn't as positive as some of the wonderful moments I've had on the show," she continued. "But sometimes it's just what life throws at you, isn't it?"

As for a future with the franchise, Vanderpump admitted she's "kind of closed the door." But, no worries, Vanderpump Rules fans, it's not going anywhere any time soon. LVP explained:

"Vanderpump Rules is going gangbusters and it's a wonderful show, and I really enjoy being an [executive producer] on that. I love all of the kids, you know, watching them grow up and seeing them and helping them with their struggles. I just hope that I can be to them what I needed when I was struggling. Sometimes they need that support ... I think in life we all screw up; we all make mistakes and how we learn from it [is what's important]."

At the end of the day, Vanderpump told ET that despite "a lot of negativity" surrounding her circumstances with RHOBH, her relationship with Bravo is as clear as a diamond. "Bravo's been incredible to me, and I don't want to see them bashed for anything because it's given me an incredible platform to do wonderful things, and I'm very thankful for that," LVP admitted.

After a tumultuous year, Vanderpump is looking towards a brighter back-half of 2019.