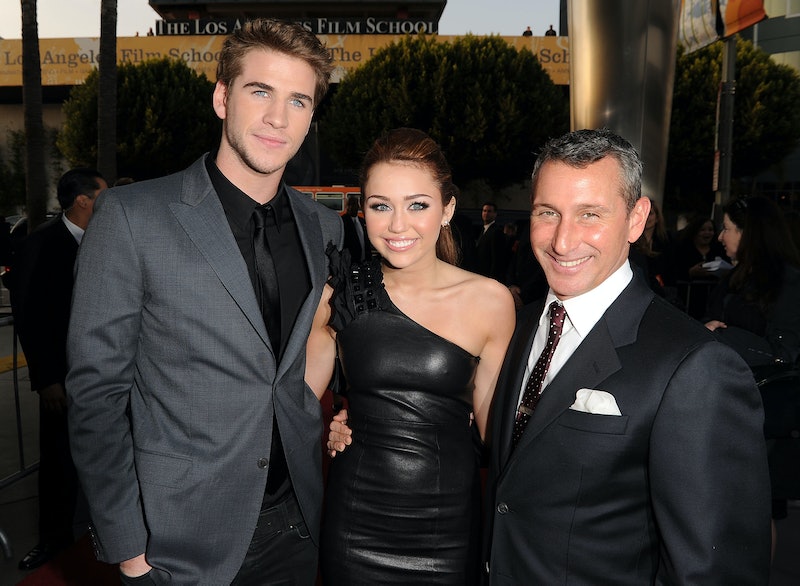 You better believe the person who is apparently "sort of responsible" for making Milesworth a thing is feeling some feelings right now. The Miley Cyrus and Liam Hemsworth split evoked a reaction from The Last Song producer Adam Shankman that is thoughtful, heartfelt, and just the right amount of funny. In a recent interview with Entertainment Tonight, Shankman, who worked on the movie where Cyrus and Hemsworth met over a decade ago, shared his thoughts regarding the A-list couple choosing to go their separate ways. Like the rest of us, the director and choreographer “loves them so much” and is “bummed about” their recent split, but unlike the rest of us, he is “sort of responsible for introducing them.”

The former So You Think You Can Dance judge told ET,

"They are both such good people but I don't think that they would do this if they didn't think it was the right thing to do and they're not capricious people. They've been together for a really long time. Their love is real and very deep, so if this is what's right for them right now, I trust them and I just want them to be happy."

Cyrus and Hemsworth initially connected on the set of 2010 movie The Last Song, and for the next decade or so, their relationship has ebbed and flowed. They’ve broken up and gotten back together, they’ve dated other people, they’ve gotten engaged multiple times, and in December 2018, they tied the knot. On Aug. 10, People announced Cyrus and Hemsworth have chosen to separate after eight months of marriage.

In a statement provided to People, Cyrus’s rep said,

“Liam and Miley have agreed to separate at this time. Ever-evolving, changing as partners and individuals, they have decided this is what’s best while they both focus on themselves and careers. They still remain dedicated parents to all of their animals they share while lovingly taking this time apart. Please respect their process and privacy.”

A few days after the split announcement broke, Hemsworth addressed the news on Instagram. “Just a quick note to say that Miley and I have recently separated and I wish her nothing but health and happiness going forward,” he wrote. “This is a private matter and I have not made, nor will I be making, any comments to any journalists or media outlets. Any reported quotes attributed to me are false. Peace and Love.”

So is the door to Cyrus and Hemsworth's relationship closed for good? Only time will tell, but there may be a glimmer of hope. According to People, a source said that the pair is “having a break right now because they needed it” but claimed this split “doesn’t mean their relationship is completely over.” As the insider reportedly pointed out to People, Cyrus and Hemsworth have “been in similar situations” in the past and “found their way back together again.”

And Shankman may know just the thing that could reunite them. In the aforementioned ET interview, he joked about asking Nicholas Sparks to "write a sequel [to The Last Song], see what we could get going." So you think you can matchmake... again.