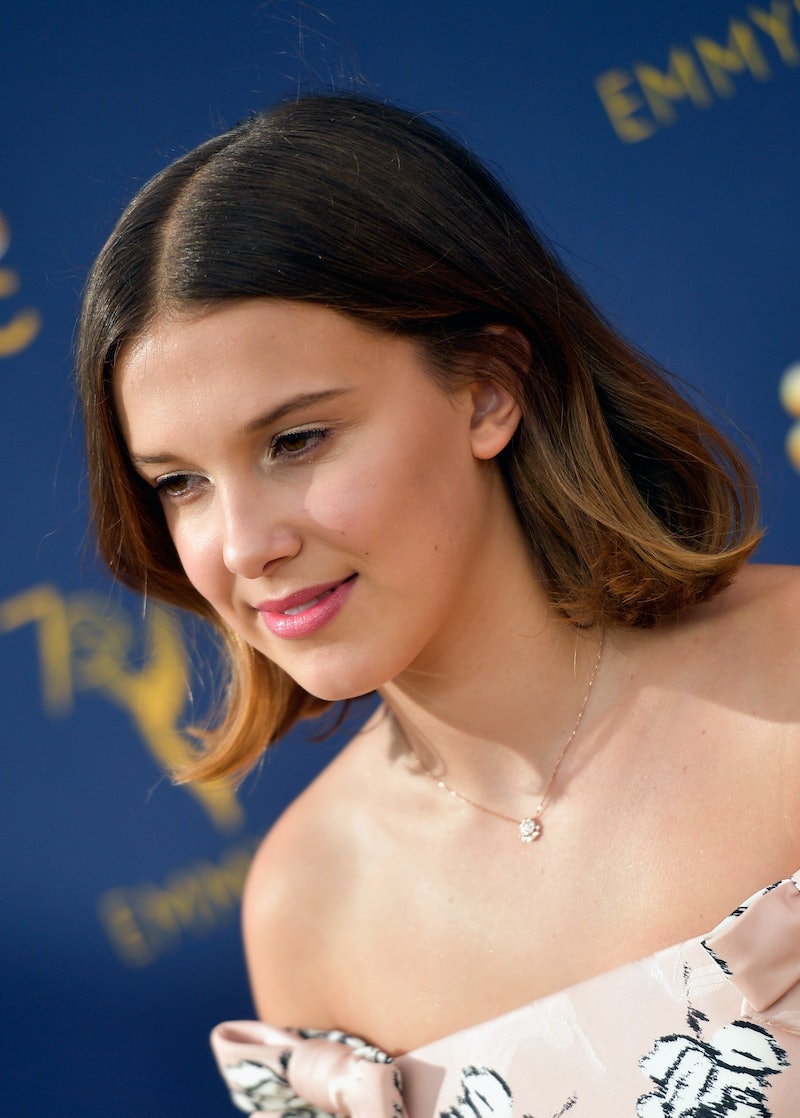 Whether she's wearing a couture gown, a T-shirt and jeans, or a minidress with a pair of white Converse, Millie Bobby Brown never ceases to drop jaws wherever she goes — including the red carpet. That's why it wasn't too surprising that Brown looked amazing at the 2018 Emmys, this time in a lovely pink Calvin Klein dress.

This Emmys look was another winner in a long line of hits from Brown, who can't seem to go wrong when it comes to fashion. Take, for example, her white tulle dress from the 2017 Emmys. This equally demure look was a Calvin Klein by Appointment gown, which was one part angelic and one part chic — especially since she wore her short hair slicked back.

She's always spotted in Calvin Klein, not only because the brand is super red-carpet ready, but because Brown has been featured in Calvin Klein campaigns for the past few years. She's also become a fixture at New York Fashion Week, and this year was spotted rocking more Calvin Klein looks at the Spring 2019 runway show.

Brown is quickly rising through the ranks when it comes to fashion. And it's exciting to think where it all might take her in the years to come — especially when she wears gowns like this one.

The dress had such gorgeous detailing. And her pretty pink makeup was the perfect touch.

Of course, Brown certainly isn't short on acting talent, either. We obviously love her for her role as Eleven on Stranger Things, the hit Netflix show where she eats waffles and flips cars with her mind. She doesn't have many speaking lines, but it's never prevented Brown from showing off her acting skills — which include those famously intense stares Eleven is now known for.

Also on the red carpet were many of her cast mates, including Caleb McLaughlin, who was wearing Louis Vuitton; Noah Schnapp, who turned it out in Fendi; and Gaten Matarazzo, who rocked Dolce&Gabbana. (As always, they were looking fashionable beyond their years.) We also got to see Natalia Dyer and Joe Keery, who were as stylish as ever.

Brown — as well as her other young Stranger Things cast mates — constantly show up folks three times their age, not only in the fashion department, but also with their acting skills. Brown, of course, takes the cake, and will definitely be one to watch in the years to come, not only as she hopefully takes on more acting roles, but for what she contributes to the fashion community.